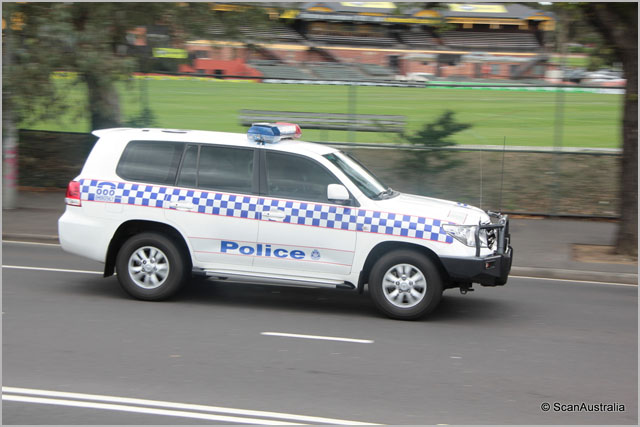 news The sustained inability of Victoria Police to deliver major IT projects appears to have come home to roost at the organisation, with the force this morning laying part of the blame for an 11-year-old boy’s death this week at the doorstep of its ailing IT systems, which failed to provide officers with sufficient information to apprehend an offender in a timely manner.

A 54-year-old man was shot by police in the town of Tyabb this week after he killed his 11-year-old son following a cricket training session. Following the tragedy, this morning Victoria Police Chief Commissioner Ken Lay reportedly revealed the man had five outstanding arrest warrants against him, but that local police were not aware of the warrants due to the failures of Victoria Police’s IT systems when they previously spoke to the man. We recommend you click here for the full article published by the ABC on this subject.

“Now, many of you would be aware our IT systems have been subject to review over the last 10 years or so where there’s been significant criticisms about their inability to help us do the work we need to do. This seems to be another indication of a problem with those systems,” Lay reportedly said.

The news comes after several years of extensive IT project failures at Victoria Police. Perhaps the most obvious problem faced by the division, known as Business Information Technology Services or BITS, is that there are severe doubts about its division to deliver major IT projects that affect frontline policing operations. A report published by the State Services Authority in Victoria in March 2012 found that the division had no ability to deliver such projects.

The most visible of these, known as LINK, was a long-running project which aimed to replace the force’s ancient 17-year-old criminal history and crime reporting database, LEAP — used by almost all of the force’s frontline police. The LINK project failed in March 2010 after half a decade of making very little progress, and the State Government announced it would suspend the project at the time. Another attempt to replace LEAP is currently underway, but its form has not yet become publicly clear.

However, there are also other reasons Victoria Police’s IT department is notorious. In November 2009 a report handed down by Victoria’s Ombudsman found that the department’s IT management had a “disregard for proper procurement and contract management” which led to a situation where some contracts never went to tender, and budgets were skyrocketing. The ombudsman also published an embarassing list of hospitality and entertainment from vendors like IBM accepted by Victoria Police’s IT management at the time.

In March 2009, when the Ombudsman, George Brouwer, kicked off his investigation into Victoria Police’s IT operations, he described its capabilities as “outdated information technologies that are unsuited to a 21st century approach to policing”.

Even when Victoria Police is able to carry out its duties, it is not always able to follow up. A separate report published by the state’s Ombudsman in August this year found that the poor-performing nature of a 15-year-old IT system operated by the State Government has been one of the main contributors to the state losing more than $1.2 billion of revenue from millions of uncollected legal infringement fines. A project to replace the system kicked off in 2007 has not yet delivered on its aims.

The report found that since 2005, about two million warrants worth $886 million had been written off as a result of the Sheriff’s office being unable to enforce them. At the moment, there is a pool of 3.5 million warrants worth more than $1.2 billion which remain uncollected; most of which will not be collected before they expire after five years.

According to a media release issued by Victoria Police in September last year, the organisation finally appointed a new chief information officer at that point, 18 months after Vanderheide’s departure.

The appointee, Wendy Steendam, is an assistant commissioner with Victorian Police who appears to have a distinguished career with the organisation. Steendam’s LinkedIn profile lists her experience with Victoria Police as having lasted for over 29 years. The officer was awarded the Australian Police Medal in the 2011 Queen’s Birthday Honours List.

The APM is only given for distinguished service by a member of an Australian police force, and is only given in small numbers. The total number of APM awards for each police force in each state each year must not exceed one APM for every 1,000 sworn members of police forces.

According to Steendam’s LinkedIn profile, the officer has been most endorsed by her colleagues for skills and expertise along traditional policing lines, such as public safety, emergency services and management, criminal investigations and enforcement. However, the officer’s LinkedIn profile does not include any direct experience in IT operations. iTNews, which first reported the news of Steendam’s appointment, reported that the officer had a background in frontline command and the sex crimes unit.

Victoria Police went to market for a large tranche of IT outsourcing services in July 2013, in a deal which will reportedly be worth up to $340 million and see five separate outsourcing contracts consolidated into one substantial contract representing one of the largest such deals in Australia’s public sector in this period.

opinion/analysis
What can you say here? It appears very clear that Victoria Police’s ongoing abject failure to update its IT systems in any form of competent manner is having a dramatic impact on its ability to carry out its basic operations. In this case, that failure has had a tragic end. We can only hope that this episode serves as a severe wake-up call to the organisation that it needs to start taking its IT operations very seriously.

Delimiter wishes to express our deepest sympathies to the family and friends who have connections with this week’s tragic events in Victoria.