news A flippant response by Malcolm Turnbull to broadband problems being suffered by a high-flying small business owner and executive has backfired on the Communications Minister, with a plethora of responses being published on the social networking site slamming the new Coalition Government’s controversial revision of Labor’s popular National Broadband Network policy.

Julia Keady is a senior marketing and social media consultant who runs the XFactor Consulting Group based in Victoria. According to the executive’s LinkedIn profile, she has developed marketing initiatives for some of Australia’s largest brands, including Australia Post, ANZ and NAB Banks, HBF, Medibank and more. Keady has also worked as the chief executive executive at the Australian Women Donors Network, as well as holding journalist positions earlier in her career. 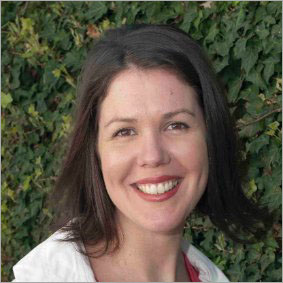 On Twitter yesterday, Keady informed Turnbull that she had bought a house in the rural Victorian town of Ocean Grove, which has a population of about 11,000. “No NBN. No Cable. No ADSL2 or 1. Back to the dongle. Prehistoric. Not good enough,” she wrote. In response, Turnbull asked Keady why, “if connectivity was so vital to you, why did you buy a house where there was no broadband available?”

Keady followed up Turnbull’s question by stating that she had checked whether broadband was available in the relevant area. “Broadband is available. We’re not that silly! But no ports left in exchange. No incentive for telcos!” she wrote.

The exchange sparked some of a small storm on Twitter, with dozens of other users of the site chiming in admonishing Turnbull for his flippant response to the issue, and arguing that rural Australia deserved the same level of telecommunications access as metropolitan Australia.

“Mate, do you even understand the bit where this is literally your job and that answer isn’t acceptable?” one Twitter user asked Turnbull. Another wrote: “Fair question, but the vision for the National Broadband Network was to eliminate this. You are being held responsible and we need it fixed.”

Exacerbating the problem for Turnbull is that the Government’s MyBroadband site launched last month lists most of Ocean Grove as having access to ADSL broadband, meaning it is likely that Keady could have reasonably expected to get some access to broadband if the consultant had used the site to gauge availability. Crowdsourced analysis of the site’s results have shown it to be substantially inaccurate when compared to real-world broadband speeds.

The social media stoush reflects an ongoing level of dissatisfaction which the wider Australian population has with the Coalition’s radical modification of Labor’s popular NBN policy.

Under this scenario, Keady’s issues in Ocean Grove would have been resolved eventually. In fact, some areas of the town are listed as having NBN access already, meaning that it may have been used as a trial for early rollout of Labor’s network.

However, NBN Co’s Strategic Review published in December last year changed the paradigm, with the company recommending (and the Coalition supporting) a vision in which up to a third of Australian premises will be served by the HFC cable networks of Telstra and Optus, and Fibre to the Node and Fibre to the Basement used in other areas not already covered by Labor’s FTTP approach. Satellite and wireless is to be used to cover some rural and regional areas. The plan has been roundly criticised by much of Australia’s technology sector due to the technically inferior nature of the technology being proposed, compared with Labor’s vision.

Labor has admitted its previous contractor-led rollout strategy for its NBN policy had failed, and the rollout was proceeding very slowly. However, under the Coalition’s new model, it is currently unclear what the future holds for Ocean Grove and other areas in terms of what type of broadband it will get and when.

In general, the Australian public has not reacted well to the Coalition’s plans to modify the NBN policy.

In mid-February Shadow Minister for Communications Jason Clare presented to Federal Parliament the signatures of 272,000 Australians who want the new Coalition Government to build Labor’s all-fibre version of the National Broadband Network instead of the technically inferior version which the Coalition is proposing.

The news came as a new comprehensive study of public attitudes towards Labor’s National Broadband Network project published this month found the initiative still enjoyed very high levels of widespread public support from ordinary Australians, despite what the study described as an “overwhelmingly negative” approach to the project by print media such as newspapers.

In November, supporters of Labor’s all-fibre vision for the National Broadband Network project organised a national day of action on the issue, which saw thousands of Australians physically present Members of Parliament with copies of the petition. Supporters also raised tens of thousands of dollars for a pro-NBN advertising campaign in Turnbull’s local newspaper. A number of other surveys conducted over the past 2-3 years have consistently shown strong support for the NBN project amongst Australians, and even Coalition voters.

Before Christmas, respected telecommunications analyst Paul Budde heavily criticised the Coalition’s new preferred broadband deployment model, describing its “Multi-Technology Mix” approach as “a dog’s breakfast” of different technologies, which could turn out to be a “logistical nightmare” to deliver in practice.

This week’s episode on Twitter is also not the first time that Turnbull has faced heavy public criticism over the Coalition’s broadband plan.

An attempt by Turnbull in January to leverage a visit to Facebook’s headquarters in the US to communicate with Australians about the future of the digital economy via social media also backfired, with the Communications Minister’s official Facebook filling up with hundreds of comments slamming the Coalition’s inferior broadband policy.

opinion/analysis
So who’s right here? Well, there are arguments on both sides, but none of them lead down a good path for our Communications Minister.

Firstly, Turnbull is, of course, somewhat right. I’m a small business owner myself, and I have to say that I wouldn’t move to a rural area unless I was 100 percent certain I could definitely get broadband in that area — say, for example, if Labor’s fibre NBN had already been deployed there. Keady did check whether broadband was available in the area, but it’s still a bit of a gamble moving to a rural area, as the consultant found. The ‘lack of ADSL ports’ problem is a pervasive one in some areas in Australia.

There is a small degree of entitlement in Keady’s comments — entitlement which small business operators cannot afford.

However, there’s also a bigger picture here. As Communications Minister and in Opposition, Turnbull has repeatedly pledged to deliver better broadband to Australians, faster, cheaper and more affordably.

The Minister’s comments to Keady were not only impolite, they were an abrogation of that responsibility, as so many other Twitter users pointed out immediately. Sure, given that Turnbull has only been Minister for six months, he can’t be expected to take responsibility for the state of broadband in Ocean Grove. But as a politician, he might have been expected to apologise, to say that he would look into her situation and do what he could about it. That would have cost him absolutely nothing and no time — but would have stopped the Australian Twitterati from going into one of its oh-so-entertaining mass rages.

Turnbull’s not going to get very far selling the Coalition’s broadband plan to a skeptical Australian electorate if he doesn’t play nice.

This episode is symptomatic of Turnbull’s personality in general. The Member for Wentworth is very unusual amongst his colleagues in that he deeply understands social media and uses electronic communication to build a very close relationship with his constituents. His availability and charisma through such channels is what has led him to be extremely popular in the electorate.

However, when Turnbull is on the wrong side of the argument — as he is with the NBN issue — that relationship tends to turn on the MP, and Turnbull can be flippant or even a little bitter with his audience. I recognise the phenomenon, as the same thing happens to me as a journalist sometimes when the majority of Delimiter readers don’t agree with something I’ve written.

Turnbull needs to realise that his fundamental role is to be a representative of the people: And that means all the people, not just those who agree with him. You can’t lead by taking an antagonistic approach with your constituency. You can only lead by gently helping to steer the wave already created by your support base. And right now, the broadband issue is a major one in Australia. Turnbull needs to support people on this issue, not belittle them.