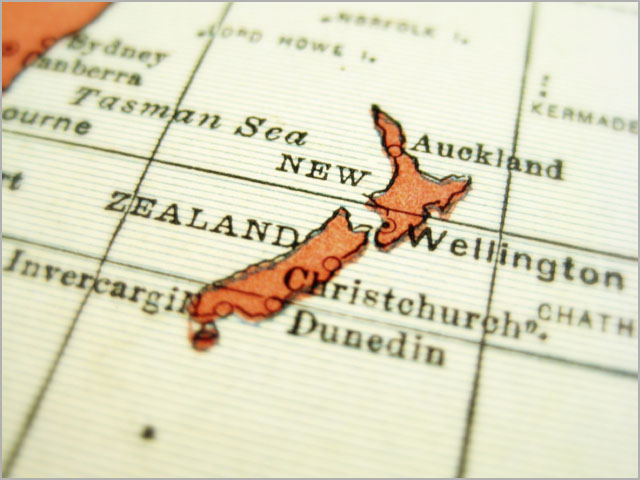 news The New Zealand Government has reportedly explicitly rejected a proposal by Vodafone NZ which would have seen the country take a similar approach to the re-use of existing HFC cable assets in its own national broadband network rollout as the new Coalition Government is proposing to take in Australia.

The New Zealand Government is currently engaged in a wide-scale broadband deployment project dubbed the Ultra-Fast Broadband Initiative. Like the Australian Labor Party’s National Broadband Network project, the effort is based around the deployment of Fibre to the Premises technology throughout the country. New Zealand has a stated aim of delivering broadband speeds of 100Mbps to 75 percent of the population by 2019.

“Vodafone is keen to support Crown Fibre Holdings (CFH) and the Government to ensure the success of the Ultrafast Broadband initiative,” a Vodafone NZ spokesperson said in a statement, although they declined to make the letter available publicly. “CFH is currently engaging with [wholesale telco] Chorus to explore ways of solving the funding issues that have arisen as a result of the adjustment in copper wholesale pricing.”

“Vodafone wrote to CFH earlier this month to share its perspectives on the issues – the letter was copied to [ICT Minister} Hon Amy Adams and [Former ICT Minister] Hon Steven Joyce. Clearly there is a funding gap to be bridged by Chorus, CFH and the industry. One of the suggestions in the letter was that CFH should promote and allow Chorus and the other [local fibre companies] to leverage existing fibre assets to build out the UFB network.”

“Vodafone – and other parties – have existing compatible fibre assets which could be contributed, and thereby reduce the build cost by eliminating overbuild.”

If Crown Fibre Holdings and the New Zealand Government had agreed to re-use Vodafone NZ’s infrastructure as part of the UFB project, it would have meant the project would have taken on some of the aspects of the Coalition’s Broadband Network model which the current Australian Government is currently proposing.

Similarly to the way that Vodafone NZ offered to provide its HFC cable network to CFH to cut the cost of the UFB rollout, NBN Co is believed to be currently negotiating with Telstra and Optus to bring their HFC cable networks into the Coalition’s Broadband Network.

Both governments are currently dominated by conservative/right-wring coalitions — in Australia, the Liberal/National Coalition, and in New Zealand, a coalition led by the National Party. However, according to a report by popular website Stuff in NZ, the NZ Government rejected the HFC cable approach. The site reports:

“Communications Minister Amy Adams said Vodafone was ‘obviously pursuing its own commercial interests’ and the Government ‘will not be stopping the UFB build in any of the candidate areas’.”

Non-profit group InternetNZ, which promotes adoption and development of the Internet in New Zealand, said in a separate statement that it was strongly opposed to Vodafone’s proposal. InternetNZ CEO Jordan Carter described the idea as “a retrograde move” that makes little sense for anyone other than Vodafone.

“UFB needs to be rolled out to as much of New Zealand as possible. This suggestion by Vodafone begs the question, why would Kiwis choose to make use of a second-class network when we are already on our way to having a first–class network?” he said.

“From the beginning, we’ve been a huge supporter of the UFB. InternetNZ welcomed Prime Minster John Key’s commitment to the plan in April 2008, and even commissioned research on the cost of a fibre build that was released later that year. Our long-term commitment to a fibre future is well established.

InternetNZ said it expected the Government to stand strong on its position, which has been that the UFB rollout will continue around the country. “Minister Adams has been spot on with her comments that regardless of Chorus’ financials the UFB build must go on. We back her and the Government to make good on their election pledge of a world-class network for New Zealand,” said Carter. “It makes good economic sense for Vodafone to seek to make best use of the HFC network it bought when it took over TelstraClear, but replacing the UFB isn’t the way to go.”

“While we support Vodafone and others doing some lateral thinking about how to speed up and improve the UFB rollout, this particular suggestion just doesn’t pass muster. The HFC network can deliver decent speeds, but it’s not future proof – the UFB is, and New Zealand needs to stick with it,” Carter said.

The news comes as Chorus has today agreed on a small package of measures with CFH to modify its rollout to make it more effective. The changes do not substantially change the UFB rollout, but will see Chorus allowed to deliver UFB services in multi-dwelling units using existing Cat 5 Ethernet cabling if it already exists in the building. This is not expected to depreciate the UFB service speeds.

opinion/analysis
I know that Delimiter covers technology in the Australian context, but I thought it interesting to see what’s happening over the ditch in New Zealand on the HFC cable, which is so contentious in Australia. Clearly, conservative politicians have a different view of whether the HFC cable network in that country should be reused, compared with the view of Australia’s ruling party.