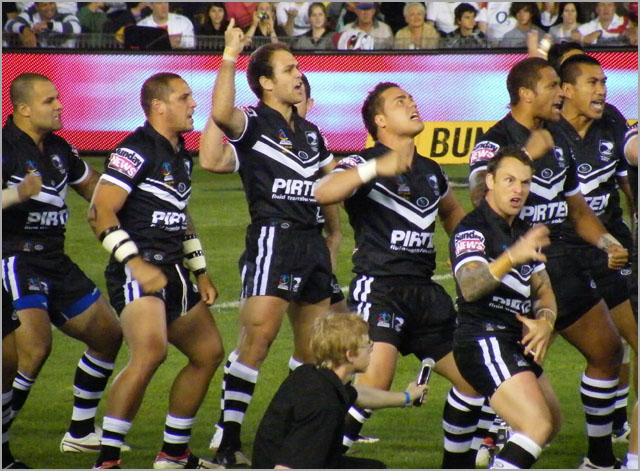 analysis In Australia, poking fun at our New Zealand cousins has become more than just a hobby over the years; these days it enjoys the status of a national sport. However, when it becomes to broadband, the situation has been turned on its head: New Zealand is doing everything right that we are doing wrong. Here’s five ways the Kiwis are smarter than us in this critical area.

First, some background. Like Australia, New Zealand has its own national broadband project. Dubbed the ‘Ultra-Fast Broadband’ project (UFB), it focuses on deploying Fibre to the Premises broadband to most of the population. It is being delivered by several private sector partners, with the rollout as a whole coordinated by a government company known as Crown Fibre Holdings. It is an initiative of the current National (conservative) government led by Prime Minister John Key and was announced in 2008, with the final details confirmed in 2009.

With that out of the way, let’s look at the top five ways New Zealand is kicking Australia’s butt when it comes to the broadband issue.

1. New Zealand’s NBN still has a Fibre to the Premises model

The dream of a national broadband network using the ultimate telecommunications technology — Fibre to the Premises — was first raised in Australia by then-Prime Minister Kevin Rudd and then-Communications Minister Stephen Conroy back in April 2009. Over the four and a half years since that time, Australians increasingly got on board with the vision of a new government telecommunications monopoly, dubbed the National Broadband Network Company, which would deliver that vision, finally fixing the broadband issue in Australia for all time.

However, over that period, the Labor Federal Government almost completely failed to deliver on its broadband promises. In December last year, after taking power, the new Coalition Government fundamentally abandoned Labor’s plan. The Coalition is now supporting a vision in which up to a third of Australian premises will be served by the HFC cable networks of Telstra and Optus, and Fibre to the Node and Fibre to the Basement used in other areas not already covered by Labor’s FTTP approach.

It’s likely that the Coalition’s ‘Multi-Technology Mix’ model will deliver many Australians better broadband over the next five years. However, even NBN Co executive chairman Ziggy Switkowski — a Coalition appointee hand-picked for the role — admits portions of the network will require upgrading in as short a period as five years’ time. The MTM mix does not represent a long-term solution to Australia’s telecommunications needs.

In contrast, New Zealand is sticking by its FTTP guns. As NZ Communications Minister Amy Adams said during a visit to Australia in August 2012: “It made better sense to do it now rather than have to come back in the future and retrofit fibre to the node to the fibre to the home connection.”

2. NZ’s Opposition isn’t trying to tear its NBN down

As in Australia, New Zealand has two major sides of politics — a conservative/liberalist side and a Labor/socialist side. The current Opposition is largely formed from the New Zealand Labour Party. In Australia, while in Opposition, the Coalition did everything it could to tear down Labor’s NBN project, with then-Opposition Leader Tony Abbott famously telling Turnbull to “demolish” the project. Coalition MPs in Australia have been constantly critical of the project on every front.

Much of the Coalition’s criticism has focused on the fundamental nature of the project. Turnbull has stated on many occasions that the project uses technology — FTTP — which is too expensive, and that the Government should have focused on cheaper technologies such as Fibre to the Node, as well as reusing HFC cable. In addition, at a basic level, the Coalition does not support the idea of the Government building a new broadband network, but would rather incentivise the private sector to handle the issue.

In New Zealand, the Opposition has taken a radically different approach to the criticism of the Government’s Ultra-Fast Broadband project. I wouldn’t say NZ Labour is fully in favour of the UFB project, but neither is it trying to destroy it.

Instead of trying to tear the project as a whole down, the Opposition has criticised the Government over specific aspects of the project, as well as its management of specific aspects of the telco regulatory regime (such as the ‘copper tax’ issue). You can read through this criticism online here. You’ll find a real dearth of vitriol and more sober examination of the broadband issue in general. If I could sum it up, I would say that the NZ Opposition’s handling of the broadband issue seems designed to hold the Government accountable for its mistakes, while not trying to torpedo the project as a whole.

By any measure, Australia’s rollout goals for our NBN project have been too ambitious. When initially announced, the Government planned for the NBN’s fibre to reach about 93 percent of premises by June 2021, with the remainder to be served more quickly by satellite and wireless.

In contrast, New Zealand has taken a more conservative and realistic approach, with the aim of bringing FTTP broadband to just 75 percent of New Zealanders over a ten year period, concentrating in the first six years on priority broadband users such as businesses, schools and health services.

And New Zealand has proven remarkably effective at meeting its deployment goals. Crown Fibre Holdings announced in August 2013 that the project was 20 percent complete was on track to reach the 75 percent coverage mark by the end of 2019. “We’re very pleased to see that just over half of urban businesses now have access to UFB, while 67 percent of schools in UFB areas are now able to connect to the network”, said CFH chief executive Graham Mitchell at the time.

Part of the issue here is related to perceptions. The Australian Government hyped up its NBN project to huge levels. Consequently, when it didn’t deliver, many Australians were very disappointed. This allowed the Opposition an angle to argument that the project should be radically overhauled. By using very modest, slow-moving targets, New Zealand has been able to maintain the non-controversial nature of its UFB project. The project is moving slowly but steadily towards fruition.

One of the fundamental precepts which politicians creating telecommunications policy over the past decade have realised globally is that the main impediment to the development of high-speed broadband in their country is usually the incumbent telco — a massive, national player like Telstra which owns each country’s copper telephony network, and used to be owned by each country’s government but was privatised some time over the past decade.

There are two key problems with incumbents. Firstly, they enjoy massive advantages over rivals, courtesy of their existing network footprint and subscriber base. Secondly, their vertically integrated nature (being both wholesale and retail players) means that they are likely to undercut the development of competition in broadband markets, by treating their own retail arms more favourably than their competitors, who are forced to engage with their massive infrastructure footprint.

This usually means incumbent telcos are not incentivised to upgrade their infrastructure with high-speed broadband. Instead, they typically will sweat their assets, continually generating profits for their shareholders.

In 2011, New Zealand, like other countries such as the UK, fixed this problem by splitting their incumbent telco into different wholesale and retail arms. Hence the country has a new, wholesale-only, publicly listed telco named Chorus, which looks after the infrastructure formerly owned by Telecom New Zealand after it split off from the mothership. Telecom NZ itself is re-branding along more retail lines.

Chorus is actively working with the NZ Government on the UFB project, and it’s also actively developing its own systems and focusing on the wholesale market. It has no interaction with retail customers.

In Australia, successive governments have failed to take the same action with regard to Telstra, meaning that Telstra still maintains dominant control over the telecommunications industry (both retail and wholesale). It also means that the Government is forced into costly and expensive negotiations for access to Telstra’s infrastructure as part of any national broadband upgrade, and that rival telcos are continually forced to work with the competition regulator, the Australian Competition and Consumer Commission, to get basic access to Telstra’s infrastructure.

5. NZ’s incumbent telco is doing most of its NBN rollout

If you examine the construction model which the previous Labor Government chose for its NBN rollout (consisting of independent contractors deploying the infrastructure, coordinated by a central government-owned company), you would have to come to the conclusion that it is highly unusual in international terms.

Globally, it is usually only incumbent telcos that are able to successfully upgrade their own networks. There are very solid reasons for this. Incumbent telcos have high levels of degree and expertise in dealing with their own infrastructure. They have large existing workforces which can be converted to deal with construction work. They have specific and detailed information about the geography of every city, every suburb, every street, every actual premise, which no other company has.

The failure to engage Telstra in the process of upgrading its network has had quite a dramatic effect upon Australia’s deployment of its NBN infrastructure. The rollout was significantly delayed right from the start by the need to negotiate with Telstra on access to the telco’s infrastructure; a delay that would not have occurred had Telstra been upgrading its own infrastructure. Even former Communications Minister Stephen Conroy has acknowledged that the external contractor model used by NBN Co has failed, and in several states — Western Australia, the Northern Territory and to a certain extent South Australia — contractors have had to be removed from the construction effort because of a lack of ability to deliver.

As in Australia, New Zealand established a government company, Crown Fibre Holdings, to get its own UFB rollout done. And, as in Australia, external contractors have been commissioned to deploy the network.

However, the key difference is that New Zealand has commissioned Chorus, the existing incumbent operator of the country’s copper network, to conduct the majority of its UFB rollout. Chorus is currently conducting 69.4 percent of the rollout, with other major utility companies Northpower, Waikato Networks and Enable Services conducting the rest.

In its model, New Zealand has taken a best of both worlds approach. Unlike Australia, it has contracted the incumbent telco to conduct most of its FTTP rollout. However, like Australia, it has also made use of regional utility manpower where appropriate. The net result has been significantly greater certainty and capability in the rollout.

So, are you convinced yet that New Zealanders are smarter than Australians when it comes to the deployment of high-speed broadband? No matter how you look at New Zealand’s Ultra-Fast Broadband project, it is apparent that our Kiwi neighbours are doing a better job of that project than Australia is doing with its own broadband initiative.

New Zealand’s politicians aren’t incessantly fighting each other on the issue and trying to tear each other’s projects down wholesale, as ours are in Australia. The country wisely split its incumbent telco several years ago, ensuring stable competition in the local market and that the incumbent would help with its high-speed broadband rollout. New Zealand has more reasonable rollout goals, and, most importantly, it’s still focused on using the best technology available — Fibre to the Premises.

I don’t blame them. I think the same thing every goddamn day.