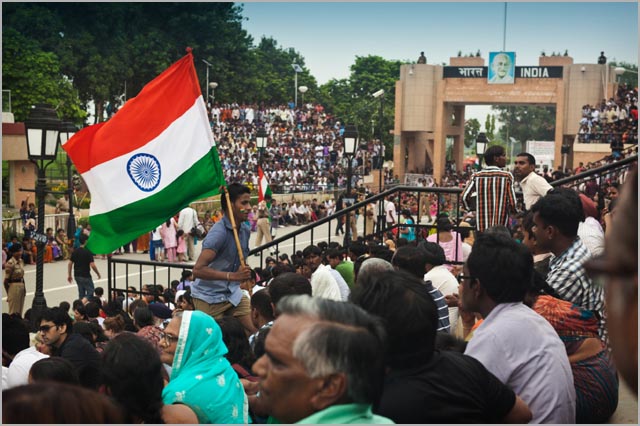 news The Victorian Department of Human Services has reportedly investigated handing the re-development of its troubled client and case management system to an offshore provider in the popular IT outsourcing country of India, in one of the first signals that the state recognises the unsustainable nature of its current onshored resources.

In November 2011, Victoria’s Ombudsman has handed down one of the most damning assessments of public sector IT project governance in Australia’s history, noting total cost over-runs of $1.44 billion, extensive delays and a general failure to actually deliver on stated aims in 10 major IT projects carried out by the state over the past half-decade.

One of those projects was the development of a new Client Relationship Information System (CRIS) for the Department of Human Services, which had ballooned in cost from $22 million to $70 million. More recent estimates have placed the blowout related to the development of the system at around $100 million.

In the days following the report, various options were publicly discussed as to how the state could start to resolve its problems. One of those options, highlighted by Peter Carr, the managing director of Queensland-based analyst firm Longhaus, was for the state to realise that it was unlikely that enough skilled labor existed for state governments to competently run their own on-shore IT service delivery centres at cost levels which they can afford to pay.

In the view of Carr, the state needed to increasingly look to the private sector to source its IT project and service delivery needs.

Victoria has indeed started pursuing this aim, initially through seeking to outsource the core services currently being provided internally by IT shared services division CenITex. However, up until now the state — like every other state and Federal Government around Australia — has been reluctant to follow the private sector and make use of offshored IT resources, due to issues with data sovereignty and the sensitivity of giving foreign nationals access to data on Australian citizens.

Over the past several decades, the nation’s major banks alone have shifted the jobs of thousands upon thousands of IT workers offshore over the past decade. ANZ Bank alone currently employs around 5,000 predominantly tech staff in its Bangalore facility in India. However the practice is extremely rare in the public sector.

However, last week the Victorian Government was revealed to have taken the first steps down the offshoring path. The Age newspaper reported that the re-development of the DHS client and case management system could be handed to an IT services company based in India.

Minister for Community Services Mary Wooldridge was questioned by the Opposition on the issue, as reported by The Age and iTNews, in parliamentary Question Time last week, and did not deny that an Indian provider was being considered.

Wooldridge said that the Victorian Ombudsman had reported on the project and found that it had blown out by over $100 million under Victoria’s previous Labor Government. “That is what we inherited as a Coalition Government across IT systems management,” the Minister added. “HealthSMART, police systems …”

“… We have example after example of where we have had to manage an IT system, in whichever portfolio or department we have responsibility for, that has been bungled, mismanaged and overrun in terms of cost by the former government. As a government, we are making substantial inroads towards improving these systems. Whether it be the police information system, the education system, HealthSMART or the case management system in the Department of Human Services, we have had to fix the failures of the former government.”

Wooldridge added: “What we are doing is undertaking, as anyone would expect, a probity-managed tender system so that we can deliver an integrated client view, and there are four permanent jobs in relation to this IT system. I support the fact that we look for value for money in relation to services and the capacity to deliver an IT system, in contrast to what we saw in the past from Labor, which gave jobs to its mates ahead of what happens in terms of service delivery and capacity.”

“We are going through an appropriate process with a publicly advertised tender to find someone to deliver an integrated IT system which will mean that we can deliver integrated services for vulnerable families. That process will continue under this government so we can make sure we are investing in good outcomes for vulnerable families in this state.”

The news comes as IT problems continue to plague the Victorian Government in general. Several weeks ago, the Victorian police force laid part of the blame for an 11-year-old boy’s death this week at the doorstep of its ailing IT systems, which failed to provide officers with sufficient information to apprehend an offender in a timely manner.

A 54-year-old man was shot by police in the town of Tyabb that week after he killed his 11-year-old son following a cricket training session. Following the tragedy, this morning Victoria Police Chief Commissioner Ken Lay reportedly revealed the man had five outstanding arrest warrants against him, but that local police were not aware of the warrants due to the failures of Victoria Police’s IT systems when they previously spoke to the man. We recommend you click here for the full article published by the ABC on this subject.

“Now, many of you would be aware our IT systems have been subject to review over the last 10 years or so where there’s been significant criticisms about their inability to help us do the work we need to do. This seems to be another indication of a problem with those systems,” Lay reportedly said.

The news comes after several years of extensive IT project failures at Victoria Police. Perhaps the most obvious problem faced by the division, known as Business Information Technology Services or BITS, is that there are severe doubts about its division to deliver major IT projects that affect frontline policing operations. A report published by the State Services Authority in Victoria in March 2012 found that the division had no ability to deliver such projects.

opinion/analysis
Wow. Huge step being taken here by the Victorian Government. I think most informed commentators will agree that investigating offshoring initiatives is absolutely necessary for the Victorian Government in particular at this point. There is no doubt that the state’s attempts to develop an internal IT project and service delivery function have broadly failed across the board, and that it will face problems being able to afford onshored IT vendors for all of its needs. That just leaves offshoring. I anticipate that in many cases, the state government will face a choice between offshoring this kind of work or not doing it at all. And not doing it at all is not an option for governments.

There will be many who will complain about this kind of initiative. However, I would point out that the Australian Labor Party does not directly represent the IT workers affected by this kind of offshoring initiative, as union membership amongst IT professionals is very, very low compared to blue collar jobs like manufacturing. By and large Australian IT workers are used to working with offshored resources at this point, after a decade of the practice in major private sector organisations such as banks.

I think the quicker everyone gets over the stigma of this kind of work and gets on with the job of delivering better services for Australians, the better. I certainly don’t think many IT jobs are at risk. Certainly, any competent IT professional who wants a job with a government department or agency is probably going to be able to get one at this point, given the labor shortage in Australia’s IT industry and the ongoing requirements of government.

It may sound like a harsh reality, and I’m probably exaggerating a bit here. But the trend is clear: Australian State Governments are failing at IT project and service delivery right now, and they need to look for out of the box options. Offshoring is one such option which has worked very well for the private sector. The model usually works along the lines of shunting the grunt work offshore while keeping the smarts (high-level IT workers and managers) and the data located in Australia. Let’s hope this trial works well in Victoria.