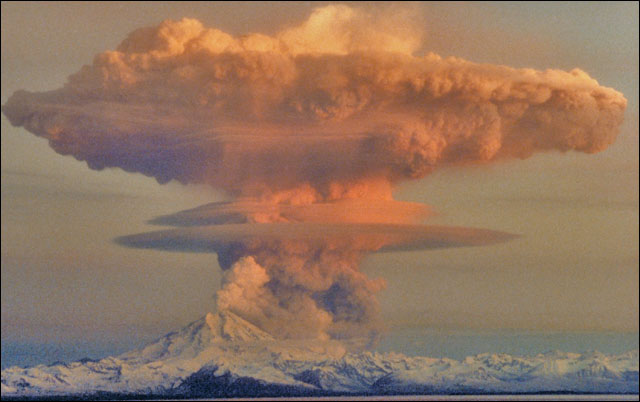 news Ninety percent of the Queensland Government’s ICT systems are outdated and will require replacement within five years at a total cost of $7.4 billion, the state’s first comprehensive ICT Audit released today revealed, as Queensland continues to grapple with the catastrophic outcome of years of “chronic underfunding” into its dilapidated ICT infrastructure.

In late May 2012, the new Liberal-National Party State Government in Queensland announced it would conduct a six month whole of government Audit into ICT systems used across the state public sector, in a bid to identify potential savings and efficiencies ahead of projected rationalisation of its ICT assets and processes. The Audit, announced by then-Queensland IT Minister Ros Bates, who has since resigned her post, was to cost $5.2 million, use 32 public servants to complete and report in October last year.

This morning, in what will be perceived as a landmark moment for Queensland’s ICT industry, the state’s new ICT Minister Ian Walker finally released the full ICT Audit document to the State Parliament (you can download the PDF here), in addition to two subsidiary documents: An information memorandum on application and technology duplication in the state’s ICT operations (PDF), and the Government’s formal response (PDF) to recommendations contained in the Audit.

The Audit document is extremely large and complex. However, a cursory reading appears to show that the State Government’s ICT systems are in a disastrous state and require urgent intervention and government funding across the board.

“The complex, under-maintained and ageing environment has collectively reached a state of decline, where 90% of the current ICT portfolio requires replacement within five years – leaving the government with a total replacement cost of at least $7.4 billion,” the report states. “The task of addressing this issue is complex and expensive and has created a systemic business risk for government.”

The document notes that the Audit provides a unique view of the current state of ICT within the Queensland Government which was not previously possible to obtain.

“It has revealed a portfolio of ICT systems in a state of decline as a result of a long period of fragmented and minimally constrained growth, combined with chronic underfunding,” the Audit notes. “Underfunding has translated into minimal maintenance and upgrades of existing ICT platforms, resulting in ICT environments which are ageing and difficult to maintain. The fragmentation and lack of constraints has resulted in an eclectic mix of technologies and systems that complicate the management and upgrade of the total ICT portfolio.”

“The Audit revealed a number of systems that present a critical risk to government. These systems are typically long overdue for replacement, large and complex, and underpin critical activities. These systems will require urgent attention to avoid rendering key parts of government inoperable.”

For example, the Department of Community Safety (which houses ambulance, fire and rescue, corrective services and emergency management functions) is in urgent need of a new HR management system to manage its workforce. The system was listed as reaching its end of life status five years ago in June 2008, and needs to be replaced at a projected cost of $150 million.

The need for the deployment of this style of system is particularly troubling for the Queensland Government, coming as it does after the disastrous failure of a similar implementation at Queensland Health, which ballooned out in cost to the point where it is currently estimated that it will cost some $1.2 billion in total by the time the project is complete. The failure of the Queensland Health payroll systems upgrade left many of the state’s medical workers without pay for lengthy periods, and contributed to the public’s poor opinion of the previous Bligh Labor administration.

The Department of Energy and Resource Management needs $40 million to replace a “mission critical” system for all land and property-related transactions, developed in Visual Basic 6, which was released in 1998 and will shortly reach its end of life. The Department of Justice and the Attorney-General has a cluster of important legal systems handling areas such as juries administration and case management which need to be replaced, although the department did not allocate a cost to the upgrades.

The Department of Communities, Child Safety and Disability Services similarly has a cluster of systems which need replacing in areas such as client case management (for families and the disabled under its care, for example), as well as systems dealing with the management of children placed in foster care. Tenancy management systems are also out of date at the department. In total, several hundred millions of dollars in funding is needed to replace IT systems at the department.

Queensland Health’s woes are not limited to its botched payroll system. The department also needs $250 million to upgrade its patient administration system in hospitals, as well as a cluster of smaller systems supporting medical care.

The Queensland Police Service appears to be faring a little better, but still has a clutch of IT systems listed as needing replacements. The Department of Transport and Main Roads appears to be in a similar state to Queensland Health and the Department of Communities, with several initiatives, including vehicle registration systems and roads management systems, requiring tens of millions of dollars each to be replaced.

“The combination of poor technical condition, complex, custom applications all reaching end of life in a short time horizon dictates that a different strategy will be needed to provide the required level of capability. Continuing to source that capability through heavily customised or purpose-built applications software is no longer sustainable.”

“By any measure, the ICTC initiative has been unsuccessful. It has struggled to get agencies to comply with the requirement (set by Cabinet) to consolidate data centres24 and ICT infrastructure. Six years after the Service Delivery and Performance Commission‘s recommendations were released the mandate for infrastructure consolidation remains ineffective and 45% of the Polaris data centre remains underutilised. The cost of unused floor space at Polaris is $3.26 million per annum.”

“The Queensland Government has a plethora of data and phone networks, all evolving out of local agency requirements,” the ICT Audit states. “These networks are supported by thousands of contracts with telecommunications vendors. With the exception of internet services and some multi- agency initiatives (e.g. Public Safety Network), decisions on telecommunications arrangements are made at the agency level.”

“From a procurement perspective, the level of attention paid to the quality of these arrangements across government has generally been substandard. As a result, government has a range of telecommunications arrangements33 in place that have been either strategically inappropriate or simply too expensive relative to current market rates.”

“The Queensland Government is paying for a large number of networks covering the same geographic area with no ability to aggregate capacity or speed. This agency centric investment in telecommunications prevents government from leveraging economies of scale.”

Ultimately the ICT Audit strongly recommended a fundamental change to the way the Queensland Government procures and implements technology solutions. In general, it recommends the Government stop developing its own IT solutions and move to commodity platforms which are more easily supported; that it stop providing IT services in-house and outsource them, and that it move to a cloud computing model for services as much as possible.

The Audit emphasises that action must be taken: “Debating subtle nuances of the approach will waste precious time that the government simply does not have.” If it is to maintain its ability to deliver key services to the community, the Audit notes that a number of key initiatives as outlined above must start immediately and in parallel.

opinion/analysis
Wow. Just wow. I thought that the Victorian Ombudsman’s report into IT project delivery in the Victorian Government in November 2011 was bad. But this ICT Audit delivered by the Queensland Government shows that the state’s ICT systems are in nothing short of a disastrous situation. Virtually every major IT system in the Queensland Government needs replacing, as does much of its fundamental IT infrastructure.

I have never seen such a nightmare situation in my decade of reporting as a technology journalist in Australia. The depth and breadth of the problem facing the Queensland Government right now when it comes to its ICT operations is simply staggering, and virtually impossible to get your head around.

There is a lot to delve into in this report, and I haven’t even really begun to scratch the surface here. Next week I’ll follow up with a series of stories looking at the potential way forward for the Queensland Government with respect to the remediation of its ICT systems and infrastructure, as well as the LNP administration’s response, and other associated matters.

But let me say this: If you work in IT in the Queensland Government, you’re probably facing a big choice right now. Either get out and go somewhere more sane immediately (the preferable option from a personal perspective), or face the reality that you possibly work in the worst place in Australia when it comes to the use of technology in a government or business context, and that things are probably going to fall apart in increasingly disastrous ways in the near future. Shit is going to hit the fan.

I don’t swear lightly in Delimiter articles. But holy flying death lizard: What the fuck, Queensland? How did you manage to screw up almost every single aspect of your ICT operations? How did things get this epically, fundamentally, catastrophically bad? This is a nightmare which any chief information officer in their right mind would run screaming away from.