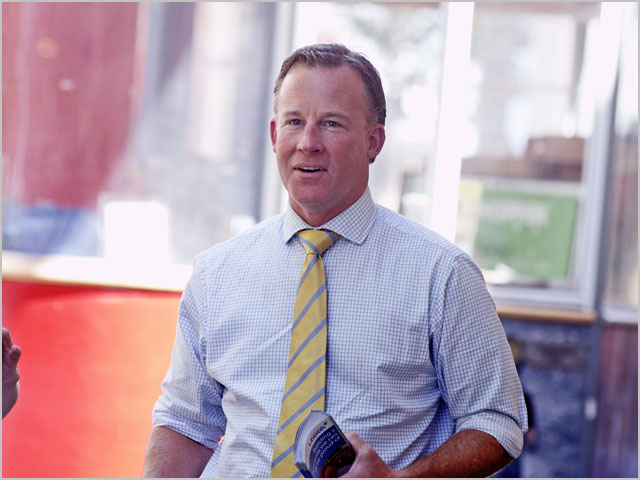 news Tasmanian Liberal Leader Will Hodgman has made the extraordinary admission that the Federal Coalition’s unpopular broadband policy could cost the party the upcoming Tasmanian State Election, in the latest in a series of ongoing signs that the policy is not going down well in the island state.

Many Tasmanians believe the Coalition, specifically Communications Minister Malcom Turnbull, committed the Coalition’s Broadband Network rollout (CBN) in the state to a full Fibre to the Premises deployment during last year’s Federal Election campaign. However, in fact, Turnbull never explicitly made such a promise; stating only that a Coalition Government would honour construction contracts signed by NBN Co. Some Tasmanians took this statement to mean that the Coalition would commit to a full rollout of Fibre to the Premises broadband in the state.

In a separate statement last week posted on his website, Turnbull himself attempted subsequently to pin the blame for the issue on NBN Co contractor Visionstream, which is deploying a majority of the CBN infrastructure in the state.

However, the issue is still a hot one in Tasmania, which is shortly slated to head to its state election. At this stage, every political party in Tasmania has lined up in support of a full FTTP broadband rollout in the state, including Tasmanian Liberal Leader Will Hodgman, who said last week that he had spoken directly to Turnbull arguing “strongly” that Tasmania needed a full rollout of FTTP broadband technology.

At a press conference yesterday, the situation intensified further, with multiple media outlets reporting that Hodgman was overheard telling his colleague Jacquie Petrusma the issue could cost his party the election. “It could cost us the election, anyway that’s democracy,” he said. Asked about the issue, Hodgman stated that the topic was “a critical issue for Tasmania”. You can watch the video clip online of Hodgman’s comments at the ABC here.

History repeating
The Tasmanian population is highly aware of broadband as an issue and has consistently raised its voice on the broadband topic as a unified group far louder than other states have. Broadband was also a critical issue in the state during the 2010 Federal Election. Tasmania has historically suffered from very poor levels of high-speed broadband compared with mainland areas, partially due to an unwillingness by rival telcos to invest because of high backhaul prices charged by Telstra across Bass Strait.

After the 2010 Federal Election, former Howard-era Minister Peter Reith produced a report on the Coalition’s election loss. The majority of the report does not mention broadband, but one section quotes extensively from a similar report produced last year by Sydney academic Julian Leeser into the Tasmanian leg of the election, which has been reported in brief.

The report added that broadband policy had a particularly strong effect on Tasmania for a number of reasons. For starters, the fibre network was already being rolled out in some towns, and Tasmania is also often behind the mainland in receiving new technology — so the early stage NBN rollout under Labor was seen as a boost to the state, as well as having flow-on effects in terms of jobs, for example.

he news comes as a new comprehensive study of public attitudes towards Labor’s National Broadband Network project published this month found the initiative still enjoys very high levels of widespread public support from ordinary Australians, despite what the study described as an “overwhelmingly negative” approach to the project by print media such as newspapers.

opinion/analysis
Wow. It doesn’t get very much more high-profile than this for the broadband issue. Losing elections is a pretty big deal. We live in extraordinary times when the general population is fired up enough to change their vote depending on whether their area is slated to get Fibre to the Node or Fibre to the Premises. Incredible. Of course, I’m on record as stating that I believe Tasmania should get FTTP (Delimiter 2.0 yarn).