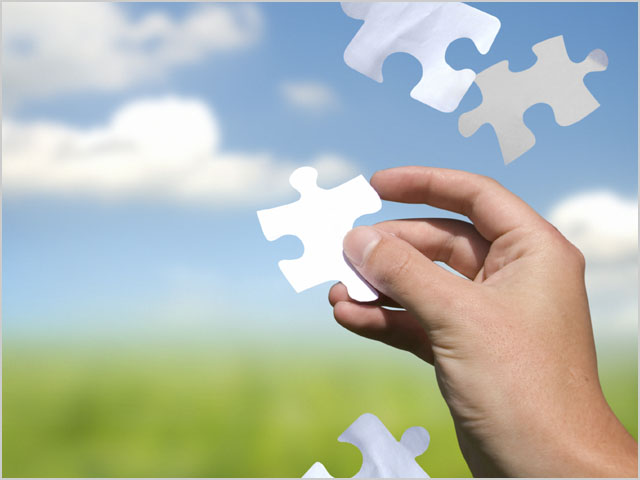 news National broadband provider iiNet has published an extensive list of questions it still has regarding the Coalition’s plans to alter Labor’s National Broadband Network strategy, noting that details ranging from points of interconnect to who would build the network are still unknown, a month after the Federal Election.

However, the possibility of a different style of rollout has been raised by new Communications Minister Malcolm Turnbull in the several weeks since the Liberal MP became Communications Minister. In late September, Turnbull appeared to have drastically modified the Coalition’s policy stance on the NBN just weeks after the Federal Election, declaring the Coalition was not wedded to its fibre to the node model and was “thoroughly open-minded” about the technology to be used in the network. NBN Co is currently conducting a strategic review into its operations and model that will inform Turnbull’s decisions regarding the project’s future.

However, in documents associated with a presentation to Macquarie Bank’s WA investor conference this week (PDF), iiNet — one of Australia’s largest ISPs — pointed out that there were still many unknowns surrounding the Coalition’s plans.

The ISP pointed out that the Coalition had not yet announced key details of its plans, such as who would build its infrastructure (with candidates including the current outsourced construction industry model, in-sourcing the construction to NBN Co or even handing a large portion of the construction work to Telstra), whether a FTTN network would use the same points of interconnect model, or more or less PoIs, and whether the anti-cherry-picking rules enacted under the previous Labor Government to prevent competition with the NBN would be repealed.

“Will we be allowed to extend our fibre networks?” the presentation documents questioned. “Who is responsible for greenfield connections?”

In addition, iiNet also questioned how the implementation of the VDSL2 and vectoring standards would take place, and whether NBN Co would be required to meet the Customer Service Guarantee rules, which normally constrain Telstra, for 100 percent of connections.

“Will FTTN look like wholesale ‘bitstream’ ADSL with obligatory PSTN [telephony] or like NBN UNI-D + UNI-V? Or something else together?” asked the ISP, comparing the old model of ADSL broadband, which requires a traditional telephone line, with the new NBN Fibre to the Premises model, which does not. FTTN solutions sit in between these two infrastructure models, so it’s not yet clear how they would technically be offered to retail players like iiNet.

iiNet also questioned whether NBN Co would revise its FTTP product set and pricing, and even the technical infrastructure connecting customers to the NBN, questioning whether all of the devices currently used (a ‘premises connection device’, a power supply unit, a network termination device and a fibre wall outlet) were actually needed.

iiNet’s presentation also alleged that the current pricing on NBN Co’s ‘connectivity virtual circuit’ — the mechanism through which NBN Co charges for actual traffic to customers’ premises — was “not sustainable”, a criticism which Internode founder Simon Hackett has made repeatedly of the NBN model over the past several years.

“We have built new networks with abundant capacity and them, as a result of the NBN Co CVC pricing framework, are at risk of limiting access to them and creating an artificial scarcity,” wrote iiNet. “There is real customer pull for usable, affordable and reliable broadband. The CVC pricing mechanism should be revisited.”

“Why have bandwidth-based CVC charges?” the ISP asked. “We have built the scale networks so why can’t we use them? The $20 per megabit CVC charges represent a significant increase on today’s prices and will choke the future growth of broadband services in Australia.”

iiNet pointed out that the costs were prohibitive for new ISP entrants under the current model, with the ISP estimating it would take between $30 million and $35 million to establish a national NBN network presence to 121 points of interconnect, and a further $30 million to $40 million annually to manage a small national customer base of approximately 200,000.

iiNet is one of the most qualified experts to comment on the NBN. The company has signed up over 20,000 customers to the infrastructure, representing about a fifth of the NBN’s total customer base. 70 percent of those customers have bought higher speeds than the 12Mbps entry level NBN product, the company said this week, with more than 50 percent of customers bundling voice and data plans.

Some of iiNet’s questions are likely to be answered in several months when NBN Co releases the results of the Strategic Review which it is currently undertaking. However, others — such as the PoI question, which was set independently by the Australian Consumer and Competition Commission — may need direct Ministerial intervention if there is to be any change.

opinion/analysis
I published this story because I think it goes some way towards illustrating just how uncertain things are right now for the retail ISP industry in terms of the NBN rollout. These are the companies which are supposed to be on-selling NBN Co’s wholesale offerings — no matter whether a Coalition or Labor Government is in power, no matter whether a Fibre to the Premises or a Fibre to the Node model is followed — and yet right now they have no real idea what or how they’re supposed to be selling whatever the Government is planning.

This is the definition of chaos for commercial companies. They can’t invest, they hardly have any visibility on the future road map for the NBN. They are trying to show the Government the way they would prefer it to go, but with the NBN Strategic Review being held behind closed doors, they are reduced to making these kinds of statements in public in order to try and influence things.

Opposition Leader Tony Abbott came into Government promising stability and a steady hand after the Labor years. Let’s hope Malcolm Turnbull can bring a little of that stability to the way the NBN works. Because right now, it’s just pure chaos. Nobody quite knows what is going to happen, and that situation is getting in the way of progress on so many fronts.