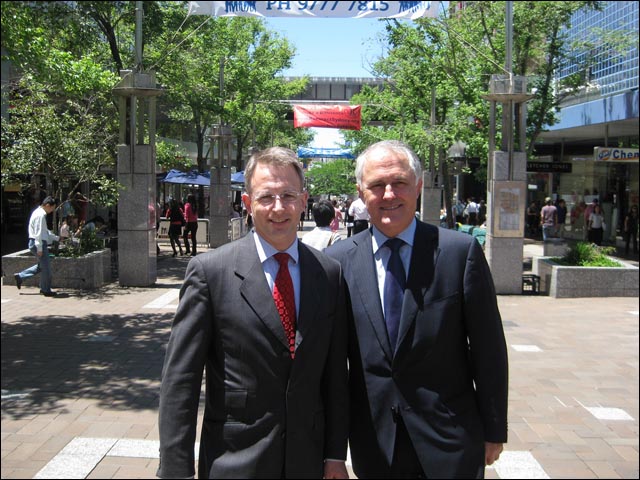 However, in a statement issued this afternoon, Fletcher — a former Optus executive and one of the key Liberal politicians interested in the telecommunications portfolio — said it wasn’t iiNet’s fault, but the prices were too high.

“I calculate that iiNet’s entry level naked DSL product today costs around 70 cents per gigabyte – but its new entry level NBN product will cost $1.25 per gigabyte, or nearly 80 per cent more,” said Fletcher.

Fletcher said that his comments didn’t represent a criticism of iiNet — because the company could only set prices in line with the wholesale pricing structure set by NBN Co, the wholesale-only company building and operating the NBN.

The Liberal MP pointed out that Prime Minister Julia Gillard had told Federal Parliament last year that the NBN would offer lower prices, alongside better competition and better broadband products. “This morning’s release of NBN consumer pricing plans by iiNet confirms that Labor’s claims of cheaper broadband over the National Broadband Network are not being met,” Fletcher said.

The Liberal MP also pointed out that none of the three ISPs to announce NBN pricing so far — iiNet, Internode and Exetel — had launched products including a “low-priced voice-only product”, despite the fact that dominant telco Telstra currently had about 5.2 million voice-only basic telephone lines provisioned.

“Many voice only customers are not well off – but they need the phone to stay in contact. Today they can use Telstra’s Homeline Budget, with a line rental charge of $22.95. But so far there has been no retail voice only pricing announced on the NBN,” Fletcher said.

In addition, highlighting iiNet’s minimal charges allowing customers to upgrade the speeds they received under the NBN (for example, going from 12Mbps to 50Mbps for an extra $15 per month), Fletcher said iiNet’s pricing demonstrated that consumers would not pay a premium for higher broadband speeds.

“We keep being told that consumers are desperate for the high speeds that the NBN can deliver – but apparently an experienced retailer like iiNet does not think consumers will pay much of a premium for those speeds,” Fletcher said.

opinion/analysis
Back in December 2010, I wrote the following:

“One can’t help but be disappointed to see former Optus executive and now Member for Bradfield Paul Fletcher on Sky News over the weekend questioning whether the rollout of the National Broadband Network will force higher costs on basic voice telephone services — or even calling directory assistance.

Now, I have always respected Fletcher for both his integrity and his opinions. But frankly, it’s hard not to come to the conclusion right now that the MP is barking up the wrong tree when it comes to criticising the NBN on the basis of basic services. When you roll out fibre internet around the nation and start providing broadband services at 1Gbps, the provision of “basic voice services” at an affordable price is the least of your problems. Basic voice telephony will be virtually free at that point (through Skype, Google Talk etc).”

These are the same comments I would make today.

In addition, I would point out that the reaction so far from Delimiter readers towards iiNet’s NBN pricing has been uniformly positive. These are good, affordable prices, and very comparable to current ADSL plans.