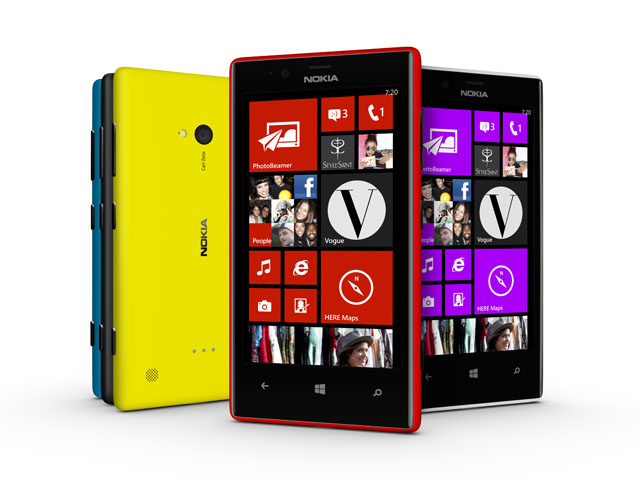 blog Finnish smartphone manufacturer Nokia announced today that its Lumia 720 model would come to Australia. Unfortunately, while the model is quite high-end — it comes with a 4.3″ screen, a 1GHz dual-core CPU, Windows Phone 8, a 6.7 megapixel camera on the back, 512MB of RAM and 8GB of storage space, plus the ability to take a microSD card up to 64GB — it does not support the 4G networks already launched in Australia by Telstra and Optus, being limited to 3G. Given the strength of the Lumia line-up as previously reviewed, Delimiter is likely to recommend those on a budget still give this one a look-see if they like Windows Phone as an operating system, but that everyone else stick to the growing list of 4G smartphones. You won’t regret getting 4G — and you definitely won’t regret it in a year. Nokia’s media release:

Nokia today added the Nokia Lumia 720 to its growing Lumia line-up. Nokia’s latest mid-range smartphone will be available from Vodafone, Virgin Mobile and leading retailers for a RRP of AUD$429*.

Similar in design and build quality to other Lumia smartphones, the Nokia Lumia 720 has, without doubt, the best imaging credentials of any smartphone in its price band. Combining Carl Zeiss optics with Nokia’s largest f1.9 aperture, the Nokia Lumia 720 delivers sharp, clear pictures every time, day or night.

The Lumia 720 is super-slim – only 9mm thick – and weighs just 128g and comes in a range of colours including black, white and red. Nokia Australia’s managing director, Steve Lewis, said: “As we continue to grow our smartphone offering, devices such as the Lumia 720 give breadth and depth to our Windows Phone 8 portfolio.

“With smartphone adoption continuing to grow in Australia, consumers want more choice at different price-points. Smartphones like the Lumia 720 are critical to Nokia’s strategy as they allow us to bring familiar features such as high-end design, quality hardware, unparalleled imaging capabilities and a rich navigation experience to a wider audience.”

Other key features of the Lumia 720 include: Access to the full HERE suite of applications, including HERE Maps, HERE Drive for free turn-by-turn navigation in Australia and HERE Transit; Access to Nokia’s new subscription-based music streaming service, Nokia Music +, which allows users to stream from playlists curated by a team of musos and international artists; Access to more than 130,000 applications from the Windows Phone Store including the recently launched Pandora, SBS and Take 40 apps; In-built NFC and wireless charging capability when a shell is added; Access to all the best Windows Phone 8 experiences including Xbox, PeopleHub and Microsoft Office

*The Lumia 720 will be in store at Virgin Mobile from the 4th April. Vodafone will announce availability in the coming weeks, while retailers will being receiving stock from the 10th April.