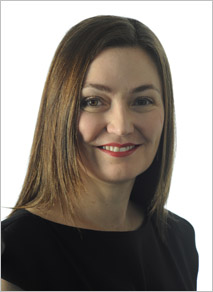 opinion I’ve never been a huge fan of the appointment of Siobhan McKenna as the chair of NBN Co’s board. While the executive does have experience advising telecommunications companies courtesy of her background at top-tier consulting firm McKinsey, to my knowledge McKenna has no direct experience running telcos, and, in fact, limited experience directly running companies of any kind, aside from her time managing Lachlan Murdoch’s investment firm Illyria, which isn’t precisely your run of the mill venture. Illyria is also certainly a world away from the fundamental infrastructure-building operation which is NBN Co.

It should be obvious that the chair of a company like NBN Co should have direct experience running infrastructure-based companies: Energy utilities, telcos, road and transport, that kind of thing. Direct telco experience would definitely be preferable.

Despite this issue, I’ve been willing to give McKenna the benefit of the doubt up until now. It takes a lot, after all, to become a partner at McKinsey; executives only get to that level once they have gained experience across many different engagements in different industries, and at that level, they are usually experts in sizing up businesses of any kind and business issues of any nature. I have an immense amount of respect for anyone that reaches that level; they are almost universally quality operators, and we’ve had no reason to suspect anything less of McKenna. If anything, McKenna’s tightening of the ship after taking the reins of NBN Co’s board has been welcome, after Harrison Young’s fairly lax tenure.

However, successive news stories published by the Financial Review over the past months about the activities of NBN Co’s board have given me reason to question McKenna’s actions on NBN Co’s board. There were those well-publicised reports in the AFR that McKenna was looking to oust NBN CEO Mike Quigley, which McKenna did nothing to quash at the time. There have been similar AFR reports that NBN Co’s board had already hired executive search firm Egon Zehnder to find a replacement, which McKenna also didn’t address. And now, the AFR has yet another story which appears to be emanating from board level at NBN Co: The simply extraordinary news that NBN Co’s board has hired a power-packed lobbyist firm, Bespoke Approach, to interface with the Coalition. The AFR reports (we recommend you click here for the full article):

“The Australian Financial Review understands Bespoke has been actively meeting with Coalition MPs to talk up the NBN Co board’s achievements.”

Bespoke’s details are fully available online. The company boasts some high-level operators; it boasts former Foreign Minister and Leader of the Opposition Alexander Downer, ex-Hawke and Keating Minister Nick Bolkus and former senior Liberal party staff Ian Smith on its staff roster, as well as former Northern Territory Chief Minister Paul Henderson. If NBN Co’s board has indeed hired the company to speak on its behalf with the Coalition ahead of a potential Coalition election victory, then it’s doubtless costing a pretty penny; these kinds of heavy-hitters don’t come cheap.

In a press conference on Friday associated with the retirement of NBN Co chief executive Mike Quigley, Communications Minister Anthony Albanese was asked about the move. He had this to say:

“In terms of the processes, as you’d be aware, in terms of those issues, the company has Alexander Downer and Ian Smith as its prime operators, my understanding is. That is, of course, a matter for the board, but if Malcolm Turnbull has a problem with Alexander Downer and Ian Smith as well as with other people in terms of Tony Abbott, his own leader, then that’s a matter for Mr Turnbull. I have no intention of interfering in the day to day activities of the board of NBN Co. And I’d suggest that it’s about time that Malcolm Turnbull stopped trying to do that as well.”

Look, I’m not going to beat around the bush here. If NBN Co’s board — and remember, McKenna leads that board — has indeed hired Bespoke to represent itself to the Coalition ahead of the Federal Election … then that represents an extraordinary move, and one which I, for one, and no doubt countless others, simply cannot approve of.

NBN Co is a government business enterprise and takes its orders directly from the Government of the day, using public money to fulfil its mandate. It does have more freedom than a government department, but ultimately it is answerable only to its shareholder Ministers (the Communications Minister and Finance Minister of the day), and other internal government checks and balances such as the Australian National Audit Office.

It just has no business hiring lobbyist firms to represent itself to the Opposition of the day, especially if it is attempting to build a relationship with the Opposition with a view to potentially having to deal with it in power post the upcoming Federal Election. I’ve never heard of a government-owned company spending public money doing anything like this, and I would count such a move as simply out of line for a GBE; to the extent that senior bureaucrats inside the Federal Government are probably checking their rule-books about now for regulations concerning GBEs.

As a government business enterprise, NBN Co must necessarily stay out of the political arena. It must take orders only from the Government of the day, and while it may choose to brief the Opposition of the day on occasion, as Quigley has offered to do on occasion with Opposition figures such as Shadow Communications Minister Malcolm Turnbull, it is necessarily limited in the information it may provide. It may also reach no agreements with the Opposition.

But lobbyist firms such as Bespoke are inherently political. They are staffed by former politicians, who specialise in building relationships between commercial entities and current politicians. Their very nature is negotiation: Influence, deal-making, making sure those in power on each respective side have open lines of communication, and the constant sharing of ‘background’ information behind the scenes.

For NBN Co to hire such a firm to build a relationship with the Coalition (or at all, in fact) is an extremely disturbing event which signals that the company’s board, primarily drawn from the private sector, has little understanding of the sensitive dynamics of the relationship of a government business enterprise with respect to the volatile political arena. The board might have hired Bespoke in order to improve NBN Co’s relationship with the Coalition; however, I personally very strongly suspect that it will have the opposite effect. And, the move also fails the ultimate test for a government organisation; in that it’s hard to see how the public at large would approve of their money being spent this way.

Australia Post would not spend any of its budget on political lobbyists; and neither should NBN Co.

My guess is that what we’re seeing here is the confluence of two factors. Firstly, NBN Co’s board is clearly desperate to repair the poisoned relationship which the Coalition has with the company, to soften the blow in the event that the Coalition takes power in the upcoming Federal Election. Secondly, I have no doubt that NBN Co’s board, appointed almost entirely from the commercial sector, is attempting to apply private sector thinking to a public sector company. It would be normal for a commercial company to hire political lobbyists to help repair links with an acrimonious political party.

But this is very far from normal action for a government business enterprise such as NBN Co; and it should stop immediately. Public money should never be spent on political lobbyists; especially lobbyists who trample unwritten laws of the public sector and try to build relationships between government-owned companies and the Opposition. This must stop.

This is just not good enough. These are very serious matters; and it is incumbent upon NBN Co’s board to be transparent with both the public and the Government about its actions and intentions. Right now, it’s letting the media speculate widely about what it’s up to. This isn’t an ideal situation in normal circumstances; and far less so when it’s about something as controversial as replacing its CEO or hiring a lobbyist firm to build a relationship with the Coalition. I’d like to see a deal more openness from what, after all, is a body which should as a check and balance on the NBN, Australia’s largest-ever infrastructure project.

I would also note that I am very surprised by the reaction to this situation given by Communications Minister Anthony Albanese. Frankly, if I were the Minister in charge of a government business enterprise, and I heard that that company had hired political lobbyists to build influence with the Opposition of the day, I would be absolutely appalled. From the Government’s perspective, this should be seen as an extraordinary move on NBN Co’s part. Albanese may protest that NBN Co is an independent company and that he has no intention of interfering with its operations on a day to day basis. But this simply isn’t true. NBN Co must operate as the Government of the day wants it to operate; it is not independent; and its shareholder ministers have a constant, ongoing, say in how it is operated. And that operation clearly should not include the hiring of political lobbyist firms.

I would not be surprised at all if this issue had already come to the attention of Prime Minister Kevin Rudd, who tends to be a stickler for this kind of thing.