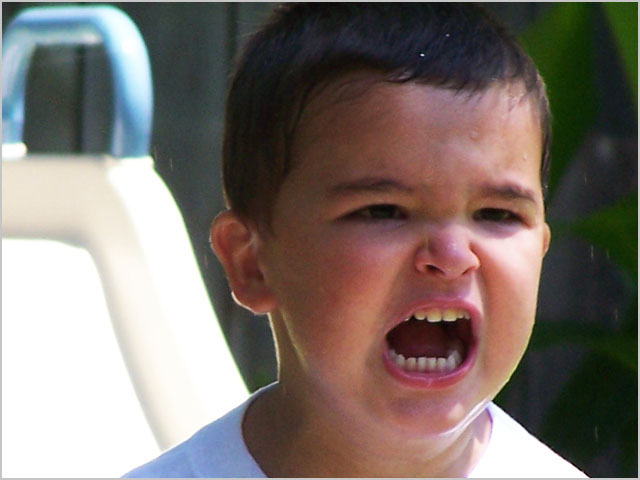 news The fraught relationship between the board of the National Broadband Network Company and Shadow Communications Minister Malcolm Turnbull has spilled into the public, with a series of sharply antagonistic letters between the two parties being published that highlight the depth of the antagonism felt on each side.

Over the past several months, Turnbull has been open about his opinion that NBN Co chairman Siobhan McKenna — who took over the role in March from incumbent Harrison Young in March — may not be the right executive for the job and that NBN Co’s board in general lacks relevant experience.

“The only observation I’ve made is that it is remarkable that such a large board doesn’t have anyone with hands-on experience in building a telecommunications network or running one and if you were assembling a board, for a project of this kind, that’s the sort of experience you would want to have on it,” Turnbull said on Sunday on the Financial Review’s Sunday television program. Turnbull has also promised various audits and reviews into NBN Co’s governance, if the Coalition wins power at the upcoming Federal Election — reviews which would be likely to touch on the board’s role in key decisions made at NBN Co.

In response, NBN Co’s board under McKenna — whose full-time role sees the executive employed as the managing director of the Illyria media investment company which is backed by Lachlan Murdoch — has taken several dramatic steps which appear aimed at protecting its operations.

For example, last week the Financial Review reported that the board had hired lobbying firm Bespoke Approach to lobby the Coalition about NBN Co’s progress. The firm boasts former Foreign Minister and Leader of the Opposition Alexander Downer, ex-Hawke and Keating Minister Nick Bolkus and former senior Liberal party staff Ian Smith on its staff roster, as well as former Northern Territory Chief Minister Paul Henderson. The move spurred Turnbull to file a Freedom of Information request with NBN Co seeking details of the arrangement.

This morning Turnbull published a letter which McKenna had sent Turnbull last week in response to his FoI request. It is believed the letter was copied to NBN Co’s stakeholder ministers, Communications Minister Anthony Albanese and Finance Minister Penny Wong.

“Non-executive Directors have been told directly and indirectly by members of the opposition that they can expect a Judicial Enquiry investigating their governance post-election,” wrote McKenna in the letter. “The Non-executive Directors naturally sought to engage independent legal counsel on this matter, which they have a right to do, and appointed Herbert Smith Freehills. It is not unusual for company directors faced with threats to exercise their right to appoint external advisers.”

“Indeed in the circumstances it would be most unusual for the directors not to seek to do so. Given the governmental nature of the matter, Herbert Smith Freehills have engaged Bespoke Approach.”

The letter provoked an antagonistic letter from Turnbull to McKenna, which Turnbull has also published in full. The Liberal MP wrote: “I struggle to see how the interests of the NBN Co, or its shareholder, are served by the engagement of a lobbyist to promote the abilities and achievements of the directors or indeed by the engagement of a law firm to advise directors on the possibility of a possible future government conducting an inquiry into the governance of the NBN Co.”

“I am surprised that you would refer in your letter to the prospect of a judicial inquiry into, inter alia, the governance of the NBN Co as a “threat” communicated to you and other directors by members of the Opposition.

“It is an unusual choice of language. Accountability is not normally regarded as a threat. And in any event, the plan to conduct a forensic audit dealing with, inter alia, the governance of the NBN Co is a key element in the Coalition’s NBN Policy which was published in April. You didn’t need to speak to a member of the Coalition to find out about it – a brief study of the policy or the press reports would suffice. You should note that the Coalition’s policy does not prescribe a judicial inquiry as the means of conducting such an audit.”

“Do you think it is appropriate that the Board of a government business enterprise employ a lobbyist to impress on the Opposition that its board is able?” Turnbull asked. “You will understand that it is very difficult not to see this exercise as part of an effort to secure re-appointment in the event of a change of government. That being the case, should not the cost of this engagement be borne by the directors, rather than by the NBN Co? Are you not concerned that you may be confusing your own interests and advantage with your fiduciary duty to the NBN Co?”

Turnbull also noted he was concerned by comments made by NBN Co chief executive Mike Quigley — who also sits on NBN Co’s board — that he was not aware of Bespoke’s appointment.

“Given Mr Quigley is a member of the Board, how was the decision taken to engage Herbert Smith Freehills and Bespoke?” Turnbull asked. “Was it taken at a board meeting in the absence of Mr Quigley? And if so, why? If the concern was protecting the directors from a post election inquiry, would not Mr Quigley have an interest in receiving advice on that as well?”

My extended opinion/analysis on this situation appears in Delimiter 2.0.