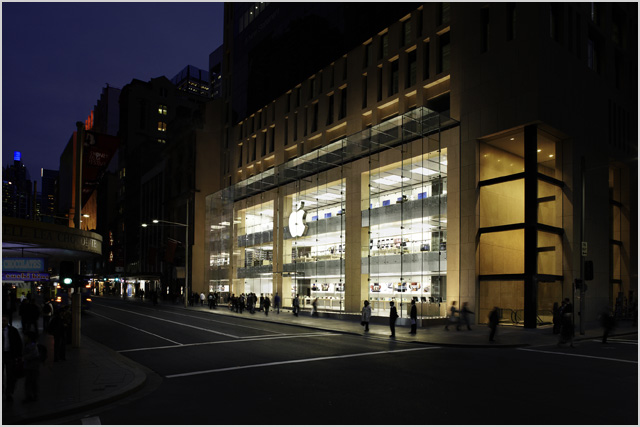 In March this year, Apple Australia managing director Tony King described his company’s relationship with the Australian Taxation Office as “open, frank and candid” and its process of calculating its local tax obligation as “rigorous”. But globally, authorities don’t seem to be convinced, with both British and US politicians really laying the heat on the company and others such as Google over the past several months in separate inquiries. Now that heat is starting to spill back locally. Husic made a speech to parliament this week alleging Apple may have misled Australia’s parliament on its tax practices.

Husic pointed out that King had told MPs that Apple Australia’s pricing was set in the US, but that accounting arrangements disclosed to the US Senate in its own inquiry had contradicted that testimony. A detailed account of Apple’s Senate testimony is contained in this excellent article by the Guardian Australia:

“… an Irish-affiliate company, Apple Sales International, “took title to the manufactured products while they were being shipped to Apple’s Asian distribution centres. When they arrived, ASI sold the products to Apple Singapore at a substantial profit. Apple Singapore then resold the products, in turn, to Apple retail entities or end customers … Transferring title in this manner allowed Apple to retain most of its profits in Ireland”

“The US Senate report says the price is determined by Apple Singapore, not the US. I am concerned the committee inquiry has been misled, either deliberately or accidently.

The corporate structure detailed in the US Senate report was never offered by Apple Australia and when pressed on its transfer pricing or price setting, I put it to the House that Apple deliberately avoided setting out the detail that became evident in the US Senate report. The only thing I agree with Apple Australia on is their statement that Apple: “… have very robust and deep accounting systems”.

Given the global web of arrangements detailed in the US Senate report, that is the understatement of the year. I call on Apple Australia to either correct the record or provide further detail as to the way it actually prices its products for Australian consumers.”

Given that Australia’s Parliament is currently in the process of introducing laws that would force more taxation transparency on companies like Apple, and that governments in the US, UK and Australia are all now angrily demanding answers from companies such as Apple and Google on this issue, I suspect that we’ll see some resolution of the tax situation with respect to these giant technology multinationals soon. The amounts of money involved here are astronomical and the amounts of tax being paid are miniscule. That’s never a situation which governments like to see; and it’s about time the issue was addressed.

Massive corporations should not be able to shift profits around like this, using complex accounting methods to avoid contributing back to the community for their success. That’s just not cricket.