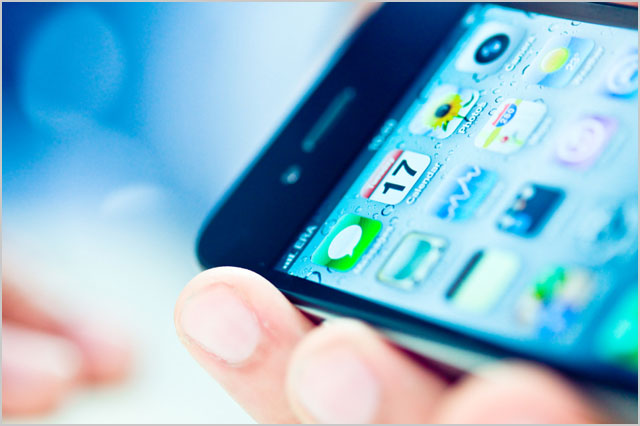 news Iconic technology giant Apple has described its relationship with the Australian Taxation Office as “open, frank and candid” and its process of calculating its local tax obligation as “rigorous”, despite the fact that the company last year paid local company tax of just $40 million, off Australian revenues of $6 billion.

In January, Apple revealed it had a record year in terms of revenues and profits from its Australian operation over the past year, raking in revenues up 23 percent to almost $6 billion for the year to the end of September last year, as new iPad and iPhone launches sent the company’s finances into the stratosphere over the past 12 months.

The figures were revealed in Apple’s Australian financial results published with the Australian Securities and Investments Commission, shortly after the company released its global quarterly results in the US. They showed that over the year to the end of September 2012, Apple pulled in local revenues of $5.99 billion over that year, up 22.9 percent from the previous year’s figure of $4.87 billion.

As with Google Australia’s revenues disclosed last year (the company paid local tax of just $74,000 off estimated revenues of close to $1 billion), Apple’s financial disclosure cause uproar in the political community, with figures such as Labor backbencher Ed Husic describing Apple’s tax duty as “simply staggering”.

The Federal Government is currently introducing a swathe of new tax measures which it hopes will enable it to more closely examine tax situations such as those used by Apple and Google.

However, speaking before the Federal Parliament’s IT price hike inquiry last week, Apple Australia managing director Anthony King strongly defended his company’s taxation situation, stating that it had a good relationship with the Australian Taxation Office.

“They know our revenue, they know our costs and they know all of the details about the way in which we have financial affairs running in any particular year. Against that net profit, we apply the 30 per cent corporate tax rate for Australia and we pay our tax expense. We pay our taxes when they are due—not only income tax expense but GST, payroll, [fringe benefits tax] and any other tax that might be incurred in doing business in Australia.”

“We are very clear in the way that our revenues, cost of sale and any of our local operating costs are registered to the Apple Australian entity. We have very robust and deep accounting systems in place to ensure that all of the revenues associated with doing business in Australia are fairly reported and all of the cost of sale in terms of the hardware, transformation costs and shipping costs are fairly reported—as indeed, are all of the local operating expenses in doing business in Australia. And those numbers are considerable: we employ 2,600 people around the country. We have 18 retail stores. We have operating leases. We have considerable costs incurred in the sales and distribution of our products within the Australian market.”

However, the executive was pushed heavily in the hearing by MPs such as Husic, with the politicians questioning King about the details of Apple’s so-called “transfer pricing” mechanism by which it prices the cost of goods when transferring them between its legal entities (such as its Australian division and its US parent). It is this mechanism which accounts for the cost of goods sold and which critics say allows multinationals such as Apple to keep their Australian net profits, and therefore taxation, down.

“… it was reported earlier this year as a result of information obtained through ASIC that on the basis of generating here in Australia $6 billion in revenue Apple paid only $40 million in tax. Apparently that is two-thirds of one per cent of your turnover. You do not manufacture here. You do not conduct R&D here,” Husic told King.

“I am going to put something to you, which I would welcome your response to. It is not all these other add-on figures that are set. On the issue I was referring to earlier, about where exactly is the point at which you set the prices: is it set by the US before it agrees to a transfer price on product? You set your prices based on what you believe is in the best commercial interests of the company, obviously; but taking into account taxation as well. I put it that the reason why Australian consumers pay more has more to do with your transfer price than anything else.”

However, King disagreed with Husic’s claim that Apple’s transfer pricing policies were behind the issue of Australians paying more for the same Apple products than US consumers did.

King said: “We clearly record and report the revenue that we derive in Australia. We report to the ATO all of the costs associated with doing business in Australia. The ATO is the referee, so to speak, in the middle of this. We have a very open, frank and candid dialogue every year with the ATO about our tax affairs, which includes, like any company, our revenue and our costs down to our net income. They are really the three items that are relevant for our discussions with the ATO. We track all of the revenue that we derive here. We track and report all of the costs associated with doing business, which brings us to the net profit number. We have a very good relationship with the ATO, and I am sure our tax guys absolutely love it whenever they have to spend time with the folks down the road!”

In general, King said that the internal cost of Apple products was set at a level which was broadly consistent in markets around the world in US dollars, and then translated into local currency, although the cost of some components — such as Australian power connectors — could vary. The Apple executive said, to the best of his knowledge, that Apple’s Australian division paid broadly the same price for services from the company’s US division that other Apple divisions did.

opinion/analysis
Again, I’m sorry, but I really must call into doubt here the credibility of Anthony King’s testimony before the committee on the company’s Australian tax situation, as I did with King’s previous claims with respect to Australian prices on goods sold through its iTunes store.

If you examine Apple’s tax situation globally, the ridiculous nature of its Australian tax situation becomes clear. Consider the fact that in Australia, last year the company only made a relatively small net profit — $98.6 million, off top-line revenues of almost $6 billion. However, globally, the company in its most recent quarter made a significantly higher net income figure as a proportion of revenue — $13 billion off revenues of $54.5 billion. As I mentioned earlier in this article, a proportion of revenues, Apple’s cost of goods sold in Australia is significantly higher than it is globally, meaning the company pays a tiny amount of tax in Australia compared with its global tax situation.

Furthermore, as MPs pointed out to Apple in the hearings last week, the company does not host research & development or manufacturing facilities in Australia. In this context, the claim that it is legitimate that Apple should make only a miniscule profit in Australia and a massive one in the US is clearly ludicrous. Apple is widely acknowledged as one of the most profitable companies in the world. It is simply not credible for King to assert that his company is being as transparent as it can with the Australian Taxation Office with respect to its local tax obligations; clearly the company is utilising, as many companies of its size do, favourable transfer pricing on the cost of its goods sold, to ensure it will minimise its Australian tax obligation.

Is such a practice legal? Probably, although the Government is changing the law in this area. Is it ethical? Not in the slightest. Apple is taking billions of dollars out of Australia every year at the moment — and paying very little tax.