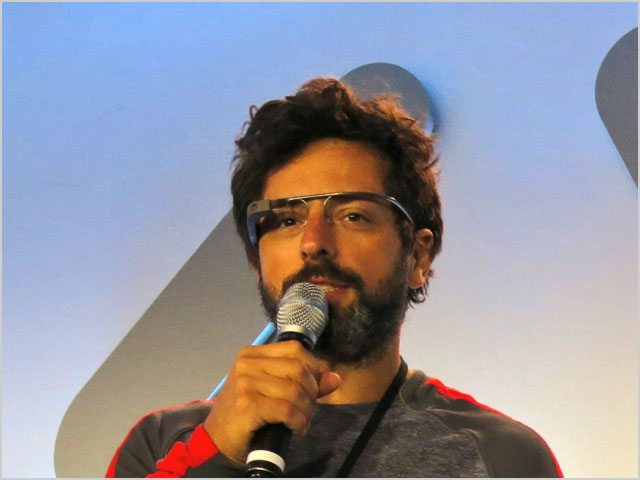 blog Liberal Senator Cory Bernardi has made some outlandish statements in his time. Questioning the scientific legitimacy of global warning, criticising the Islamic religiion, making offensive statements regarding people’s sexual orientation. Yup. This is one Liberal Party member who some of the more moderate members of the party probably would like to keep on a very short leash. Well, Bernardi’s latest target isn’t sexuality, religion or climate change. It’s privacy. And in this vein, the Liberal Senator has unleashed on Google’s augmented reality Glass project, which has been getting some press in the US as it comes closer to becoming a commercial project later this year. Bernardi writes:

“… there is one serious aspect of GG that we should all be concerned about. Surveillance.

You see, GG comes with the ability to record video and audio of everything that happens throughout your day. No longer is there a need to grab an iPhone and click to capture the moment. GG can do it all day, every day, automatically. That might be fine if you are the user but what if you are an unwitting victim of such recording?

A single GG wearer in your favourite restaurant could capture your image and your conversation without you ever knowing. The footage would be stored on the Google servers, your voice could be translated into text and with the use of facial recognition, could be actually matched to your Google profile. You might even find it on a social media site somewhere for millions of others to see.

It could mean the end of privacy as we know it.

Now that might be an extreme scenario that may never come to pass. Some will argue that if you have nothing to hide then there will be nothing to worry about, and they might be right. But we all have things we wish to keep from the public record: whether it be a conversation with our spouse, a personal failing, medical records or a youthful indiscretion. The advancement and availability of cutting edge surveillance technology like GG could radically change all of that.

It’s one reason we should question whether some of the great advancements in technology are designed to serve us or serve the interests of others.”

There’s a lot more like this, and it’s all quite conservative. Frankly, the technology behind Google Glass, particularly the camera issue which Bernardi is concerned about, has been around for a while now, and while there will no doubt be some social issues to arise as Glass and other, no doubt, iProducts like it become popular, we can’t see privacy as we know it dying. Perhaps what Bernardi should be really worried about is not that people would film him too much, but that people would realise the extreme nature of some of his views and would stop paying attention to him at all.