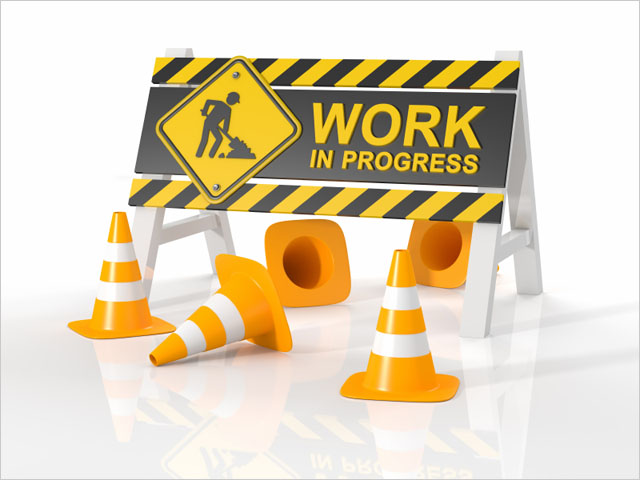 news The National Broadband Network Company has again declined to release hard data measures relating to the rollout and uptake of its fibre infrastructure in the last quarter of 2012, stating that the figures were still being “finalised”, despite stating the release of more nebulous rollout data last week meant it was meeting its targets.

Late last week, NBN Co released a brief media statement (PDF) stating that it had slightly exceeded its target of having construction commenced or completed in areas covering 758,000 premises around Australia before the end of 2012. The company said the total number of premises in areas where construction had commenced or completed was 784,592 by the end of the year.

However, the ‘premises commenced or completed’ figure is not recognised by many commentators as a hard figure reflecting NBN Co’s actual rollout progress, and is not a standard telecommunications industry measure for network rollout progress. This is because the figure may not represent the actual commencement of construction in some areas, with NBN Co defining a premise as having commenced construction when it issues instructions to its contractors to start work in an area — not when the work has actually begun, or when it has been finished.

There are two more concrete measures by which NBN Co measures its rollout progress: ‘Premises passed’, which refers to the company having completed construction to a premise, and ‘premises activated’, which refers to a customer having taken up a NBN service. NBN Co’s corporate plan focuses on using these two measures for its progress.

NBN Co is committed to releasing these hard figures quarterly, but has declined several times to release this data for the final quarter of 2012 through to the end of December. Last week the company would say only that the figures for premises passed and active premises were “still being finalised”, with the company planning to release those hard figures “in the near future”. Asked why the company didn’t hold off issuing a progress report until it could release that data, an NBN Co spokesperson said the ‘premises commenced or completed’ figure was “ready to go” and represented “such a prominent goal”.

“People wanted to know,” they said.

Despite the fact that NBN Co has not yet released hard data regarding its network rollout progress in the final quarter of 2012, the Federal Government last week hailed the company’s media release as representing a victory for the project. Acting Communications Minister Kim Carr highlighted comments made by Shadow Communications Minister Malcolm Turnbull in February 2012 regarding the ‘premises commenced or completed construction’ target.

“In February last year, Malcolm Turnbull expressed disbelief at this ambitious target,” Senator Carr said in a statement. “He told Sky News that it was ‘an extraordinary promise’ and that ‘there’ll be a lot of admiration’ for NBN Co if it was achieved. It’s not often I get to acknowledge Mr Turnbull’s prescience, but I’m delighted the opportunity has arisen for him to fulfil his commitment – I look forward to him praising NBN Co’s achievement.”

“By the end of 2012, NBN Co had commenced or completed construction for 784,592 homes and businesses across Australia. Work on the NBN is now happening in more than 70 locations and in every state and territory. Exceeding this target is just the beginning. The ramp up of NBN construction activity will continue in 2013, with more workers hauling fibre, more areas switching on the NBN, and more families and businesses connecting.”

“As the Gillard Government gets on with the job of providing the NBN’s fast, affordable and reliable broadband to all Australians, all we hear from Tony Abbott is that he’ll eliminate the NBN. The choice for Australians this election year is clear: Vote for Labor and you’ll get the NBN; vote for Tony Abbott and you won’t.”

For his part, Turnbull issued his own media release stating that the Federal Government was ‘misleading’ the Australian public with regard to the progress of the NBN rollout. “There are three key questions about the NBN’s rollout – how many premises the network passes, how many premises it’s connected to and what it’s costing to get to them,” he said. “Today’s release by the NBN answers none of those.”

Turnbull said that all telcos in the world used two important metrics when it comes to their networks: Premises passed and premises connected.

“In February 2012, the NBN began talking about a new metric, which was “houses in areas where construction has been commenced or completed”,” he said, adding that Prime Minister Julia Gillard was using the somewhat nebulous figure to create the impression that some 758,000 premises would be in the process of being passed by fibre — with construction crews actually commencing work in neighbourhoods around Australia.

However, Turnbull pointed out the figure only referred to how many premises NBN Co had issued paper work orders for — meaning work might not actually yet be being carried out in some areas coming in under the statistics. “Hence my scepticism about the figure – a scepticism borne out over time as we have seen how slow the actual rollout of premises connected and passed have been (these being the only relevant metrics),” the Liberal MP said. “It is noteworthy that today’s announcement does not include updated figures for premises with active connections or premises passed with fibre.”

“And it is worth noting here again that the “premises passed” figure is also questionable as it appears that the NBN Co is including in that figure premises in multi dwelling units such as apartment blocks which are not yet able to be connected on request. To be consistent with other telcos’ use of the term a premise should only be referred to as being passed if the householder can ring up the telco and within a reasonable time get a service connected. NBN Co could clear this definition up and should do so.”

In early December, NBN Co also declined to provide updated statistics at that point relating to how premises its network had completed construction to, stating that it would only release updated details on its rollout every calendar quarter. Normally, government entities such as NBN Co are required to respond to such FoI requests within several weeks.

opinion/analysis
As I wrote in this extensive analysis piece in late November, Turnbull is right that the ‘premises commenced or completed’ measure for NBN Co’s network rollout is a misleading and nebulous statistic which does not accurately show NBN Co’s progress on its network rollout and the uptake of that network. It is a useful measure in terms of its ability to give a flavour for the overall construction work NBN Co is undertaking at the moment, but it should not be the main metric benchmarking NBN Co’s progress.

Since mid-December when I started seeking a higher level of transparency from NBN Co on this issue, the company has fought every step of the way to prevent hard premises completed and active services data being released, either through its media relations spokespeople or through its Freedom of Information arm.

Last week’s media release by the company and the separate release by the Government was as blatant an attempt at spin as I have seen on this issue. How is it possible for NBN Co and the Government to claim victory in its network rollout progress, if the pair will not even say how many premises NBN Co has connected fibre to, or how many people have signed up to its service?

I know this article on Delimiter will be an unpopular one. But before you all jump in and start slamming me, consider this question again. Let it roll around your head for a few minutes.

I say again: How is it possible for NBN Co and the Government to claim victory in its network rollout progress, if the pair will not even say how many premises NBN Co has connected fibre to, or how many people have signed up to its service?