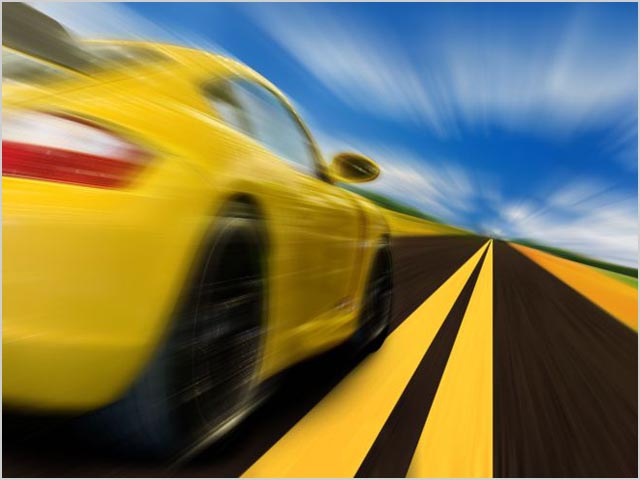 news 44 percent of NBN customers signed up so far have opted for the company’s fasted 100Mbps speed tier, the National Broadband Network Company revealed this week, as evidence continues to accumulate that Australians will overwhelmingly pay for the fastest broadband speeds available if given the chance.

NBN Co’s corporate plan published in December 2010 previously predicted that in the early years of its fibre rollout, the majority (52%) of customers who signed up for its fibre services would have picked the entry level speed tier it’s offering — a 12Mbps service which is slower even than current theoretical ADSL2+ speeds. The remainder were to be split largely between the next speed tranches of 25Mbps (17%) ad 50Mbps (23%), with only a small number (8%) taking the highest speed 100Mbps plans.

In a new Senate Estimates hearing this week, NBN Co head of product development and industry relations Jim Hassell revealed that the proportion of NBN customers signing up for 100Mbps speeds had grown even higher over the past several months. “What we have seen is that the top tier – the 100Mbps service – has attracted 44 percent of services,” said Hassell.

Greens Communications Spokesperson Scott Ludlam asked the NBN Co executive whether “it is still too soon to know whether that trend is going to continue, or whether you are still just harvesting early adopters who are going bonkers with this stuff”. In response, Hassell said although it was too soon to say whether the trend would continue nationally, NBN Co did have some sites already with very high take-up rates, such as the town of Kiama in NSW, where over 40 percent of residents have taken up NBN broadband services. And in those areas, he said, the take-up rate of the top-tier 100Mbps service was still very high – 38 percent in Kiama, for example.

Peter Harris, secretary of the Department of Broadband, Communications and the Digital Economy, which helps oversee the NBN scheme, told the Estimates hearing that the uptake mirrored statistics put out by the Australian Bureau of Statistics this month, showing very significant growth in the number of Australians seeking broadband speeds above 24Mbps – some 469,000 in the past year. “So we are talking about very big shifts in preferences for higher speed,” said Harris. “In practice, for fixed lines it means that the share of people looking for those very high speeds has gone from 18 per cent in 2011 to more than 25 per cent now.”

The news mirrors survey data released in late June by analyst house Telsyte, which found that 85 percent of Australian consumers wanted to be able to connect to the Internet at speeds of 50Mbps and higher.

In this week’s Senate hearings, Greens Senator Ludlam stated that under the Coalition’s rival FTTN plan, those 44 percent of customers who had already bought 100Mbps services on the NBN would not have been able to access such speeds.

If Labor continues to hold power in the Federal Government and the NBN project continues, and if uptake levels of the 100Mbps speeds continue to be strong, NBN Co has stated that it is likely that it will be able to use the increased revenues from such high uptake of the highest-level speeds to drive down the real-world consumer cost of accessing the NBN over time, as the network will pay for its own construction much faster than NBN Co has been anticipating – a fact raised by NBN Co chief executive Mike Quigley in another Senate Estimates hearing in May this year.

opinion/analysis
Evidence, evidence, evidence. I absolutely love that word, and the great thing about the NBN project right now is that we’re getting increasing levels of evidence all the time about how people are adopting it.

Up until this year, much of the dominant public discussion of the NBN has been based around the unspoken assumption that the project is delivering something which a lot of Australians don’t really want, and a lot of the rest of Australians don’t really need. Faster broadband, it is so often assumed, is the domain of geeks tied to their computers downloading pirates movies from the Internet and playing video games – either that, or a small number of content production companies which need to upload video.

But it turns out that this assumption is just complete hogwash. The reality – as we’re seeing at the moment through these remarkable uptake figures from NBN Co – is that the Australian public overwhelmingly wants faster broadband speeds – and I’m talking about everyone from businesses to grandparents to families. It turns out that Australia is a highly educated nation, a nation of early technology adopters, which soaks up new technology as fast as it can and runs with it.

This should give the Coalition cause for pause. If only 20 percent, or even 30 percent, of NBN adopters had picked 100Mbps speeds, then the Coalition could have successfully argued that this proportion of the population did not represent the mainstream. But the closer the 100Mbps adoption rate comes to 50 percent, the more likely it is that the NBN debate needs to acknowledge that most of Australia wants 100Mbps speeds – not just geeks and businesses. In fact, as we saw in June, surveys of the Australian population have already shown this. But surveys are one thing – and people buying broadband with actual money are another.

It continues to seem that as time goes by, the argument for the NBN continues to get stronger and stronger. As Greens Senator Ludlam pointed out in Senate Estimates this week, under the Coalition’s rival FTTN NBN policy, the 44 percent of NBN adopters who have signed up for 100Mbps speeds would not be able to – the speeds available would simply not reach that high. When you take into account the fact that this higher uptake will help pay off the NBN rollout quicker … it becomes very hard to make the argument that a lesser speed, lesser capacity FTTN network – even if it can be delivered faster than the FTTH NBN by several years – is actually worth it at all.

These figures illustrate that the demand is there. It’s gradually seeming increasingly foolhardy that the Coalition does not want to meet that obvious electorate interest in the project.