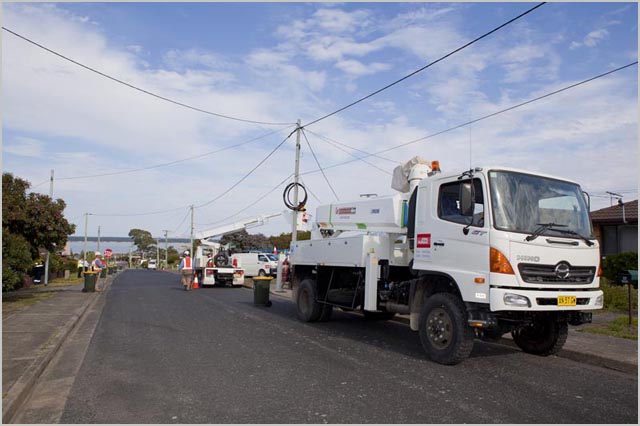 news The National Broadband Network Company today confirmed it had made its head of construction Dan Flemming redundant, just 18 months after he was appointed, in a move that marks the second time the leadership of the company’s construction team has changed in less than two years.

In a statement, the company said that its chief operating officer, Ralph Steffens, had announced an “adjustment” to NBN Co’s structure to ensure it was best placed to deliver on its targets. The first move is that the commercial and contract management teams previously in the company’s Construction division would move to the Business Operations division under executive Kate Stapleton. “This allows us to consolidate expertise as we focus on the vital areas of contract management and rollout delivery within the COO team,” NBN Co’s statement said.

“Further to these changes,” the company added, “Dan Flemming, head of construction, will be leaving NBN Co. For almost three years Dan has been instrumental in developing NBN Co’s construction capability. His passion for and commitment to the National Broadband Network has been clearly evident throughout his tenure. Dan’s achievements in leading and growing the NBN Co Construction organisation are many, and greatly appreciated. We thank Dan and wish him well for the future.” An NBN Co spokesperson confirmed that Flemming had not resigned but had been made redundant from the company. The news of Flemming’s departure was first reported by The Australian.

NBN Co also noted that Richard Thorpe, the current general manager of Implementation, would move to the new position of executive general manager of Construction effective from today, reporting to COO Steffens. “Richard has 15 years experience in the telecommunications industry having held a number of senior management roles within both BT Openreach as well as Level 3 Communications,” the company said. “Whilst working for Level 3, based in Denver USA, Richard was responsible for constructing their European fibre network and datacentres.”

Flemming’s departure marks the second time NBN Co has lost a head of construction under less than ideal circumstances. In April 2011, the company’s then-head of construction Patrick Flannigan resigned unexpectedly, just days after negotiations broke down between the fledgling fibre monopoly and some 14 construction firms about the construction of the nation-wide network.

One of the eight senior executives reporting to CEO Mike Quigley, Flannigan had over 25 years experience in the infrastructure service industry. His role will now be taken on an acting basis by Dan Flemming, who up unti that point was working as construction general manager. Flemming was confirmed as the company’s permanent head of construction several months later in August 2011.

In December last year NBN Co also lost another of its most visible executives in the form of the company’s Head of Product Development and Industry Relations, Jim Hassell. After NBN Co chief executive Mike Quigley and perhaps Head of Corporate Kevin Brown, Hassell had been the company’s public ‘face’. He joined Broadcast Australia late last year as chief executive officer.

opinion/analysis
Even the most fervent pro-NBN commenters will find it hard to put a positive spin on this one. Frankly, the build-out of the NBN is one of Australia’s largest construction jobs ever, and leading its construction is an incredibly prestigious role. If NBN Co has seen fit to make Flemming’s role redundant (and remember, he did not resign from the role; he was given his marching orders), there must have been very significant disagreement within NBN Co as to how that construction job was progressing.

We still don’t know how much progress NBN Co has made on its rollout over the past three months, as the company has declined to release hard rollout and active connections data through the quarter to the end of December 2012. So it’s hard to judge how well Flemming was doing in meeting the company’s targets.

However, to my mind what this situation reads like is a clear-cut case of the company’s relatively new chief operating officer Ralph Steffens (he’s been at NBN Co little over a year) taking a more direct hand in the NBN implementation.

While Flemming was no doubt very competent, he never struck me as a heavy hitter at NBN Co. In comparison, Steffens is very definitely a heavy hitter, both at NBN Co and globally. Prior to taking his current role, Steffens (pictured, right) held a number of very senior positions at British telco BT, where he led a team of no less than 4,000 staff based in 34 countries as the company’s managing director of service delivery. 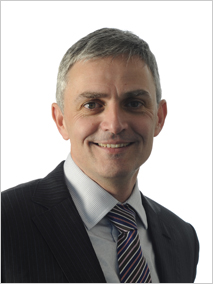 However, and perhaps more critically, previous to that, Steffens held down a long-term role at European telco COLT Telecom, where he rolled out a series of metropolitan fibre networks across Europe.

My suspicion is that Steffens, now having a year under his belt at NBN Co, is taking more direct control of NBN Co’s construction unit and hasn’t been afraid to kick some ass to get that job done, especially as the company is now under the pump to show results ahead of the upcoming Federal Election.

Is this a good thing? To be perfectly honest, yes, I believe so. I’ll pretty much greenlight anything that will get the NBN rolled out faster at this point. It’s been almost four years since the new NBN policy was announced in April 2009, and a little over five years since Kevin Rudd took power in late 2007 and announced the original NBN policy. A lot has been done and said since then, but NBN Co still hasn’t deployed its network to that many premises yet. And that’s its only real benchmark, as I have no doubt Steffens is painfully aware. I really don’t personally care how many asses Steffen or NBN Co chief executive Mike Quigley has to kick to get this job done. In fact, to some extent I am hoping that both are going all Steve Jobs on NBN Co’s internal staff. This job needs to get done. The time is now.