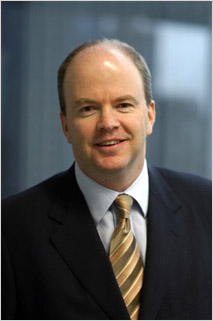 A spokesperson for the company said: “We are delighted to welcome an executive of John’s calibre and experience to this important role within the company. Our IT and systems are core to the NBN and to the operation and delivery of a wholesale network designed to serve the people of Australia for decades to come.” It appears the news was first broken today by the Financial Review newspaper.

McInerney (see his LinkedIn profile here) has long been one of the most high-profile IT executives working in Australia’s telecommunications industry. He spent six years in top-level IT roles at the nation’s largest telco Telstra from 2004 through to 2010, culminating in two years spent as the telco’s chief information officer. In August 2011 he took up a role as vice president of HP’s Infrastructure Technology Outsourcing division for the Asia-Pacific and Japan region. Before his Telstra roles, McInerney had a prior career that included several years as the CEO of the Datum group – a company he spent nine years in total at.

The executive will replace NBN Co’s inaugural CIO Claire Rawlins, who resigned and left NBN Co in August this year, after spending several years at the company setting up its IT support operation.

NBN Co is an unusual company in the sense that it was founded as a startup, from scratch in mid-2009. Because of this, it had no legacy IT infrastructure to deal with as it ramped up its operations. However, it was also highly capitalised and had a very rapid growth plan This led to the ability to make ambitious decisions with respect to building out its IT infrastructure, as some of the company’s IT executives describe in this extensive article on the subject published by Delimiter in March 2012.