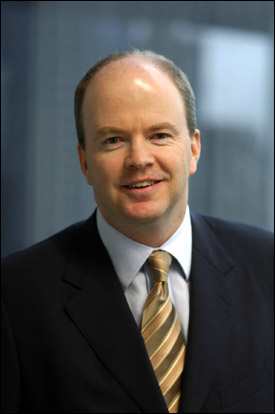 Telstra has continued its horror run of short-lived chief information officers, with incumbent CIO John McInerney having resigned after less than two years in the role, according to multiple reports.

iTNews appeared to have broken the story late this afternoon that McInerney – Telstra’s CIO since November 2008 — had resigned the position effective immediately after several months on leave. ITWire has also confirmed the news, although several Telstra spokespeople did not return calls late tonight.

McInerney’s deputy Ashley Lazaro — who has been acting in the role and notably took the CIO’s place at a recent Telstra press conference — would continue to act in the role until a replacement was found.

McInerney is just the latest in a long line of CIOs who have only lasted a few years in the top IT role at Telstra. Previously to winning the CIO role, the executive was the telco’s executive director of information technology, a position he had held since mid-2007. He has been with Telstra for about 7 years in total, after a prior career that included several years as the CEO of the Datum group – a company he spent nine years in total at.

Controversial Telstra transformation advisor Tom Lamming – who was brought into the telco by then-CEO Sol Trujillo – had led Telstra’s IT transformation and operations for several years before McInerney took the job.

Before that time, the last executive to formally hold the CIO title was Fiona Balfour, who left the top IT role at Qantas for the Telstra role, displacing incumbent Vish Padmanabhan in her turn.

Telstra’s longest-running CIO in recent history has been Jeff Smith — currently Suncorp chief information officer — who himself only helmed the telco’s IT operation for some three years.