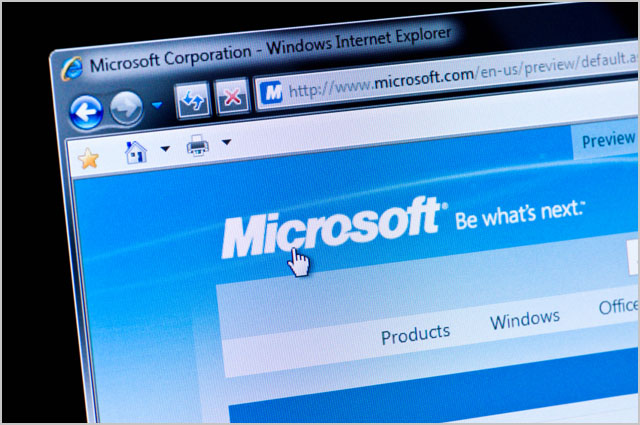 news The outdated version 6 of Microsoft’s Internet Explorer web browser is still mandated and/or supported by seven Federal Government agencies, according to a new survey of the Canberra public sector’s browser preferences, in a further indication that legacy versions of key software platforms continue to be maintained by the Government.

Internet Explorer 6 was first released in August 2001, and shipped with Microsoft’s Windows XP operating system, which continues to be popular within major and minor organisations as a stable desktop platform of choice globally. However, Microsoft considers the browser deprecated and unsupported, and has long been conducting a campaign to shift its users globally off the software. A number of modern features — such as fast Javascipt, support for tabbed browsing, protection against Internet malware, memory protection, granular privacy controls and more — are missing from IE6, and the browser also does not render many modern web sites correctly.

“Friends don’t let friends use Internet Explorer 6,” Microsoft’s “Internet Explorer 6 Countdown website states. “And neither should acquaintances. 10 years ago a browser was born. Its name was Internet Explorer 6. Now that we’re in 2012, in an era of modern web standards, it’s time to say goodbye. This website is dedicated to watching Internet Explorer 6 usage drop to less than 1% worldwide, so more websites can choose to drop support for Internet Explorer 6, saving hours of work for web developers.” Microsoft has also set up a distinct set of case studies and resources to assist corporations from migrating to more modern browsers.

Thomler viewed the results as being broadly positive for the Federal Government.

“While a few agencies (including some very large ones) still lag back on Internet Explorer 6 or 7, most are using acceptably modern web browsers, even providing a choice in many cases – which helps compensate for some of the minor niggles in some browser versions,” he noted in a blog post about the web browser results.

The agencies which noted they were still supporting IE6, according to the survey results, were the National Film & Sound Archive, the National Native Title Tribunal, the Office of Parliamentary Counsel, the Department of Health and Ageing, the Great Barrier Reef Marine Park Authority, AusAID, and the Australian Maritime Safety Authority. However, some agencies — such as the Department of Immigration and Citizenship — a major agency — declined to comment on the issue.

One department known to have only recently upgraded to IE7 — which is itself deprecated, having first been released in October 2006 — is the Department of Defence, which confirmed in July 2010 that it would upgrade its 90,000 desktop PCs from version 6 to version 7 of IE. That news came shrtly after a major private sector organisation — the Commonwealth Bank — confirmed in February 2010 that it was upgrading staff machines to support IE7.

However, clearly there is also more work to be done here; and I hope the IT managers and chief information officers at the various departments and agencies quoted in this article note that they are running an extremely outdated browser. Modern browsers make for happier and more secure users in government departments. Let’s hope Thomler’s survey spurs some of these departments into action.

To my mind, I would like to see some more positive action on behalf of Federal Government IT departments. Rather than merely, for example, offering support for the use of alternative browsers such as Firefox and Chrome, why not encourage users to use these browsers? I have found personally that my productivity has increased exponentially over the past few decade as I have deployed first Firefox, and then switched to Chrome. You can just have so many more windows open with so many more tabs with Chrome than you can with any other browser — and more tabs equals more information density. Throw in a second or even third monitor, and any information worker (which there are a lot of in the Federal Government) is going to be just that little bit more productive.

This isn’t rocket science; these are factors of workplace productivity which are well understood in the IT sector by now. Better equipment (and it’s cheap, by the way) equals fitter, happier and more productive workers. It should be an easy sell.