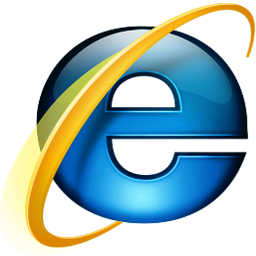 Australia’s Department of Defence today confirmed it will upgrade its 90,000 desktop PCs from version 6 to version 7 of Microsoft’s Internet Explorer web browser — almost four years after the software was first released.

Defence commenced the rollout of IE7 earlier this year on it’s fixed restricted network, with IE7 now deployed on the majority of user desktops,” said a Defence spokesperson, noting the rollout would affect 90,000 machines. “We are currently resolving some application compatibility issues for a small number of users.”

“Defence is planning to upgrade its overseas deployed restricted Desktops to IE7 by 2010.”

IE7 is a more modern browser than IE6, introducing new features such as the tabbed browsing made popular in rival browsers like Firefox, an anti-phishing filter and enhanced support for web standards. Microsoft reworked a number of core areas for IE7′s release — such as the rendering engine and the way the software handles security.

However, IE7 was released in October 2006 and has since been superceded by version 8 of the Microsoft browser, which was released in March 2009. Internet Explorer 9 is currently in development. In response to a question about the delay, the Defence spokesperson said “there was no business driver” to upgrade until recently.

The news comes as there is increasing pressure from employees in organisations to gain more flexibility around what browser — and software in general — they are allowed to use at work.
Technology giant IBM has recently anointed Mozilla’s Firefox browser as the default option for all of its 400,000 employees.

The Defence spokesperson said the department continued to look at alternate browsers, but the current upgrade to IE7 was to maintain compatibility for applications built on IE.

“Defence does not allow staff to install their own software including desktop browsers on Defence networks,” they added. “This restriction allows Defence to support the desktop environment and to manage security and vulnerability patches.”

Defence is not the only large Australian organisation to take its time in rolling out new versions of IE. In late February the Commonwealth Bank of Australia told staff it was shortly to upgrade to IE7. The bank has some 38,000 staff.