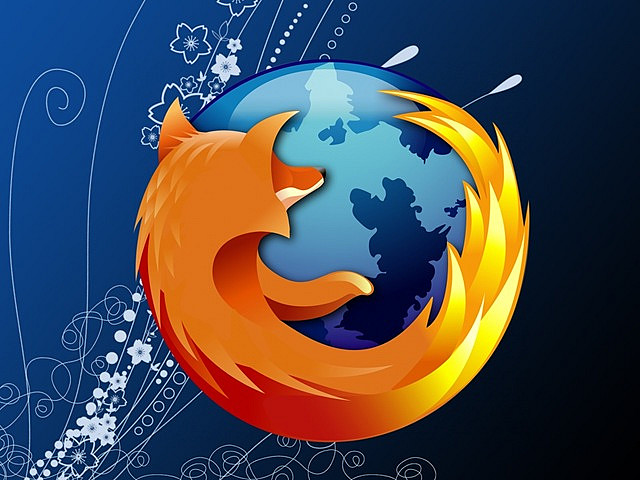 feature If you ask any Australian technology professional which web browser they prefer, you’ll get a plethora of different answers. The debate about browser preferences is as fiery as the one about desktop operating systems.

And each has its supporters. Some prefer Firefox for its open source nature, the rapid pace of its development and the sheer number of available plugins that can extend its functionality. Some prefer Google’s Chrome for its speed and the stability generated by keeping each tab in its own memory envelope.

Still others remain hardcore fans of the Norwegian Opera browser due to its incredible feature list and speed. And of course, Apple’s own Safari browser — based on much of the same code as Chrome — retains fans, especially on the Mac OS X platform, but also a small user base on Windows.

What you won’t find, however, when you ask this question in Australia’s technology sector, is many people who profess to love Microsoft’s Internet Explorer browser.

It was long-term criticism of Internet Explorer’s non-standards-compliant features, bugs and lack of development, after all, that led to the explosion in the popularity of alternatives throughout the past half-decade. And despite rapid improvements in the browser’s capabilities since that time, many technology enthusiasts still maintain bad memories of the software.

And yet there is one place in Australia that Internet Explorer remains firmly entrenched, with barely any rivals to challenge its virtual monopoly: On the desktops of the nation’s large business and government entities.

The central agency in the Federal Government responsible for setting overarching technology policy is the Australian Government Information Management Office within the Department of Finance and Deregulation.

Questioned recently about browser choice in the Federal public sector, a departmental spokesperson laid out a stark fact. “Over 96 percent of Australian Government personal computers use Internet Explorer as the web browser,” they said. Firefox is used by just over three percent of Federal Government desktops, while Chrome, Safari and Opera together have a share of just 0.25 percent.

And it gets worse — often those desktops aren’t even running the latest version of Internet Explorer. In June this year, one of Australia’s largest departments, Defence, confirmed it would upgrade its 90,000 desktop PCs from version 6 to version 7 of Internet Explorer — almost four years after the software was first released.

At the time, a Defence spokesperson said the department continued to look at alternate browsers, but the current upgrade to IE7 was to maintain compatibility for applications built on IE. “Defence does not allow staff to install their own software including desktop browsers on Defence networks,” they added. “This restriction allows Defence to support the desktop environment and to manage security and vulnerability patches.”

It’s a similar situation in the private sector.

Ask any employee who’s worked for large corporations in Australia and you’ll hear a string of stories about how they had to petition their IT department repeatedly to get an alternate browser installed — usually because they don’t have administrative privileges on their Windows XP machine.

It was only February this year that the Commonwealth Bank of Australia told staff that it would shortly be upgrading to IE7. The key factor holding the bank back over the past four years? The need to test a plethora of applications for compatibility with the new version before the rollout took place.

Even the makers of Firefox themselves display somewhat of a lack of confidence in the ability of large local organisations to deploy their browser en-masse. “We are not aware of any big Firefox rollouts happening in Australia,” says a Mozilla spokesperson when asked about the issue recently.

Light on the hill
Despite the apparent lack of interest in alternative browsers from large organisations in Australia, however, there are some examples of local corporate rollouts that have taken place.

De Bortoli Wines — which has developed a reputation for the innovative use of technology over the years — standardised on Firefox in 2004 for all of its corporate desktops — both Linux and Windows. The company now also includes Chrome with its machines, with the group’s IT manager Bill Robertson citing the Google browser’s increased rendering performance on sites such as Google’s Apps online office suite.

The executive says De Bortoli did experience some issues early on with web sites that were only supported in Internet Explorer. “But this is much less of an issue now, with Firefox support becoming fairly mainstream,” he says.

In fact, now the shoe is on the other foot, with De Bortoli now developing and deploying services that rely on new standards such as HTML5 — which Robertson says are not deployable with the current versions of IE. Version 9 of the browser, which is currently in beta, does support more of HTML5, however.

With Firefox having initially been targeted at individual PCs, in the past some have compared the Mozilla offering unfavourably to Internet Explorer, which benefits from the enterprise manageability features found across the Microsoft operating systems. However, Robertson says he believes all the major browsers were currently “much the same” in terms of enterprise supportability.

“Luckily, the majority of our desktops are single image Linux — so maintaining Firefox and Chrome on these devices is not a major concern for us,” he says. “Our bigger issues are standards compliance and multi-operating system and multi-platform support.”

For a greenfields site such as a startup, Robertson recommends both Firefox and Chrome be deployed. “They both have their particular strengths (Compatibility, performance, and features) and while the Internet has become quite critical to business its still an evolving story,” he says. 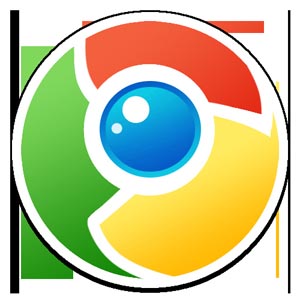 Another major organisation which has deployed Firefox widely is IT services, software and hardware giant IBM, which announced in July this year that Firefox had become its default browser.

The company’s Australian chief information officer Steve Godbee, who is responsible for internal IT operations, says going back a few years IBM had been predominantly using Internet Explorer, but Firefox had been organically adopted by its staff.

The new official browser hasn’t been rolled out across IBM’s Australian operations en-masse though, Godbee says. Instead, the software is installed by default on new workstations and laptops that are issued, and it was more a matter of encouraging staff to use it internally if they weren’t already.

Security updates and patches for Firefox are pushed out across the whole company as part of IBM’s standard internal software update process, and users will have the choice to install patches later if they’re not critical, or mandated to install them immediately if they are.

Going back a few years, Godbee says, there were some internal applications which used Internet Explorer which didn’t support Firefox. But as time has gone by, they have broadly been updated to support the alternative browser.

And even if some still had problems, it wouldn’t be that big of an issue — Godbee points out that within Firefox there’s an option to use an emulator plugin to use Internet Explorer’s rendering engine within the Mozilla application — delivering complete compatibility.

Despite Firefox being anointed as IBM’s official browser, however, employees don’t have to use it. “Personal preference isn’t stopped,” says Godbee, noting that staff can still use Chrome and other browsers.

Godbee compares the organic growth of Firefox to that of Linux on server platforms. Instant messaging also grew like a virus within IBM — and the same with the changing face of the mobile phones used by staff. More staff use Nokia devices than any other handset, but BlackBerry also has a presence, and of course the new iPhone and Android platforms are making headway as well.

Ultimately, Godbee says, supporting staff is increasingly about building applications that are operating system-independent — desktop platforms that are based on cloud computing, for example.

The future
It has long been speculated at by technology sector pundits that one of the reasons that open source platforms such as Firefox have not been adopted broadly within large organisations in Australia is because of the difficulty of structuring standard procurement arrangements to include what is essentially free software.

The spokesperson from the Department of Finance and Deregulation said in terms of the public sector, each agency had to make up their own mind. “An agency’s decision to choose a particular browser is based on value for money, including the browser’s interaction with the agency’s existing operating environment, rather than just the capability of the browser,” they said.

The Australian Government Information Management Office does not provide guidance to agencies on the choice of web browser.

But with consumer technologies increasingly making their way into large organisations, in a trend that analysts have dubbed “consumerisation” of the enterprise, it may be that IT directors don’t end up with much of a choice, as Generation Y brings its own hardware, software and — ultimately — browser preferences, into their new employee’s organisation.

And consumer demand for Firefox in particular is strong.

According to data provided by Mozilla, as at August this year, there were about 1.8 million average daily users of Firefox in Australia, as well as 652,000 Australian downloads of the software that month.

That’s a sizable chunk, when you realise that total global average daily users of Firefox at the same time was about 114 million. In short, roughly 1.5 percent of total Firefox users globally are Australian. And the number is growing. As at August 2009, there were 1.6 million average Australian daily users of Firefox. That figure was much smaller — 1.2 million — in August 2008. In other words, although IE is still the dominant force, Firefox is a strong challenger, with Chrome and then Safari coming up behind.

IBM CIO Godbee compares his company’s adoption of Firefox to the way that the similarly open source Linux operating system gained traction on servers around the world over the past several decades since it was first released.

“Over a period of time it has been organic,” he says. “And suddenly there is it is, on a wide scale.”