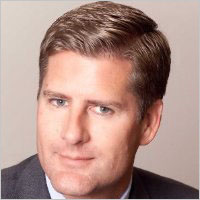 news The Australian division of German software giant SAP today confirmed it had poached Andrew Barkla, the long-serving Asia-Pacific chief of IT services giant Unisys to lead its Australian operations, following the departure of incumbent Tim Ebbeck in January this year.

A spokesperson for SAP confirmed Barkla would start at SAP Australia next Monday the 9th of May, following the revelation of the news in The Australian newspaper this morning.

Barkla has a very long history within the global IT industry. According to his LinkedIn profile, his current title at Unisys is Regional Vice President, General Manager of the company’s Asia Pacific region. He has been with Unisys since January 2003, after holding a similar position at PeopleSoft, which was subsequently purchased by SAP rival Oracle.

Prior to joining PeopleSoft in 1999, Barkla held the post of managing director of the Australian and New Zealand division of Systems Software Associates; a company he joined in what appears to be his home country of Canada. He also spent a little less than a year working for SSA in China. He was educated at Wilfrid Laurier University (in Ontario, Canada) in 1981 through 1985.

Ebbeck’s time leading SAP has seen it make some major wins in Australia. The highest profile was probably the German giant’s success in breaking Australia’s core banking IT market wide open through winning a substantial deal which has seen its software placed at the heart of the Commonwealth Bank’s core banking replacement project — an initiative which has a total value of over $1 billion. SAP is working on the project with partner Accenture.

However SAP has also recently signed deals with a number of other players — the National Australia Bank for one, as well as companies like Goodman Fielder, Fortescue, AGL Energy and government departments such as Queensland Rail and the Department of Defence.

Perhaps SAP’s biggest issue in Australia during the period have been the ongoing payroll systems debacle at Queensland Health, which has seen many public servants go without their pay for periods. However, a report into the effort made no specific mention of SAP — blaming the problems primarily on poor governance within the State Government rather than the software used for the project.

SAP Australia’s other major struggle during the period has been fighting off the challenge posed to its market share (along with Oracle, SAP dominates much of the business software market) by Software as a Service players like Salesforce.com. SAP has traditionally preferred the on-premises deployment model, but over the past year has taken its first steps into SaaS or ‘cloud’ hosted applications in Australia, courtesy of partnerships with companies like Oxygen and Fujitsu, and even launching its SaaS Business ByDesign product locally in August last year.

opinion/analysis
I can only remember touching base with Barkla once or twice during his time at Unisys; from memory it would have been back in 2008 when the executive took a more hands-on approach with Unisys Australia following the departure of then-Unisys Australia MD Steve Parker for local IT services firm Oakton. I believe Barkla to be a pretty tough cookie; it will be interesting to see what impact he will be able to make on SAP’s operations in Australia. Like many foreign-owned corporations, it’s my impression that SAP doesn’t give its local operation a huge amount of latitude.

One area which will doubtless be a key area of focus for Barkla will be the hosted enterprise software market, where Oracle and Microsoft are currently making great inroads. I would like to see SAP be a lot more active in this market in Australia than they have been. The company’s new partnership with Telstra and Accenture will be a good start, but SAP itself will need to make this area a priority with its own sales teams, or else it risks being left behind somewhat in a market which is rapidly embracing what many of us grudgingly have come to term “the cloud”.