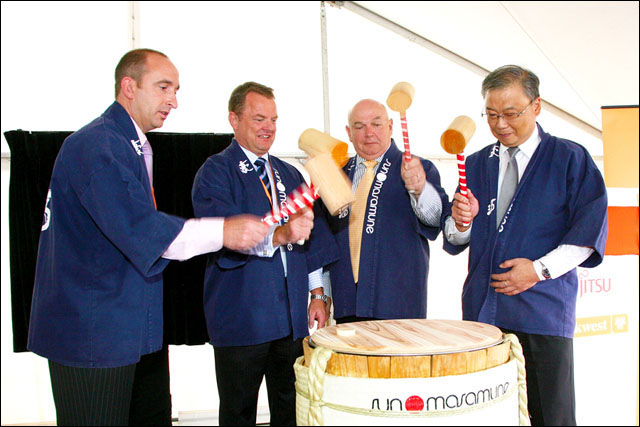 Fujitsu this morning revealed its push into the local cloud computing market was starting to bear fruit, with local beverage giant Frucor contracting the IT services giant to provide it with a cloud computing-based implementation of a SAP platform.

Frucor’s SAP servers have in the past been outsourced under a single host model, while business intelligence systems are run on in-house servers. The contract signed with Fujitsu will move both systems to one of the Japanese company’s datacentres in Sydney by April 2011.

Frucor’s move to the cloud computing system is part of a ten year SAP investment, which will support the company’s efforts to reach new international markets, particularly within Europe. The company’s IS manager for Australia and New Zealand, Paul Miller, said in a statement distributed by Fujitsu that the deal would also improve Frucor’s customer service capabilities.

“Frucor invests heavily in advanced technologies to ensure we keep working better with our major customers and maintain their confidence in dealing with us,” he said.

Well known for its V energy drink, Auckland-based Frucor was acquired in 2008 by beverage giant Suntory of Japan, which — according to the Fujitsu statement — had already established relationships with Tokyo-headquartered Fujitsu.

Initially, Fujitsu will provide service delivery management, SAP support and the transition and management of Frucor’s core applications; then in April the actual switchover will take place. Fujitsu services will be run to allow a “pay by use” model, which Miller said would reflect the nature of Frucor’s business.

“Ours is a seasonal business with a summer peak for our products. Frucor will now have an IT model which is able to respond to our business activities and market conditions as and when required,” Miller said.

The executive said the goal of the long-term SAP investment was to assist Frucor’s growth with flexible IT services able to respond to the rate of change which is typical of the business. In this respect, Miller said Fujitsu has “the most mature cloud solution in the area”. “Its operations are far more efficient per device than we could possibly provide in-house or gain from our existing hosted service,” he added.

Fujitsu Australia and New Zealand is a subsidiary of Fujitsu Limited, which currently boasts 170,000 employees across 70 countries, with revenues US$50 billion. Miller acknowledged that the existing relationship between Fujitsu Limited and Suntory influenced the selection of the cloud computing provider, but that the choice was made because the solutions offered by Fujitsu Australian and New Zeland made commercial sense for Frucor.

Fujitsu Australia and New Zealand executive general manager of Solutions, Cameron McNaught, said the deal proved IT services were heading to cloud computing. “The new contract with Frucor is significant proof that cloud services, delivered locally to meet the needs of our local market, have become a real alternative to traditional IT consumption models,” he said.