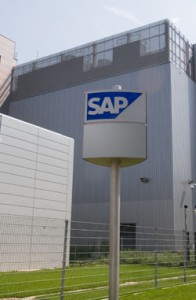 The Australian and New Zealand division of German software giant SAP grew its finances strongly over the past year, partially on the back of a major new contract with top-tier bank NAB.

In a statement released today, local SAP chief Tim Ebbeck said the company had recorded overall revenue growth year on year of 11.3 percent, making the local division the “most outstanding SAP hub in the world” for the second year running.

“Given the global recession, the slowing Australian economy, and with 2008 being our largest year ever, we knew it would require our best efforts to achieve a growth result in 2009,” said Ebbeck. “So to record double digit growth in 2009 is simply an extraordinary achievement. In fact, we delivered more revenue in Q4 2009 than we did in the entire year of 2006.”

The last SAP financial results Delimiter has access to are the documents the company filed with the Australian Securities and Investments Commission in early 2008, which show Australian revenues of $357 million for the year to 31 December 2007, compared with $333 million in 2006.

Ebbeck said one of the significant customers SAP won in the last quarter of 2009 was the National Australia Bank, which chose SAP to support what the software firm described as the bank’s “Business Operations” strategy and using the general ledger, HR and procurement capabilities of SAP’s software line-up.

NAB is also using software from SAP subsidiary Business Objects in both its retail bank and corporate bank divisions.