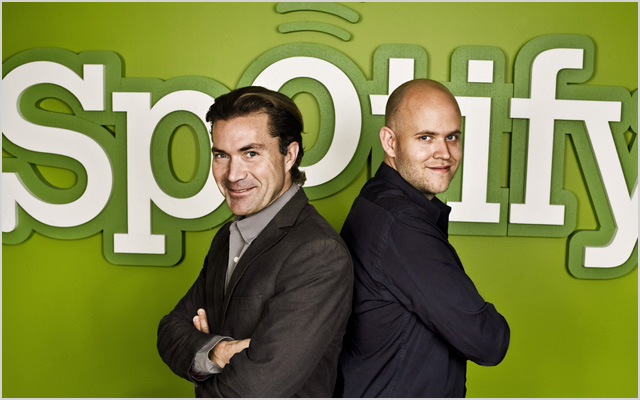 This article is by Shane Homan, Associate Professor, English, Communications and Performance Studies at Monash University. It first appeared on The Conversation and is replicated here with permission.

analysis International music provider Spotify is preparing for its launch into the Australian market later this year.

As a subscription-based streaming service, the success of the Stockholm-based Spotify across Europe and the US has challenged the dominance of Apple’s iTunes in digital music consumption. Spotify is estimated to have three million paying customers, and over ten million using its free service. Apple and similar retailers such as Nokia, Vodafone, Telstra have until now offered the purchase of individual songs and albums linked to other services or hardware.

For Apple, there was the beauty of the “end to end” model: iTunes music delivered to iPods, iPhones and Macs, completing a healthy circle of consumption and production. Other providers, such as Last.fm and the US-restricted Pandora (internet radio libraries not yet available in Australia) are also smart in assisting your song compilations (like this? then you’ll also like this…) through digital processing of your choices.

Spotify has some important differences to its existing rivals: it offers a free subscription service with ads (in the UK, £4.99 per month, or A$7.71), or a “premium” service without ads (£9.99 per month). Part of the business model is obviously to entice fans with the free subscription, and then impress them with the premium service. With its 2011 decision to restrict the playing of a single track to five plays, and a total of ten hours listening per month, this is certainly a big stick to go premium.

It’s also an admission that the free subscription has its limits in terms of future growth for the company. The major recording companies, who have shareholder stakes in Spotify, were not a fan of the strategy, either.

Musicians have also made their feelings known about Spotify’s returns to composers and publishers. In the UK, it’s estimated that a musician gains £0.0041 per stream. On this scale, plays have to be in the millions to recoup to the artist any serious revenue. This has led to some well-publicised withdrawals by labels and artists (such as Adele and Coldplay) who claim that it’s not worth the effort, and that it might actually hurt sales in other areas.

Co-founder Daniel Ek has consistently argued that a presence on Spotify, even with very low rates of return, is much better than the bleeding of revenue to illegal downloading companies like Pirate Bay. This is one of the reasons why Napster founder Sean Parker has invested in Spotify, as part of the search for the Holy Grail: a digital music service that satisfies artists, recording companies and consumers.

According to the International Federation of the Phonographic Industry (IFPI), legal downloading revenues are slowly starting to matter, with a rise in global digital revenue by 8% in 2011, although overall market sales were down. However, this slow shift to meaningful digital returns isn’t just about making it easier for illegal downloaders to become “legit”, or winning them over. It also requires greater transparency from these large aggregators of content about the true nature of their relationships with music publishers, and royalty rates.

This is a company that now has a serious footprint across key territories, but is apparently yet to go into collective profit. Yet for ease of use, the depth of its song library (over 15 million tracks), and application across everyday media, Spotify remains an attractive proposition. It will be a major contender in the Australian market, particularly as the NBN is fully rolled out. It has also incorporated many of the features of internet radio rivals that link consumer preferences to what’s in the catalogue.

The company is now in discussions with the Australian subsidiaries of the major labels, and the extent to which it captures iconic Australian artists, past and present, in its catalogue will be crucial. AC/DC, for example, refuse to engage with any digital service, streaming or otherwise.

Let’s be clear. The recording companies have consistently failed to comprehend the shift to digital lifestyles, and their longstanding belief in consumer litigation and perpetual resort to copyright law reform has failed (and in many cases had opposite effects to those intended). It says an awful lot about the music industry that the key IT companies have dominated legal sales mechanisms in providing affordable digital systems and a decent market share. Spotify will continue to be an interesting experiment in an industry that is still not relaxed and comfortable about the new century.