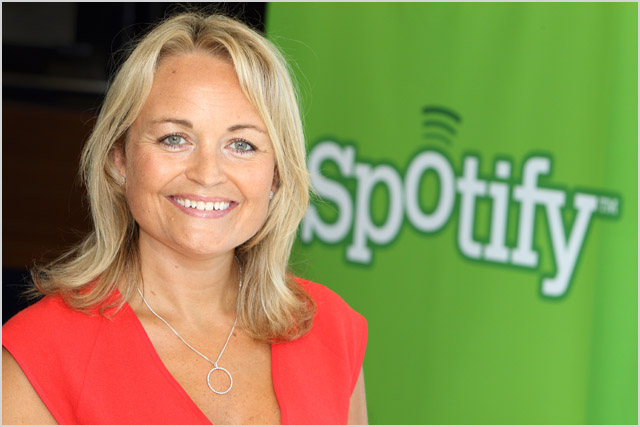 news In the realisation of one of the worst-kept secrets in Australia’s new media and technology sectors, Swedish music streaming Spotify has launched locally, joining a throng of streaming rivals aiming to capture the Australian market for digital music consumption.

Spotify was founded in Sweden by co-founders Daniel Ek and Martin Lorentzon, but is headquartered in the UK. The company offers a selection of streamed music through a variety of major labels — with names such as Sony, EMI, Warner Music Group and Universal having signed on to its roster. In the US, the organisation has recently launched through a partnership with Facebook and spearheaded by maverick dot com mogul Sean Parker. The lack of a global service has caused a number of guides to spring up online to accessing Spotify outside of the US through technologies such as virtual private networks.

However, Spotify has been publicly hinting at an Australian launch for some time. In November last year, the company hired former Google Australia chief Kate Vale (pictured, above) as its local sales director — now managing director. Vale’s appointment — outed on her LinkedIn profile was at the time believed to signal an imminent Australian launch even though the company has been non-committal as to specifics. Spotify’s local hiring spree started in October, with its website listing the position of a Sydney-based Account Manager to liaise with the company’s label partners.

This morning Spotify issued a media release making its Australian launch official. “We’re unbelievably excited to be here,” said co-founder and CEO Daniel Ek. “Australians are massive music fans and we’ve created a service that we know they’ll love. Spotify offers everything you could possibly want from a music service: it’s free, it’s fast, it’s easy to share and with more than 16 million songs we have one of the biggest on-demand music libraries in the world.”

“Spotify is a game changer,” said Vale. “This is a revolutionary new music service that’s free, simple, and provides lightning-fast access to one of the world’s biggest music libraries. We hope Australian music fans will love Spotify as much as they do across Europe and the US.”

Spotify offers users three pricing models. The first is free, but features advertising. The second, ‘Unlimited’, will cost Australians $6.99 a month and removes the ads from Spotify’s broadcast, but can only be used on users’ computers. And the third model, ‘Premium’, allows users to listen to ad-free music on any of their devices for $11.99 a month.

In Australia, Spotify has launched “with deals in place with all four major labels, APRA and a raft of independent labels”, the company said today, as well as a specific plugin app for the ABC’s Triple J station. “The app, which has been specially created for Spotify users, will showcase new tracks on Triple J Hitlist, featured albums, and include past Hottest 100 countdowns,” said Spotify this morning. “The app will also feature all the latest music news.”

A number of other music streaming services have also recently launched in Australia: Research in Motion’s BBM Music service (only available on its BlackBerry handsets), Samsung’s Music Hub for its Galaxy line of devices, Songl from Sony and Universal, Microsoft’s Zune Pass, Sony’s Music Unlimited and Rdio. It is unclear which platform is so far enjoying the most traction.

opinion/analysis
Spotify looks pretty damn good, but of course Australia already had a decent existing service, Rdio. Either of those look a lot better than the lock-in options from the various handset manufacturers. I’ll be signing up to Spotify today and trying it out to see if it’s worth being a permanent addition to the Delimiter HQ.