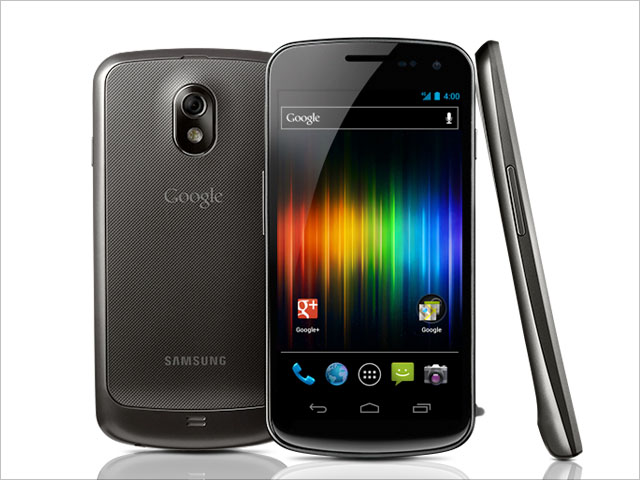 news After dropping a series of hints about the matter over the past week, Telstra finally confirmed this morning that it would launch Samsung’s highly anticipated Galaxy Nexus handset in Australia this week, claiming pole position locally with sales due to start tomorrow (Wednesday morning).

Both Optus and Vodafone have started taking pre-orders for the handset through their websites, with an official launch for the device to take place later this week by Samsung itself.

The Galaxy Nexus is the first smartphone to run version 4.0 of Google’s Android platform, dubbed ‘Ice Cream Sandwich’, which features a number of improvements over the previous ‘Gingerbread’ version of the platform — ranging from an improved user interface to better multitasking, system and application notifications, to the ability to respond quickly by text message when an incoming call arrives, a voice recognition engine, better camera, voicemail and calendar handling and facial recognition features for unlocking the screen.

However, in terms of its hardware, the device is not as powerful in some areas as other handsets which have been available in Australia for some time, with reviewer Jenneth Orantia writing in Delimiter’s review of the device that power users would be better off looking at Samsung’s existing Galaxy S II handset, which has been on sale in Australia for some time and is now subject to discounts by the major carriers.

In a statement released early this morning, Telstra said it would place the handset on sale from several Telstra stores — its shopfronts at 400 George St in Sydney and at 246 Bourke St in Melbourne — and online from tomorrow (Wednesday). Other Telstra stores and Telstra partners (including JB Hi-Fi and Fone Zone) across Australia will commence selling the Galaxy Nexus from this Thursday 15 December.

The company will sell the handset on its $59 Freedom Connect plan for $10 a month handset repayment costs over a two-year contract (for a total of $69 a month), or for zero dollars per month on a $79 plan or above. The $59 option assumes customers are using what Telstra describes as its ‘MRO Bonus’. It’s not immediately clear what this refers to. Customers can also buy the handset on similar business plans.

On Telstra’s network, the Galaxy Nexus supports the telco’s high-definition voice feature.
“Telstra customers have been counting down to the launch of the world’s first Android 4.0 smartphone and we’re delighted to be able to offer this groundbreaking device ahead of Christmas,” said Andrew Volard, Director, Telstra Mobile.

“Our customers are going to love the beautifully redesigned Android 4.0 operating system which features a more modern user interface, resizable widgets and improved web browsing and multitasking. The super-thin Galaxy Nexus with its extraordinarily vivid 4.65-inch HD Super AMOLED display is the perfect smartphone to experience Google’s most intuitive operating system yet.”

“Our customers will also enjoy superior web browsing on the Galaxy Nexus thanks to Telstra’s HSPA+ mobile download speeds. Customers can pull down web pages faster, stream video with less buffering, and access their social networks more quickly.” It is not clear whether the Galaxy Nexus supports the 1800Mhz frequency Telstra is using for its 4G/LTE network, but the company has not specifically announced the handset as supporting LTE.