news National mobile carrier Optus has released the pricing and started taking pre-orders for the highly anticipated Samsung Galaxy Nexus handset to launch on its network in Australia, offering customers a launch discount of two months worth off their network access fees.

Optus will launch the Galaxy Nexus on $29, $49, $59 and $79 monthly ‘cap’ plans, with handset costs to be $16, $8, $5 and zero dollars per month respectively on a two year contract. The company’s plans range up to offerings with 3GB of monthly data. Optus will also offer the handset for no repayment cost on its $99 and $129 ‘Timeless Extreme’ plans.

Vodafone has also confirmed it will launch the Galaxy Nexus, while Telstra has not officially confirmed a launch as yet, but has released a promotional video strongly hinting it will launch the handset. Optus has not issued a statement on the matter, but its plans are available through its website. Samsung itself confirmed last week that it will officially launch its highly anticipated Galaxy Nexus handset in Australia on 14 December; although it did not give any details of carrier availability at that point.

Both of the previous Nexus handsets launched in Australia over the past several years, and the Galaxy Nexus has gone on sale in the UK, with launches planned for Canada, the US, Japan and India.
Independent online retailers Mobicity and Kogan have already started selling the handset, ahead of any planned Australian launch by Samsung itself or the mobile carrier partners. On its web site, Melbourne-based retailer Kogan has made an unlocked version of the Galaxy Nexus available for $799. The handset is compatible with all of Australia’s major mobile networks (including Telstra’s Next G network). It doesn’t come with a warranty from Samsung, as it has been imported from an international distributor, but it does come with a warranty from Kogan itself.

Mobicity is similarly selling the Galaxy Nexus for $799, marked down from what it said was an initial price of $999. The company noted that customers who pre-ordered the device will receive it first and new customers will be supplied on a first-come, first-served basis. Mobicity recently noted on its Twitter account that it expected to receive the first batch of Galaxy Nexus handsets on the 23rd of November this week and the second batch on the 29th of November. 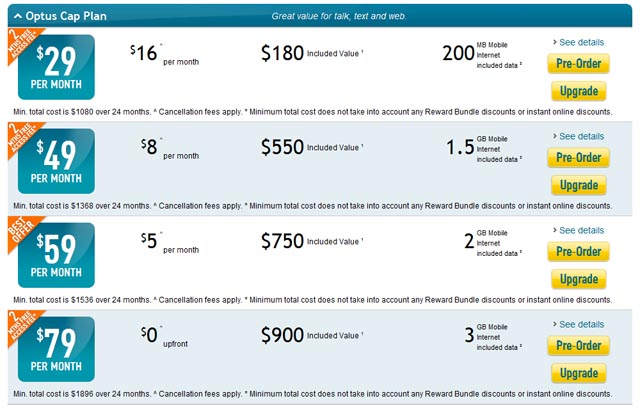