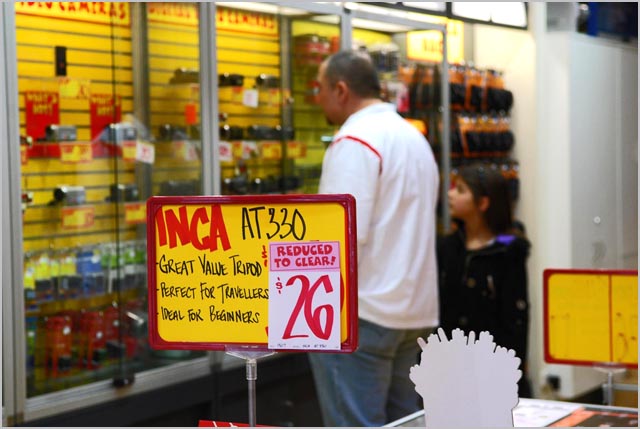 news Federal Labor MP Ed Husic has warned technology vendors hiking prices for the Australian market that criticism and examination of their pricing strategies would not cease, despite the fact that they had so far been largely unresponsive on the issue.

Since the start of this year, Husic has been attempting to get answers from technology giants about why they feel it’s appropriate to rise prices significantly above those found in America — leading to the so-called tech tax — for Australians. The MP has raised the issue with the vendors themselves, in the House of Representatives several times and directly with senior figures such as David Bradbury, Parliamentary Secretary to the Treasurer.

Treasurer and Deputy Prime Minister Wayne Swan indicated in late October that the Government is keenly awaiting a report from the Productivity Commission which will detail the extent to which price hikes on imported technology goods and services are hurting Australian consumers, as part of the Commission’s overall report into the retail sector.

However, in a new speech in Parliament last night (the full text of which is available online), Husic expressed his disappointment at the lack of response from the technology sector to the Productivity Commission’s enquirt in general. “I understand from inquiries I made today that the Productivity Commission has submitted its overall review into the Economic Structure and Performance of the Australian Retail Industry – which the IT pricing discrimination issue will form a part of,” he said.

“When I scanned the submissions listed on the Productivity Commission website, something else became glaringly obvious: Not a single one of the major vendors took the opportunity to make a submission to the Commission. It’s staggering that with all the interest in this matter, the vendors and companies like Adobe, Apple, Lenovo or Microsoft didn’t take the chance to comment.”
Husic said he suspected the vendors believed they could “ride out this sustained public focus”.

However, he maintained the issue would continue to be in the spotlight, quoting a consumer who made a submission to the Productivity Commission’s review: “I believe these enforced price differentials, especially for online downloads, are baseless and exploitative of the average Australian consumer, who will not complain about the price for the sake of convenience and minimal hassle,” he said.

Adobe and Microsoft have stated that much Australian pricing for their products was actually set by the local distribution channel, and that the issue is a broader one that applies not only to the technology sector.

One new avenue for Husic in criticising the vendors may be through the Federal Government’s own IT procurement practices, which are largely carried out through departmental chief information officers and their IT departments, as well as centrally through the Australian Government Information Management Office.

Husic said he intended to follow up within the Government to see what measures were in place to ensure it was getting value for money and that the “inflated prices” that were affecting consumers were not being felt by the public sector.

“Frankly, I think that we need to ensure that there is value for money for government, for consumers and for small business,” he said. “If they think they can ride this out, I would beg to differ and urge them actually to be a lot more transparent in the way that they approach this issue.”