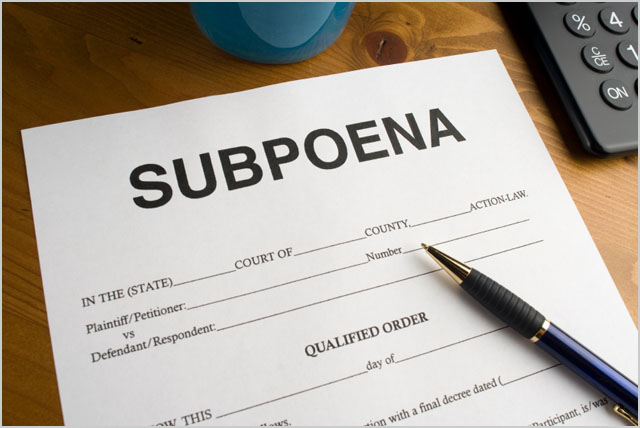 news Labor MP Ed Husic has publicly raised the prospect of forcing recalcitrant technology vendors to appear before a parliamentary committee on IT price hikes in Australia, alleging that some suppliers are “treating the Parliament with contempt”.

In May, following a public campaign on the issue by Husic, the House of Representatives Standing Committee on Infrastructure and Communications called for submissions to help inform an inquiry into pricing of technology goods and services in Australia, publishing the terms of reference for the initiative on its web site. The results have so far demonstrated a strong groundswell of public anger about ongoing markups on technology goods sold in Australia.

In a speech to the Global Access Partners Annual Growth Summit last week (the transcript is available online here), Husic severely criticised both specific vendors who had declined to attend the inquiry, as well as the general approach taken by some industry associations.

A submission to the inquiry by the Australian Industry Group, he said, provided no quantitative data to explain local price hikes of between 60 to 80 percent on some products, especially software downloads. “The AiG gave the nod to the usual litany of underpinning factors driving up costs: rents, labour, taxes, warranties, environmental regulation,” Husic said. “It’s even harder to get this data when the major vendors refuse to engage with the Inquiry, treating the Parliament with contempt.”

“I believe the Inquiry will be forced to confront the prospect of subpoenaing major vendors to provide greater detail to justify the price discrimination being levelled at Australian businesses – and something more substantive than a one to five page submission.”

Husic told the audience that, given the cost to the broader business community of local price markups on technology goods and services in Australia, he would have thought local industry in general would have been “a natural ally” to the Government on the issue of IT price hikes.

However, he said, the AiG had argued in its submission that government intervention on the issue wasn’t warranted, due to the cost of doing business in Australia already being high, the idea that price fixing should be left to the market, and that competition law would be the appropriate avenue to address the issue.

“Members of the AiG should be asking why their industry association has sought to place greater emphasis on the need to represent one section of its membership (IT) at the expense of pursuing lower business inputs for the broader AiG membership,” said Husic. “If AiG and others want to maintain the business cost mantra I merely ask them to consider one question: are you prepared to concede that pricing approach of some of the big players in the IT sector might just be adding to those costs?”

“If you do, then it might be time to work cooperatively to see those costs start gliding downwards.”

“Ultimately, I believe the biggest motivator for this is simple: the business community and the broader nation will more quickly reap the benefits of our revitalised broadband infrastructure by ensuring that the equipment necessary to connect to this new network is secured at less cost. Remember: up to two million Australian businesses paying $11,000 each – being charged between 60 to 80 per cent more for the privilege. That focuses the mind… and the bottom line.”

Husic paid particular credit to a submission to the inquiry made by consumer advocacy group Choice, which examined prices across 200 different IT products, in the Australian, US and UK markets.
“It found Australians are paying up to 60 percent – sometimes up to 80 percent – more for software, although the differences are not as stark when it comes to hardware,” Husic said. “It blames price discrimination: because consumers are prepared to pay, the vendors are happy to overcharge.”

“The issue with software is baffling because with downloads things such as shipping and handling costs are almost negligible. If the evidence before the Committee is does show we’re paying 60 to 80 per cent more for hardware and software in this country – and taking into account the Sensis figures for IT spend by SMEs – then could potentially be artificially inflating prices within our economy.”

opinion/analysis
It will be interesting to see how serious the parliamentary committee examining this issue is about tackling the vendors concerned. Are most of the politicians involved as passionate about IT price hikes as Husic, or at least willing to follow his lead? If so, we may see companies such as Adobe subpoena’d to appear before the inquiry. And that would be a fascinating thing. It’s been a while since we’ve had a chance to see what would likely be a very adversarial confrontation between politicians and major private sector technology vendors.

Secondly, I have to say, in general I think Husic has a very valid point here. Companies such as Adobe, Microsoft and Lenovo consider it very common practice to mark up some of their technology goods and services when sold in the Australian market. I’m not going to say that the practice is always illegitimate — sometimes there are solid reasons for it — and, of course, in a free market, such companies are allowed to price their products as they wish.

However, if there are good reasons for such pricing practices, what do these companies have to gain from not appearing in front of the price hike inquiry and disclosing those reasons? Communication and transparency with your customers is nearly always a good thing in business. It helps defuse tension between the various parties and helps cement those customers to your products and services.

Until these companies do start talking more publicly about their Australian pricing strategies, they are going to continue facing questions on these issues. Attending this inquiry and providing at least a cursory level of disclosure into their local pricing regime — even if those prices don’t change — will let customers know that their suppliers are listening to them, and increase goodwill. And that’s always a good thing.