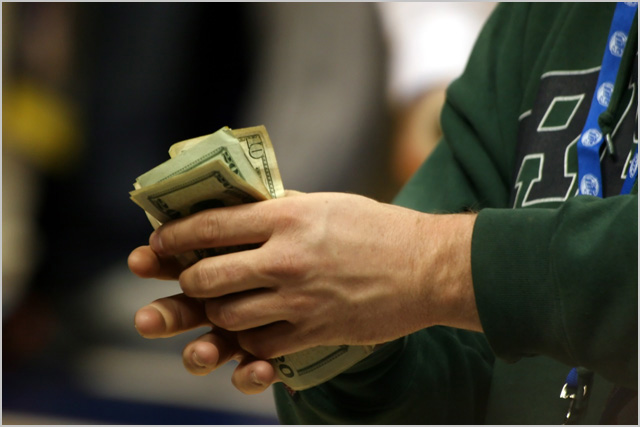 In a speech on a report about the potential of the National Broadband Network (NBN), Labor MP Ed Husic has hit out at overseas technology firms offering products for much higher prices in Australia, saying it’s hampering Australian businesses ability to compete on the world stage.

And in yet another sign that Husic isn’t backing down on the issue, this morning he confirmed via Twitter that he has now made a submission to David Bradbury, Parliamentary Secretary to the Treasurer, asking for a formal investigation into the Australian price hikes made by some companies.

Previously Husic has said he would welcome an investigation by the Australian Competition and Consumer Commission (ACCC) into the issue, but so far no formal moves have been made about such an investigation.

Since the start of this year, Husic has been attempting to get answers from technology giants including Apple about why they feel it’s appropriate to rise prices significantly above those found in America — leading to the so-called tech tax — for Australians.

“I’ve been vocal about the price differentials that exist for Australian consumers of hardware and software – and how they have been seriously disadvantaged compared to consumers in the US and UK, who get access to these products sometimes at 80 per cent less cost,” Husic said in a speech yesterday to the Infrastructure and Communications Committee.

Husic pointed to a recent study commissioned by the Australian subsidiary of search giant Google that found households are gaining up to $53 billion in benefits by using services over the Internet such as online banking and paying bills.

He said that despite this, he feels that the tech tax is making it more difficult for businesses to compete on an international scale, where other countries have access to the same software and services for significantly cheaper prices.

“I feel strongly that IT pricing is an anchor on business and households, and it’s holding back export focused businesses – especially small businesses – that are competing with counterparts in other countries that are getting access to software and hardware at prices that are seriously lower than what is charged here,” Husic said, before commenting that “some small businesses” have contacted him “fuming” over software that costs up to $10,000 more in Australia than overseas.

“We do need to major firms like Microsoft, Apple, Lenovo or Adobe to tell us why they charge Australian consumers in a way that they would never dream of in their home markets. I’m looking forward to seeing further progress on this matter in the coming weeks.”

Apple, one of the key companies being pursued by Husic for its local price hikes, has so far refused to publicly comment on the issue.

Microsoft Australia meanwhile told Delimiter last month that it isn’t responsible for local pricing of products, with the market ultimately responsible for the final price of its products.