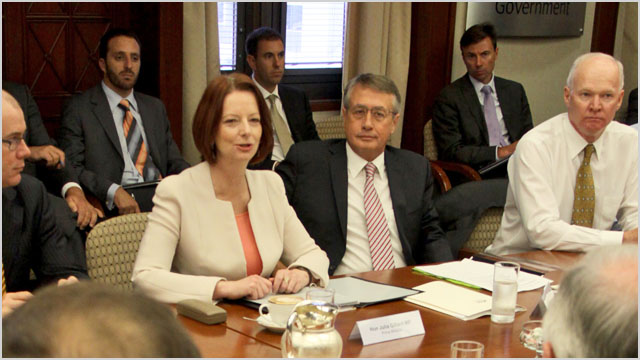 news Federal Treasurer and Deputy Prime Minister Wayne Swan has indicated the Government is keenly awaiting a report from the Productivity Commission which will detail the extent to which price hikes on imported technology goods and services are hurting Australian consumers.

In late September, Labor MP Ed Husic revealed Parliamentary Secretary to the Treasurer, David Bradbury, had raised the issue with the Productivity Commission following the publication of its draft report into the Australian retail industry. The move came after Husic had escalated the issue in Federal Parliament several times.

In the latest of his regular economic notes, published yesterday, Swan revealed his own interest in the issue and revealed the Productivity Commission would shortly hand down a report exploring it.

“While the [consumer pricing index] data showed that Australian prices for computing-related equipment declined in the quarter, we’re still paying more for some products than consumers in countries like the United States,” Swan wrote.

“That’s why the Government has asked the Productivity Commission to review the extent of IT price discrimination in Australia. The Government expects to receive this report next month which will be one small step on the road to providing a better deal for consumers of IT-related products. The Productivity Commission would welcome the views of consumers and businesses via retail@pc.gov.au.”

Husic, the member for Chifley first raised the IT price hike issue in Parliament in late March with respect to Apple’s local prices. The MP linked the debate to the issue of online retailing, noting that many consumers knew that the instant they got on the internet, they could easily see the price differentials that existed between products bought in Australia and those purchased overseas.

However, in follow-up speeches, Husic also noted he was concerned about the issue of what he described as “glaring price differentials” with respect to other “culprits”, naming Lenovo, which slugged Australians with a $560 markup on its ThinkPad X1 laptop when it was released locally in May, Microsoft, which heavily marked up its Office 365 product in Australia when it launched several months ago, and Adobe, which has regularly marked up its Creative Suite products substantially upon launch in Australia, describing some of the prices as “incredible”.

Adobe and Microsoft have stated that much Australian pricing for their products was actually set by the local distribution channel.

In its initial report on Australia’s retail sector, the Productivity Commission sharply criticised international manufacturers for marking up their prices for the Australian market, particularly singling out iconic technology giant Apple in its examination of how so-called “regional price discrimination” affects local consumers.

In its report, the Commission said it was aware of the “longstanding practice” by which some international product suppliers set regional prices which effectively treated consumers in one region as “willing, or able, to tolerate significantly higher prices than those in other countries”. Some suppliers, the Commisison said, had attempted to defend such price hikes by attributing them to the cost of supplying “a remote and relatively small market like Australia”.

However, it added, “these arguments in most cases were not persuasive, especially in the case of downloaded music, software and videos, for example, where the costs of delivery to the customer are practically zero and uniform around the world”.

opinion/analysis
When Husic first raised this issue in Parliament earlier this year, I had doubts that it would get anywhere. Although the MP is passionate about the matter and has influence within his party, I knew he was a first-term MP and I wasn’t sure how far that influence would get him.

However, it appears that the Member for Chifley’s patient and ongoing work in this area is beginning to pay dividends. With Swan now commenting directly on the IT price hike issue, it is now squarely part of the national agenda, and I expect it to continue to be so until more multinationals follow Apple’s recent lead and start harmonising pricing across their international divisions. The issue of IT price hikes in Australia has been a long-running one. But I think ground is starting to be made here.

One further thing: This isn’t the only technology issue which Husic has begun engaging on recently. He’s also started to comment on the National Broadband Network and participate more strongly in parliamentary telecommunications committees. It is now clear that Husic’s interest in the technology sector is multi-faceted and not limited to pricing. Furthermore, in his political messages over the past few months can be witnessed a great deal of subtlety. He is not one to often wield the sledgehammer, although he can — normally he appears to prefer the scalpel.

To sum up: What we are witnessing here is the birth of a strong new federal political voice on technology matters in general.

And that can only be a good thing. Labor has lacked this kind of voice over the past six months, with Communications Minister Stephen Conroy having backed down a bit from the public eye as the NBN rollout gained pace and Senator Kate Lundy having virtually ignored the sector in general, apart from her acknowledged interest in the ephemeral area that is ‘Government 2.0’.

One is reminded of Conroy and Lundy’s entrances to the Senate back in 1996. At the time, both displayed a level of energy and enthusiasm for the technology portfolio which was praiseworthy. And both went on to achieve pretty substantial outcomes in that portfolio down the track. One wonders whether the capable Husic will have achieved similar, if we look ten years into the future.

Like other politicians who have been outspoken on technology matters — Malcolm Turnbull and Paul Fletcher come to mind, on the Coalition’s side of the fence — one wonders whether Australia’s technology sector will eventually be addressing Husic with that most august of honorifics: “Yes, Minister.”