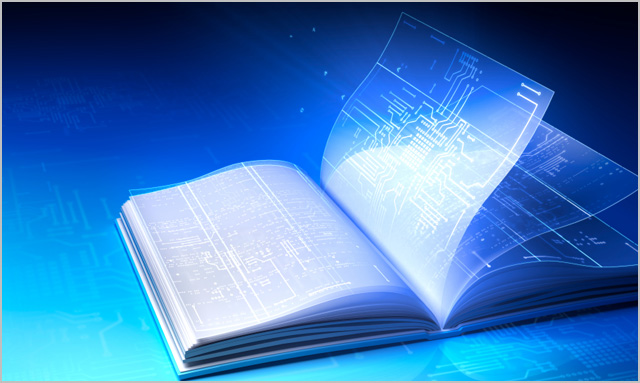 news Almost a year after it launched in the US, Google has brought its eBooks platform to Australia, announcing this morning that its catalogue included “hundreds of thousands” of commercial books available in Australia and “millions” of free eBooks on top.

The platform launched almost 12 months ago in the US. At the time, the search giant’s eBooks partnerships manager in Australia, Mark Tanner, made it clear it was planning to take the eBooks platform internationally as quickly as possible, and was working with local companies to do so.

Like Amazon’s Kindle bookstore and Apple’s iBooks, Google’s eBooks platform is hosted online, meaning you can read the same book on multiple devices — from your smartphone, to a tablet like the iPad or your PC or laptop. It also allows you to keep on reading from the same page if you change devices — as the other platforms also allow you to do.

Perhaps one of the key differences between the platforms is that unlike its competitors, Google is partnering with existing local book retailers to launch its eBooks offering in Australia. You can already buy Google eBooks through the Booktopia site, and the company has partnerships with Dymocks, the Co-op Bookshop and QBD on the way. It’s an approach that has gotten at least one other major eBook seller — Kobo — into a difficult situation in Australia previously. The company partnered strongly with Borders when it launched its eReader and online bookstore in Australia. However, when the retailer went south, Kobo lost a great deal of presence in the market.

In a blog post announcing the launch of the eBooks platform today, Tanner said it was now easy for Australians to find local authors such as Kate Grenville, Thomas Keneally, Geraldine Brooks and Christos Tsiolkas. The company has also opened up a local affiliate marketing program which allows Australian web site owners to earn commissions when they refer their users to Google eBooks — in a similar structure to Amazon’s popular affiliate marketing initiative.

opinion/analysis
To be honest, I was pretty interested in Google’s eBookstore 12 months ago when the company rolled it out in the US. In Australia, at the time, it appeared as though the nation was being left behind when it came to eBooks. Apple’s iBooks platform had yet to make a splash, Amazon’s Kindle store didn’t have the same extensive range it had in the US, and while the Borders and Kobo alliance promised strong title availability, it suffered from a number of technical glitches that made it difficult to use.

12 months down the track, however, things have changed pretty dramatically.

In that time an incredibly popular new eReading platform has exploded onto the market — Apple’s iPad. It’s a dead certainty that there are now hundreds of thousands of Australians reading eBooks on the iPad. Sure, the platform has nowhere — and we really do mean nowhere — near the title coverage Amazon offers — but most new popular books can be gotten through the iBookstore, and iPads (and iPhones) are everywhere. We see a lot of people using them to read … on buses, trains, on holidays on deck chairs, in cafes and more.

Beyond that, the popularity of Amazon’s Kindle platform has also increased exponentially. As Amazon has rapidly improved the range of titles on offer in Australia and decreased the price of its Kindle hardware (as well as making its Kindle app available on every platform known to man), the company’s offerings have proliferated throughout Australia as well.

Between Apple and Amazon, there really is no need or desire for a third eBooks platform in Australia. The demise of Borders and Kobo (although Kobo is still technically kicking around, I never see anyone using it) was barely missed, as most Australians just switched wholesale into the two major dominant platforms.

Google’s play with the book retailers is an interesting one. It allows Australian readers the best of both worlds — supporting their local book retailers while also maintaining their new eBook library in a global, and therefore permanent, cloud. And furthermore, like Apple, Google also has the potential to lock down a large mobile market — those using its incredibly popular Android platform on their smartphones — for eReading (although, of course, the Kindle app is also available on Android).

However, I will go so far as to say the search giant’s eBooks won’t succeed in any major way. There was a time when the Australian eReading zeitgeist was up for grabs. The whole pie was on the table ready for the eating. And Amazon and Apple came along and grabbed it up with both hands. Once again, as it has been in many other fields (music, movies, group buying and social networking are some that come to mind), Google is late to the party. And this time, it may be too late.

The party is already in full swing without it, and its offering is basically a clone of those already in existence.