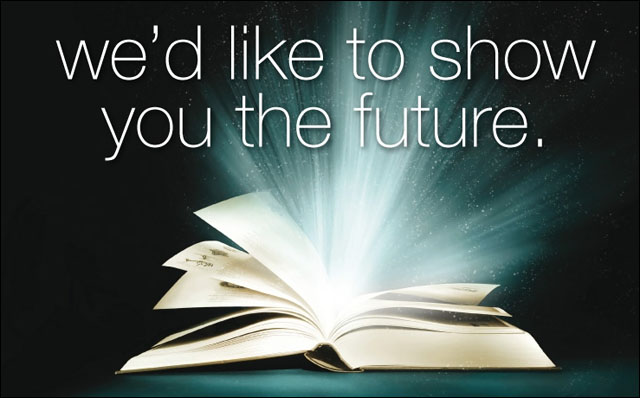 Two significant steps were announced yesterday for the advancement of the eBook phenomenon in Australia — the imminent launch of Borders eBooks and a move by retail chain Dymocks to make its eBooks available in the DNL and ePub formats.

Borders yesterday invited journalists to an eBook launch on May 19 in Sydney. The retail book chain in Australia is operated by REDgroup Retail — which also owns and operates the Angus & Roberston chain.

“REDgroup Retail CEO Dave Fenlon will reveal full details of the new eBooks platform that utilises cutting edge technology to deliver eBooks to your eReader, smart phone or PC,” a press invitation by the company issued yesterday stated. “REDgroup’s own eReading device will also be unveiled.”

The company announced in December that it would make eBooks available from its Borders and Angus & Robertson websites by May 2010, courtesy of an agreement with global eReading service Kobo. REDgroup’s Whitcoulls brand in New Zealand will also receive the services.

“Customers who download eContent via the Angus & Robertson, Borders or Whitcoulls websites will be able to read this on popular smartphones such as the iPhone, BlackBerry, Palm Pre and Android. REDgroup expects to launch Kobo with over 1,000,000 available eContent downloads including books, magazines and newspapers,” the company said in a statement in December.

It is believed that the Borders eReader will be the Kobo eReader, which is also on sale at Whitcoulls. Further information about the device is available from its website.

In a separate statement, Borders also threw down the gauntlet to global online book giant Amazon, promising customers they would always be able to buy books cheaper from the Borders website than from Amazon.com — starting from yesterday.

“I am delighted to announce today that from 6 May 2010 we will not be beaten by Amazon.com on price,” said Fenlon in the Borders statement.

“The Borders Australia website (borders.com.au) was launched in 2009 and already has more than 2.7 million books in stock ready for dispatch within 24 hours of receiving an order and with free delivery. Not only will we compete with Amazon.com on price, but also on range and the speed at which we can get the books to our customers.

“When you put all of those factors together, we have an Australian offer that is as compelling as the leading retailers in the global market.”

However, it remains unclear whether Borders will be able to compete on the same terms as Amazon.com for secondhand books — second-hand books can be available from third-party stores through Amazon.com for as low as US1c, but shipping — typically more than AU$10 — also needs to be taken into account.

The news comes as Dymocks also yesterday made a play to attract Australian consumers interested in the growing eBook phenomenon, launching support for the multimedia friendly DNL and the open ePub formats through its site. It’s not clear exactly which formats the company previously offered on its range of devices — including its flagship Iliad.

“The launch of these new formats on our website will give our eBook readers an interactive and enhanced reading experience like no other,” said Dymocks CEO Don Grover in a statement.

“We have over 3,000 eBooks available in DNL format on the Dymocks website. Most impressively however, is the interactive experience with editing capabilities to customise eBooks as well as sharing notes with other eReaders,” he added. Dymocks now offers over 150,000 eBooks through its website in total.