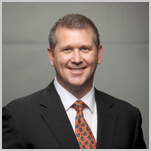 The news was revealed in a media release issued by CGU in August, with the company noting Whiteing would have broader responsibilities at CGU. “Neil will oversee business operations, business technology services, HR and legal,” wrote the company’s chief executive Peter Harmer at the time. Whiteing’s appointment was accompanied by a number of other management changes.

IAG is believed to be conducting an internal and external search to replace Whiteing, although the executive will continue to provide strategic guidance and oversight during the transition period — as CGU is part of the overall CGU group. The executive had held IAG’s group CIO role for more than three years, taking up the role after a career that included roles at fellow financial services firm Charles Schwab and Co as well as management consulting firm Bain.

In that role, Whiteing has been somewhat outspoken about IAG’s ongoing IT strategy. In April this year, for example, the CIO told the Financial Services Technology Media conference in Sydney (as reported by ZDNet.com.au) that IAG’s set of 18 legacy applications was dragging its business down, having an impact on both staff and customers.

The executive’s had already commented on the issue several years ago, telling FST Media that the insurance sector had “a strong desire” to simplify legacy application platforms to support greater business efficiency and increased flexibility. “The challenge in addressing this issue has always been the regional nature of requirements of insurance companies primarily due to regulation,” said Whiteing at the time, although he noted this problem may be on the cusp of being resolved.

CGU itself is believed to be in the midst of its own IT transformation. In addition, the wider IAG group has given off several signals over the past several years of significant technological change. In April this year, for example, the insurer confirmed it was examining bids from a number of technology outsourcing partners to support its NRMA Insurance brand — news that came amidst rumours the company would offload a portion of its technology operation to a provider in India.