news Banking and insurance giant Suncorp this afternoon announced that its chief information officer Matt Pancino had resigned, with the executive to reportedly take up a senior role at the Commonwealth Bank.

Pancino (see his LinkedIn profile here) has been a senior executive at Suncorp since October 2010, when he took up the role of head of business technology applications. He eventually progressed to the CIO role, as well as become chief executive of Suncorp Business Services — the company’s shared services division. 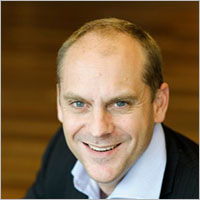 “Mr Pancino has worked for Suncorp since 2010 in various roles, most recently as CIO with responsibility for digital enablement, cloud and infrastructure services, programs, and innovation labs. He has been instrumental in delivering Suncorp’s Simplification program and technology projects across Suncorp’s businesses,” the company said.

“I would like to recognise and thank Matt for his contribution over the past five years, and wish him well in his future,” Cameron said.

Cameron said an internal and external search is underway and Clayton Herbert, Suncorp’s Chief Transformation Officer, would act as caretaker until a permanent replacement is appointed.

Computerworld has published a quote from the Commonwealth Bank stating that Pancino had been appointed to the role of executive general manager, retail and wealth, in the bank’s Enterprise Services division.