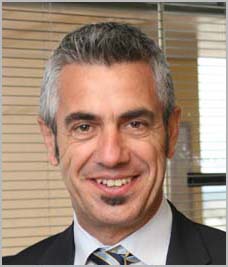 blog Remember how Australian Customs and Border Protection Service chief information officer Joe Attanasio resigned late last year and left the agency earlier this year? Of course you do. Because you’re an informed, intelligent reader. See what I did there? It’s a little thing I like to call ‘Friday flattery’. Well, if you do remember that, no doubt you will have been wondering, as I have, where Attanasio went. After all, it’s hardly likely that an experienced and high-profile CIO like Attanasio would not have a solid role lined up next. That question has this week been answered, with the news that the executive will take up the vacant role at the NSW agency Roads & Maritime Services (formerly known as the NSW RTA and friends). The news was first reported by Intermedium, but Attanasio’s LinkedIn profile confirms he will be:

“Accountable for all ICT including information and knowledge solutions and services directly enabling the strategic and operational objectives of the organisation.”

We suspect Attanasio will enjoy working at the RMS; not only is the whole NSW Government in a time of positive change and renewal when it comes to its IT operations, but the RMS in general has had a history of innovative IT projects dating back to the days of CIO Greg Carvouni, who implemented iMacs, Firefox and StarOffice in the agency’s branches. It’ll be interesting to see what strategy Attanasio drives in NSW.