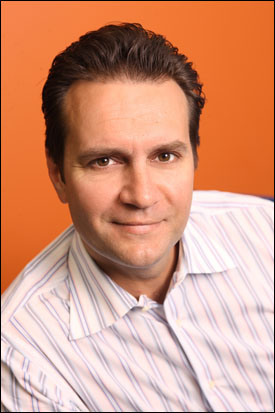 The long-time managing director of VMware Australia and New Zealand has been promoted to an Asia-Pacific and Japan role, with his replacement to be Duncan Bennet, the former leader of Sun Microsystems in Australia.

“Today VMware announced the appointment of Paul Harapin as vice president, business development & cloud for the company’s Asia Pacific Japan (APJ) region,” VMware said in a statement this morning, confirming a report in the Financial Review. “He takes up the newly-created post after serving as vice president and managing director of VMware Australia and New Zealand, which he joined in April 2005.”

The move marks the end of an era for VMWare Australia. Harapin is extremely well-known in the local technology sector, having taken VMWare locally from a division with just four people, to a large regional basis of some 220 people, according to Harapin’s LinkedIn profile.

“We have driven a virtualisation market share almost double any other region globally and with over 9000 customers built up in this 5 year period, and over 1,000 partners,” the profile states.

Harapin’s replacement, Bennet, was for a short time the managing director of ill-fated hardware and software giant Sun Microsystems throughout 2008, but he resigned in early 2009 after less than a year and after Sun Australia took a giant revenue hit of about $100 million – which Bennet said at the time was the result of revenue spiking the previous year through a large deal with Telstra.

Bennet joined the company at the same time as another senior industry executive, Steve Coad, who took on the role of director of enterprise sales. Bennet was appointed as director of sales (commercial & SMB) at VMware in March 2010. The executive’s new role is general manager of Australia and New Zealand – and he won’t report to Harapin, instead also working under APJ chief Dutton.