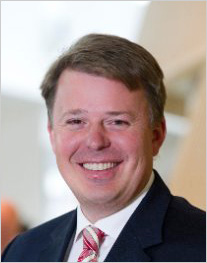 news The Department of Defence’s widely respected chief technology officer Matt Yannopoulous will replace Tony Kwan as chief information officer at the Department of Immigration and Citizenship, it was revealed this week.

Yannopoulos is already one of the most senior and high-profile technology executives within the Federal public sector, courtesy of his work at Defence, where he currently leads a group of 400 staff, setting IT strategy and architecture alongside overseeing some of Australia’s largest technology contracts. He has been with Defence since November 2008. Previous to that, the executive held senior IT roles at the Australian Taxation Office. He moved to Defence around the same time as former senior ATO IT executive Greg Farr did, working alongside Farr in his role as CIO at Defence.

It appears that the story of Yannopoulos’ transfer to Immigration was first reported by iTNews, which reported that the executive would take on the CIO role in early October. However, Yannopoulos has also updated his LinkedIn profile to reflect his new role, listing himself as CIO designate to lead ICT in Immigration from early October this year. “A few weeks to learn a little of the business first :)” the profile states.

The move will give Immigration its third CIO in two and a half years. The current incumbent chief information officer, Tony Kwan, was appointed to the role from a similar position at the Department of Families, Housing, Community Services and Indigenous Affairs in April 2011. At the time, Kwan replaced long-serving Immigration CIO Bob Correll, who had successfully steered the department’s mammoth Systems for People internal technology revamp.

In September 2011, Kwan conducted an interview with Delimiter regarding his priorities at the time. Although the Systems for People process had largely concluded, there was still some work ongoing in that area.

In addition, Kwan noted at the time that Immigration was progressing its Windows 7 desktop migration. The project — first revealed in January 2011 by ZDNet.com.au was to involve the support of Unisys, which has a contract to provide outsourced desktop services to the department through 2013. The rollout was to constitute one of the largest deployments of Windows 7 in the Federal Government, alongside the Department of Human Services. It also involved the rollout of Microsoft’s latest Office 2010 software.

At the time, Kwan noted that Immigration’s business intelligence capability was also being worked on, and as with many other organisations, virtualisation was also a key issue, with Immigration already having virtualised more than 70 percent of its infrastructure, according to Kwan. The organisation was also looking at better ways to support its workforce with mobile solutions — conducting an iPad trial — and was also looking into how to provide better service to staff working in remote locations.

The news of Yannopoulos’ move comes as there has also been significant recent movement within other major departments in the Federal Government over the past several years in terms of IT management. In October last year, for example, Defence appointed former Origin Energy IT executive Peter Lawrence as its new CIO to replace Greg Farr, while in October 2011 ANZ Bank IT executive Gary Sterrenberg took the CIO reins at the Department of Human Services from incumbent CIO John Wadeson. In a more modest appointment, in January this year, long-time Centrelink and DHS It executive Eija Seittenranta was appointed CIO of the Department of Parliamentary Services, with a significant reform mandate.