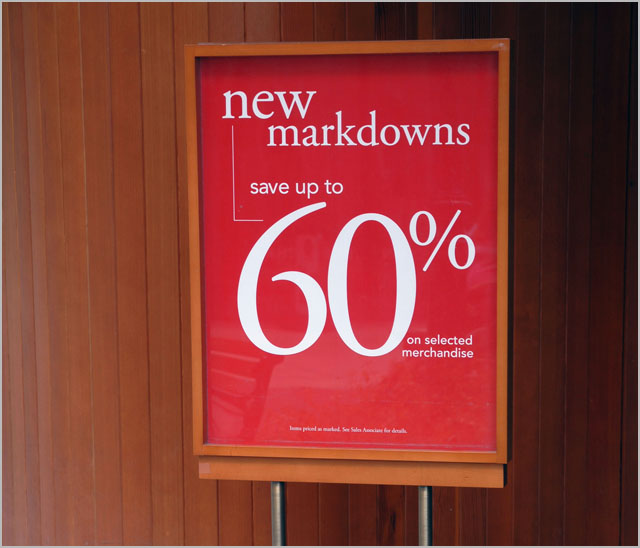 opinion The release of iiNet’s highly affordable National Broadband Network pricing this morning makes it as crystal clear as the view from Simon Hackett’s glider that fellow ISP Internode must drastically slash its own significantly more expensive prices or be left out of the NBN race altogether.

Let’s do a quick comparison of some of the pricing to understand just how more expensive Internode’s NBN pricing plans are right now.

It looks like iiNet has broadly foreseen three main types of customers who will connect to the NBN infrastructure, which is increasingly being rolled out around Australia and will touch some 1.7 million residences by 2013.

The first type of customer is one who will only use their NBN connection for basic purposes — web and email use, with some light ongoing video and perhaps streaming audio. This customer will probably use iiNet’s bundled telephone connection more so than they will their actual broadband connection in the short-term, until they realise the benefits that fast broadband brings. They’ll get 20GB of on-peak and 20GB of off-peak data quota, with monthly pricing ranging from $59.90 a month to $79.90 a month depending on what speed they choose, and including iiNet’s internet telephony service.

Immediately it’s easy to see that Internode’s plans are in general, slightly more expensive than iiNet’s in this area — ranging from $59.95 a month up to $99.95 a month, and with slightly less overall quota (30GB), although that quota can be used at any time and doesn’t have on/off-peak limitations.

When you get to the mid-level customer category, where we anticipate most customers will sit in the short-term, the situation worsens.

Internode does have a pricing category which iiNet doesn’t — including a 300GB plan — but that’s even more expensive, ranging between $99.95 a month and $139.95 a month. In short, if you went with Internode, you could get an extra 100GB quota on top of iiNet’s 100GB/100GB plan, and the freedom to use that quota at whatever hour you wanted — but you’d pay between $30 and $50 more per month for the privilege.

However, it’s when you get to the highest tier of plans — which we assume many Delimiter readers are going to be interested in — that things get really insane.

Now, it seems clear what has happened here.

Over the past decade, Internode has taken a consistent approach to pricing its broadband and other telecommunications services. The company appears to normally price its services at a level that will allow it to make a modest profit and recognise that it’s not the bargain barrel end of the market; Internode has a better constructed network and better customer service than most ISPs — so it charges a modest premium to match that principle.

Internode’s initial tranche of NBN pricing also appeared to be set a little high to match the company’s public statements that NBN Co’s wholesale pricing was too high to be sustainable. In short, part of the reason why Internode’s NBN pricing was set so high may have been that the company was attempting to use the plans as a tool to leverage NBN Co into chopping its own prices.

However, what Internode doesn’t appear to have recognised in the process is the degree to which other telcos are keen to sacrifice some short-term profit for long-term market share.

As many in the industry have noted, the shift from Telstra’s copper network and the HFC cable networks onto the predominantly fibre-based NBN represents a massive opportunity for ISPs to change the broadband market share landscape in Australia. And as the NBN rolls out and customers are faced with a choice of NBN providers, price will be a major factor.

As Exetel’s John Linton has pointed out (although his argument is not completely convincing), in many ways ISPs’ networks will perform the same over the NBN, so they will be forced to compete in other ways — such as through great customer service, value-added services, or on price. And when it comes to a service such as broadband, ultimately price is going to be one of, if not the, main deciding factors when customers choose which NBN ISP to sign up with.

You would expect cut-rate ISPs like Exetel or Dodo to come out with cheap NBN plans. But iiNet’s pricing plans released this morning represent a shot across Internode’s bow. iiNet’s prices demonstrate that the company is clearly happy to sacrifice much of its profit margins in order to massively increase its market share in an NBN world. The company isn’t happy just to compete on price with Telstra, Optus and Internode — it wants to take the battle to cheaper ISPs like Exetel and TPG as well.

And one more thing. If the release of relatively expensive NBN pricing was a ploy to stimulate NBN Co into cutting its wholesale pricing, that ploy succeeded. In mid-August, NBN Co reached a deal with its customer ISPs that will see the company issue a rebate on the CVC links which provision traffic to end user customers on the NBN.

The deal — which was welcomed by both iiNet and Internode in NBN Co’s own media release — gives smaller ISPs an easy on-ramp to the NBN without having to lay out massive up-front costs. And that’s assuming they’re not already planning to use an NBN aggregator to provide NBN services to retail customers.

I have no doubt that without the rebate, iiNet’s NBN prices released today would be higher than they are. But Internode didn’t blink when the rebate was released — stating it wouldn’t cut its prices as the rebate wouldn’t reduce the long-term cost to ISPs participating in the NBN; as it only applies until 30,000 premises are passed in an area connected to one of the NBN’s 121 points of interconnect. I can understand Internode’s reasoning in that case; it has to look after its long-term interests. But the release of iiNet’s plans this morning has left the company looking more than a little inflexible in the face of NBN Co’s olive branch.

I’ve asked Internode this morning whether it will update its plans in the wake of iiNet’s release. It will be interesting to see whether the company responds. If not, I foresee a large number of the company’s customers jumping ship to iiNet or other cheaper providers once the NBN hits their street.

It’s one thing, after all, for Internode’s prices to be higher than a cut-rate ISP like Exetel. But when the company is charging up to $80 more than a premium rival like iiNet … something needs to change.

update We have received the following response from Internode managing director Simon Hackett:

The NBN retail market is, at present, a ‘theoretical’ market, and it will remain so until NBNCo permit commercial signups to commence, from later this year. In the meantime, key data from NBNCo around their intended large scale network build timetable and their point-of-interconnect migration timeframes is yet to be released.

Internode announced an initial NBN retail proposition before the release of significant concessions on wholesale CVC pricing by NBNCo.

It is important to appreciate that the overwhelming majority of signups on the network are expected to commence at entry level speed and quota levels, where pricing differences between comparable providers (on a like-for-like basis) are relatively small (and are relatively independent of the CVC component of wholesale access costs).

The extent to which Internode can prudently factor in the transitional NBNCo wholesale cost concessions into changes in the high end of our retail pricing model is under consideration at this time. In the meantime, we will observe the pricing constructs released by other players in the market with interest (including the most conspicuous absentee to date, Telstra).