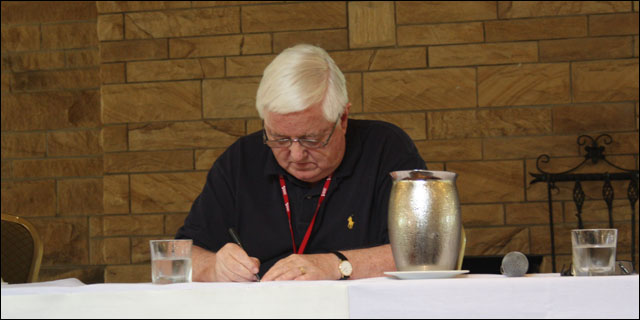 The outspoken chief executive of ISP Exetel has rejected claims that higher priced ISPs like Internode will be able to provide a better quality of network performance on the emerging National Broadband Network infrastructure, maintaining that all ISPs on the NBN will be offering an “identical” experience.

Last week, both Exetel and Internode released their initial pricing plans for commercial services on the NBN. As with current ADSL broadband pricing, Internode’s prices were substantially higher in a number of areas, leading some in the industry to speculate that the extra costs would be sunk into traditional areas of strength for Internode — such as network performance and customer service.

However, in a post on his blog this morning, Exetel CEO John Linton rejected the idea that the networks operated by different ISPs could perform differently on the NBN fibre infrastructure being rolled out around Australia.

“I already see various ‘claims’ being made about ‘how much better’ one ISP’s NBN Co service will be than another,” he wrote. “I am assuming people who make such statements are lunatics whose comprehension of both reality and communications networks is far removed from the actuality of the NBN Co network.”

“My knowledge of network engineering is far from comprehensive but it doesn’t have to be to understand that NO ISP can influence, in any way at all, the ‘performance’ of an NBN Co service from the customer’s preference to the hand of point between the NBN Co network and the ISP network in, currenty, a capital city data centre. Every and user customer connected to the NBN Co network will have the identical experience (whatever that may be).”

Linton said it was the same situation for ISPs who bought wholesale services from existing telcos like Telstra, Optus and, AAPT. If the wholesaler had enough backbone bandwidth to serve customers on their networks, he said, then there would be no network congestion in effect. However, Linton added, if there was congestion, then it would affect all customers — “irrespective of ISP”.
“Presumably even the lunatics and dummies can understand that simple piece of networking ‘lore’,” he said.

Linton claimed that all an ISP could do to negatively or positively affect their performance on the NBN was to under-provision the connectivity virtual circuit component (capacity to users) of the NBN service provided, or the overarching IP bandwidth made available to the NBN Co services. However, Linton added, if an ISP did under-provision bandwidth, it would be obvious, and no customer would sign up for a service with the ISP concerned.

Internode managing director Simon Hackett has severely criticised NBN Co over the past few months for what he sees as crippling bandwidth charges that will make it difficult for ISPs to offer services at a reasonable price. After releasing Internode’s first commercial NBN pricing last week, the executive published a detailed blog post on the subject.

Linton said the speculation about the quality of service which ISPs would provide under the NBN was linked to Hackett’s public comments.

“I assume this particular line in lunacy has commenced because Internode published very high NBN Co prices (which will never be used in real life) as part of their political campaign against CVC charges and requirements,” he wrote, noting the only issues that he expected to determine NBN end user pricing were “real commercial ones” which wouldn’t be in place until the nation’s largest telcos Telstra and Optus worked out their own models for wholesaling NBN fibre and selling services to their own customers.

“The subsequent hysteria in the media shocked even me who never expects any knowledge or even common sense from the overwhelming majority of ‘journalists’ covering the communications industry,” wrote Linton. Internode has been invited to respond to Linton’s comments.