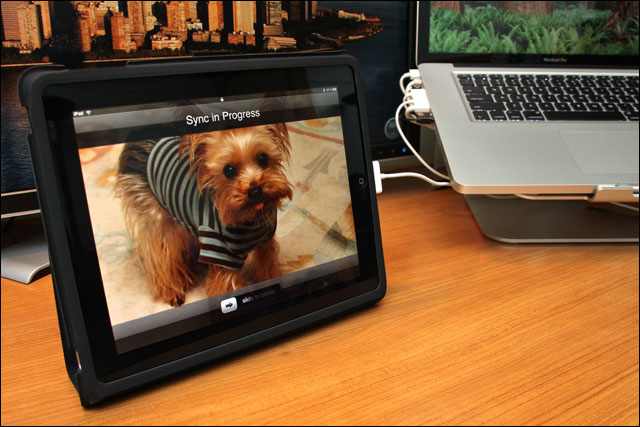 One of the world’s largest e-health vendors, Australia-based iSOFT, has welcomed an election policy which could see iPads rolled out to every doctor in Victoria’s public hospitals, flagging strong organic adoption of the Apple tablets and noting their potential to impact positively on long-term hospital problems such as scheduling across the health ecosystem.

The election promise was made last week by Victorian Premier John Brumby as part of Labor’s wide-ranging state health policy released ahead of the upcoming Victorian election. The Coalition has made a similar promise — but without specifically mentioning the iPad as a targeted device. Analyst firm Gartner has questioned whether Victoria’s Labor party had properly analysed what management tools and supporting infrastructure it will need if it wins the election and is required to deliver on the promise.

iSOFT director of Markets & Solutions Byron Phillips said it was “hard to deny” the organic uptake of iPad by clinicians over the past six months since the tablet was released in Australia, describing adoption of the device by many sectors and the consumer market in general as “immense”.

Product tracking firm GfK Australia recently released new research purporting to show that around 188,000 tablet devices had been sold in Australia over the past six months — with almost all of those sales being iPads. The research was based on a survey of over 12,000 Australians.

iSOFT, according to Phillips, saw the introduction of mobile devices as “an absolute necessity” if e-health solutions were to achieve better clinical outcomes in healthcare. And iSOFT has been working with that principle in mind.

One obvious use of the iPad in hospitals, he said, would be the ability to better tie together disparate systems for scheduling resources. For example, in public hospitals there were often different systems running the management of beds, for example, as well as booking rooms and operating theatres and even medical devices.

If a doctor could carry around an iPad around hospital wards and get access to such scheduling information live, he said, that could aid in hospital scheduling — and the iPad’s substantial battery life would support that.

The Brumby election pledge doesn’t include iPads for allied health professionals such as nurses, but Phillips said doctors were often the initiators of what he described as ‘flow-on requirements’ in healthcare. “You’ve got to start somewhere, and getting primary care and secondary care to talk at the clinician level,” he said.

Victoria has for some years been engaged in a massive, $360 million overhaul of its hospital technology systems, especially relating to electronic health records. iSOFT is one of the key suppliers to the rollout.

Phillips said elements of this implementation — dubbed HealthSMART — would be able to interface with the iPads. However, he said early targets for functionality on the devices might also be installing drug databases — such as the popular MIMS package — on the iPads to deliver immediate reference functionality to doctors.

iSOFT itself is targeting iPad delivery of its applications — it has solutions for iPad and iPhone, for example. Phillips says much of the company’s development work so far has focused on delivering software through a web browser, as that would allow sensitive patient data to remain on back-end servers rather than residing on the mobile devices. In addition, some development was being done through middleware delivery.

However, iSOFT has also spoken directly to Apple, Phillips said, about taking the concept of its App Store into the enterprise to help resolve some of the issues around enterprise manageability of iPad software — for example, how an application belonging to a hospital or health department would be managed on a doctor’s personal iPad.

“We have floated that question … it’s not something that we know at this stage, what Apple’s approach will be,” he said.