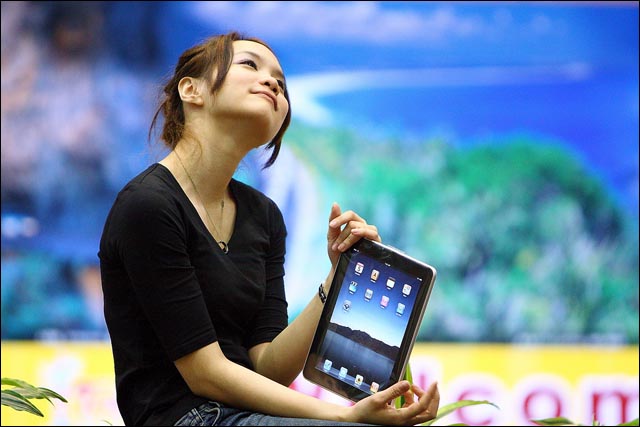 Analyst firm Gartner yesterday questioned whether Victoria’s Labor party had properly analysed what management tools and supporting infrastructure it will need if it wins the upcoming state election and is required to deliver on its promise to roll out Apple iPads to every public hospital doctor state-wide.

State Premier John Brumby announced the plan this week, promising every doctor in the state’s public hospital system would be issued with an iPad if his incumbent Labor Government was returned to power. However, Gartner research director Robin Simpson said he wondered how deep Labor’s proposal actually went.

“Often these programs sound wonderful on the surface … you’ve really got to wonder whether this has been thought through,” he said.

The analyst described Brumby’s pledge as a little like Federal Labor’s Digital Education Revolution project, which is seeing laptops rolled out to students nationwide, in that the devices were the obvious target for investment — but that money also needed to be set aside for supporting systems.

Simpson said he didn’t have any problem with the state choosing the iPad — as he said the device had good battery life, and a large screen suitable for medical use, without being too heavy. However, he said the Government would need to put “fairly serious” mobile device management tools in place to support the tablets. For example, there would need to be software in place to delete sensitive data from the tablets if they were stolen.

In addition, although Simpson noted there had been a large number of medical applications written for the iPhone and extended to the iPad, those applications would need to be managed. Apple’s iOS 4.2 operating system — rumoured to hit devices this week — would add capability in that regard, he said, interlocking with some third-party tools such as Mobile Iron and ZenPrise.

Another question would be whether doctors could access patient records though the tablets.

Victoria has for several years been embarked on a massive statewide e-health technology project dubbed HealthSMART, which is seeing new systems rolled out to hospitals and other public health facilities.

Simpson said Victorian Labor appeared to be talking about web delivery of applications to the iPads. However, he said there was still questions around how allied health staff who are not doctors — such as in-hospital pharmacists or physiotherapists — would get access to the same data as doctors. The iPad rollout is only slated to hit doctors themselves.

In general, the Gartner analyst said currently he was being swamped with questions from Australian technology managers struggling to deal with the encroachment of iPads and smartphones into large organisations.

“Mobile device management — of iPads specifically — is the number one question I’m getting at the moment,” he said, noting the tablets were often coming into organisations through the personal purchases of senior executives.

A large number of Australian organisations are currently conducting corporate trials of the iPad, with the technology simultaneously hitting a variety of sectors.

Education departments around Australia are conducting trials of the tablet within schools. For example, the University of Adelaide will distribute iPads free of charge to first-year science students in lieu of textbooks. The device has also seen interest from health departments.

In addition, the iPad is seeing strong adoption at the board level in corporations and even in politics. For instance, Westpac chief information officer Bob McKinnon recently revealed the bank’s senior leadership team uses iPads in its meetings to share information. A number of politicians — such as Shadow Communications Minister Malcolm Turnbull and new Labor MP Ed Husic — are even using the device in the Federal Parliament.

Gartner has previously warned executives to grab the iPad opportunity now and discuss the device’s disruptive capabilities with their technology chiefs — or get left behind.