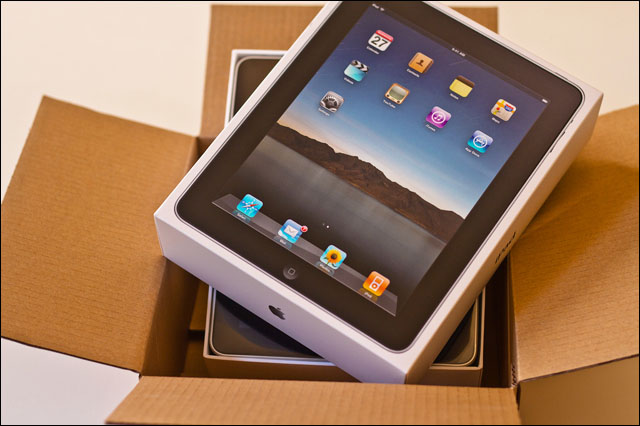 Victorian Premier John Brumby yesterday promised every doctor in the state’s public hospital system would be issued with an Apple iPad if his incumbent Labor Government was returned to power in the state’s upcoming election.

The pledge was listed as a minor item in Labor’s health policy released yesterday, with the Premier stating his party was committed to giving doctors the tools they needed to provide the best care to Victorian patients.

“As technology evolves, so do the tools that our doctors need. We will provide $12 million to buy iPads for every doctor working in Victoria’s public hospital system, so they have easy access to time-critical clinical information at a patient’s bedside,” Brumby said.

The Victorian Coalition was less specific in its promise of new technology for hospitals, releasing its own health policy, but its own list of promises (PDF) did contain a pledge that it, too, would implement new “mobile technology” if it took power — although the Coalition’s policy appeared to be more focused on electronic health solutions in general.

“A national e-health identifier has the potential to cut costs and provide better quality health care,” the Coalition wrote, referring to Federal Labor’s $466.7 million health identifier project, which is gradually gathering steam in the wake of the Federal Election.

“The Coalition supports the introduction of a national e-health identifier and its incorporation into the Victorian health system,” the policy document continued, with appropriate protections and ironclad privacy controls, and will support and examine the adoption of mobile technology solutions.”

According to a report published by the Victorian Government in 2006, at that stage about 10 percent of the state’s approximately 208,000 staff employed in public hospitals were “salaried medical staff” — a term which includes doctors, but not allied health professionals such as pharmacists, physiotherapists and nurses. That number was growing steadily each year — for example, in the 2005/06 financial year, the doctor workforce is listed as growing by 211.

Currently, Apple’s most basic iPad is the 16GB Wi-Fi version, which does not come with 3G mobile broadband included. If Labor were to purchase one of these iPads for each of the salaried medical officers listed in the 2006 report, it would cost about $13.08 million — meaning the Brumby camp’s estimate of $12 million is within the ballpark required to outfit the state with more than 20,000 iPads.

The news comes as Victoria’s Labor Government continues to demonstrate a great deal of interest in the iPad platform in general.

In July the state unveiled a program where 500 iPads will be delivered to a number of hospitals around the state — costing about $500,000. The trial is slated to take place in January 2011.

“The iPads will allow doctors and nurses to access any web-enabled application run by their hospital as they move around the hospital, as well as allowing them to tap into health information resources,” said Health Minister Daniel Andrews at the time. “The iPads will connect via the wi-fi networks that allow secure, safe wireless connectivity within the hospital while not affecting other important and sensitive electronic patient care equipment.”

And that announcement came several months after Brumby announced the state would buy more than 500 iPads to be distributed to schools in another trial of the tablet devices.

But not everyone in the public sector eco-system has been so enthusiastic about the new Apple technology. The chief executive of South Australia’s health department issued a sternly worded letter to all staff in late May warning them off corporate purchases of Apple’s flagship iPad device until the department’s IT team could properly assess the device.

SA Health CEO Tony Sherbon told staff that while the potential use of the iPad within SA Health might be significant, the department needed to fully assess the device before it was implemented — with concerns around the security of patient information being one potential issue.