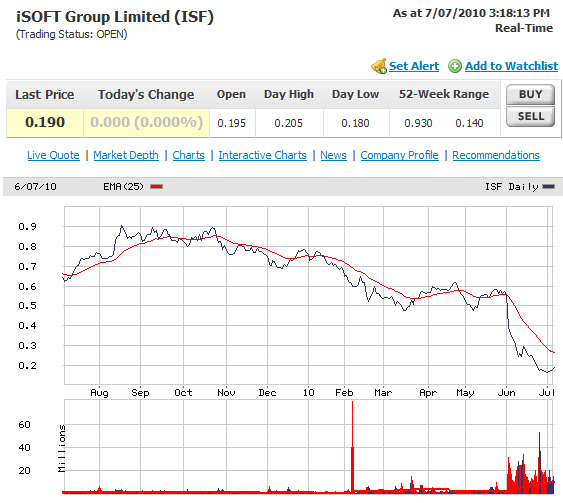 iSOFT today said it had completed the rollout of new patient management systems in mid-June to Victorian hospitals under Victoria’s delayed HealthSMART project begun back in 2003, as financial problems continue to plague the Australian e-health giant.

The overall HealthSMART project was initiated under the Bracks Labor government back in 2003 with a pricetag of $323 million and a due date of 2007. It has since had another $37 million pumped into it, with the due date gradually extending — several years ago it was slated to be finished in 2009.

The iSOFT implementation reflects one substantial chunk of the project — other vendors involved include US-based Cerner and InterSystems subsidiary TrakHealth. iSOFT won an open tender for its portion in December 2005.

An iSOFT statement issued today noted its component of the project had seen iSOFT complete 33 major implementations over four years, with 29 of these taking place over the past two years. Seven million patient records were migrated from existing systems, and the entire platform has some 80,000 registered users on 122 hospital sites — with 15,000 logging in at any one time.

“iSOFT looks forward to continuing working with the Victorian Department of Health in modernising the public healthcare sector and helping it realise the long-term vision for connected healthcare,” said James Rice, Managing Director of iSOFT Australia and New Zealand.

“For iSOFT, this also represents the first step in a long journey to enable healthcare agencies across the country to meet growing healthcare demands.”

iSOFT’s implementation saw it deliver a number of different modules of its software — including systems for a master patient index, appointments, referrals, caseload management, waiting lists, theatres, patient document tracking, billing, financial management and reporting and so on.

The news came as iSOFT’s share price (the company is listed on the Australian Stock Exchange) continued to languish in the wake of news in mid-June that the company was suffering problems with its UK operation — delays in its massive contract with the National Health Service, uncertainty associated with the change in UK government and a weak European economy.

Today iSOFT also revealed that it had secured a $30 million line of credit facility with US-based investment fund YA Global. The facility will be used to provide flexibility in regards to iSOFT’s cash management — replenishing cash balances drawn down for acquisitions and other investments in iSOFT’s 2010 financial year.

At the time of publication, iSOFT’s share price was square at 19c — a far cry from its 52-week high of 93c. But that total was also higher than its low of 14c over the past few weeks.