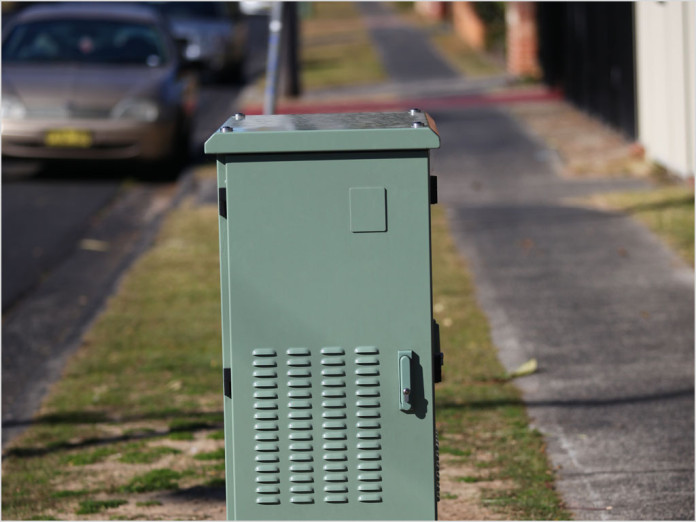 news The National Broadband Network company has acknowledged it is significantly delaying its rollout of Fibre to the Node technology in order to better test its own systems involved in the deployment, as debate continues to swirl around the controversial broadband rollout style.

The original version of the NBN as envisioned by the previous Labor Government called for a near-universal deployment of Fibre to the Premises technology around Australia. However, since taking power the Coalition Government has radically altered the NBN plan. Many areas of Australia will now receive the technically inferior Fibre to the Node or HFC cable network broadband technologies, which involve re-using the copper and HFC cable portions of existing networks owned by Telstra and Optus.

The NBN company is currently conducting a large scale trial of the controversial FTTN technology. Announced in October 2014, the trial is to see some 200,000 homes and businesses in New South Wales and Queensland receiving the FTTN technology.

A spokesperson for the NBN company confirmed the company was taking a different approach to the deployment of the FTTN technology than was originally planned.

“We’ve got 200,000 FTTN premises ready to go. But we have deliberately chosen to take a more gradual approach to activations than was originally flagged,” they said.

The spokesperson said the delays were for the benefit of end users on the NBN network, as well as the retail service providers (such as Telstra, Optus and TPG) which sell broadband plans using the NBN infrastructure. “It also allows us to test our own processes and systems and to identify any issues along the way.”

“But it’s not true to say that trials have been delayed, as some people are suggesting,” they added. “Nor is our approach to these initial FTTN activations going to push out the timetable. The first area to go live will be in the Hunter Region. And all 200,000 premises will still be made ready for service between September and the early months of next year.”

However, any delay in the NBN rollout — perceived or otherwise — is likely to attract heavy criticism from the Opposition and possibly other political parties.

Shadow Communications Minister Jason Clare has been travelling around Australia over the past several months, holding forums and meeting with communities who are suffering from a lack of decent broadband speeds.

For example, in early August the Labor MP held a forum in Calamvale in Brisbane to hear from local residents who Clare said had been “been wiped off the NBN map by the Abbott Government”.

However, the Government has since abandoned that pledge, citing what it sees as a worse than expected situation with respect to the state of the NBN when it took power. Its policy previous to the election also did not include using the HFC cable networks as part of the NBN rollout, whereas it now does.

“About two thirds of the fibre rollout in Rankin was cancelled after the election, including 8,000 homes and businesses in Woodridge and Logan where work had already commenced,” said Clare in early August with respect to the Calamvale forum. “Tony Abbott also promised to prioritise the NBN rollout to areas with poor broadband. He has broken this promise too.”

“The people of Rankin deserve better than Malcolm Turnbull and Tony Abbott’s lies and broken promises which have wiped our local community off the NBN map.”

opinion/analysis
It’s hardly suprising that the NBN company is delaying its FTTN rollout while it conducts further testing. The IT and network systems that the company is using for this rollout are necessarily complex, dealing as they do with both copper and fibre connections, as well as very likely interacting with Telstra’s existing systems to do so.

In addition, it’s worth noting that almost everything to do with the NBN always gets delayed. This rollout is Australia’s largest ever and most complex infrastructure project. There are always issues all along the way that few expected. We have seen this trend throughout the NBN’s life and we will continue to see it.

Then too, the NBN company needs to get this initial FTTN deployment right. Although it is being used throughout Europe especially, FTTN is a highly controversial technology in Australia — which had previously been promised a near-universal FTTP network. Everything the company does with respect to this network will be closely examined. If it gets aspects of this trial wrong, it will be heavily criticised for doing so.

Because of these reasons, I don’t want to criticise the NBN company too heavily for this delay. I am sure its engineers and architects are doing their best to get this project rolling even faster than it is at the moment.

However, I will note that any delay with respect to the FTTN — especially as Canberra trends towards an election in 2016 — will be damaging for the Government. The Opposition and other critics will seize on every minor issue with the FTTN deployment to criticise Prime Minister Tony Abbott and Communications Minister Malcolm Turnbull. And the delay revealed today is not a good look for a company which was making loftier FTTN promises in May.