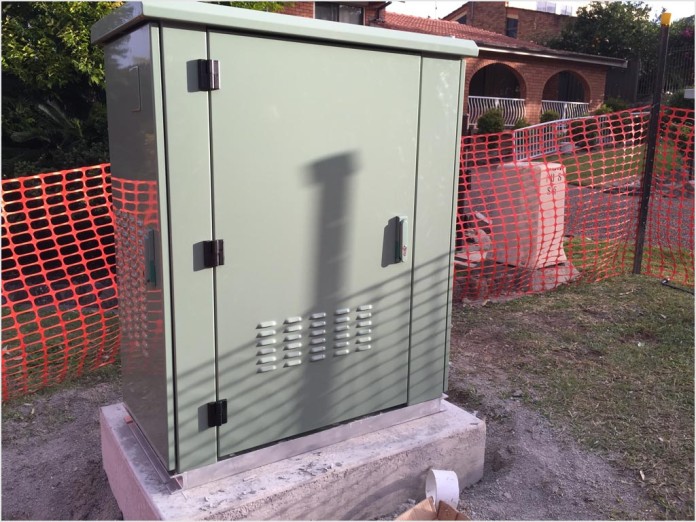 news The NBN company today took a major step towards its goal of implementing the Multi-Technology Mix approach which Malcolm Turnbull has brought to the project, formally launching its Fibre to the Node product as an option to retail broadband providers some two years after the 2013 Federal Election.

The original Labor vision for the NBN called for a near-universal Fibre to the Premises rollout, which would have seen fibre deployed all the way to almost all Australians’ premises. However, the Coalition’s model for the NBN has significantly watered down that model and will see fibre deployed only partially to many customers’ premises, re-using the copper and HFC cable networks belonging to Telstra and Optus.

In a statement issued this morning, the NBN company announced its commercial FTTN product was now available.

“Our FTTN technology delivers fast broadband via fibre-optic cable that runs to a neighbourhood node/cabinet and from there using the copper lines to deliver high-speed broadband ultimately via VDSL technology,” the company said.

“This makes deployment faster than other broadband technologies such as FTTP, as the entire connection from the exchange to most homes and businesses won’t need to be replaced – but with short distances between end-users and the FTTN cabinet very high speeds can still be achieved.”

The NBN company said with a “much simpler installation process on FTTN (as compared to other technologies such as FTTP)”, it expects that it will be able to activate end-users much faster than on other broadband technologies.

The company expects more than 1.6 million homes and businesses to be connected to the NBN network via FTTN technology by mid-2018.

“The launch of FTTN technology will help us get fast broadband to Australians more quickly and with less inconvenience to end-users. We are looking forward to getting this part of the NBN network fully built out and allowing Australians to enjoy the huge benefits of fast broadband.”

“Overseas experience in markets like the UK and Germany has proven the value of FTTN in delivering fast broadband services to millions of premises both quickly and cost effectively. Our own FTTN end-user trials have been hugely encouraging in showing that FTTN can deliver great speeds to Australians, with most end-users on the trial getting wholesale speeds of 100Mbps (download) and 40Mbps (upload).”

Using the multi-technology-mix, the NBN company aims to connect eight million homes and business, providing wholesale download data rates of up to 25 Mbps to all premises and at least 50 Mbps to 90 per cent of fixed line premises as soon as possible.

opinion/analysis
There have been extremely long-standing criticisms of the FTTN network rollout metholodogy which Prime Minister Malcolm Turnbull has long preferred over the FTTP model the previous Labor Government initiated for the NBN project.

From today, I suspect we will get an increasing set of results from early FTTN NBN customers showing whether that criticism was valid, or whether it was misplaced. Will the FTTN aspect of the network be too slow, too buggy, too problematic when it rains, and require unacceptable maintenance costs? We will start to get some real-world data on those questions very shortly.

I’d love to hear from any early FTTN NBN customers. Please feel free to use the comments below, or Delimiter’s anonymous tips form, to let me know what your experience with the technology has been.