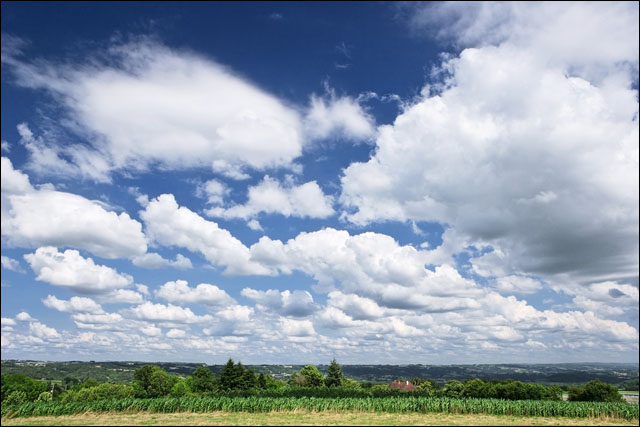 news The Victorian State Government has flagged plans to follow other states such as New South Wales and Queensland and shift to a ‘cloud-first’ procurement model for IT infrastructure, in a move flagged in the first major update to its detailed whole of government ICT strategy first published in February 2013.

Over the past six months both the New South Wales and Queensland State Governments have formalised policies which require departments and agencies to consider cloud computing technologies when undertaking ICT procurements.

The NSW Government issued a new cloud computing policy in September last year. At the time, new NSW Minister for Finance and Services Andrew Constance said cloud services facilitated “simple, convenient and on demand access” to a shared pool of computing services and the deployment of such technology was a key goal of the NSW Government’s 2012 ICT Strategy. “Cloud is the future of ICT service delivery and this policy puts NSW at the forefront of the digital economy, giving public sector agencies the tools and information they need to adopt cloud-based solutions,” Constance said.

Similarly, in Queensland in June last year, the state’s ICT Minister Ian Walker told Parliament that the state needed to radically change the way it purchased IT infrastructure and pursue a ‘cloud-first’ strategy.

The reforms constitute recognition that the current ICT service delivery model within Australian State Governments is fundamentally broken. For example, in June last year, Queensland’s first whole of government comprehensive ICT Audit found that ninety percent of the Queensland Government’s ICT systems were outdated and will require replacement within five years at a total cost of $7.4 billion, as Queensland continues to grapple with the catastrophic outcome of years of “chronic underfunding” into its dilapidated ICT infrastructure.

Victoria had been heading down the ‘cloud-first’ path for some time as well. In February 2013, the state released the final version of a new whole of government information and communications technology strategy containing hard deadlines for goals it wanted to meet over the 2013 and 2014 years.

Analysis at the time showed that the potential break-up of troubled IT shared services agency CenITex and the opening of the door to government adoption of the new cloud computing paradigm as being two of the most important themes written between the lines of the strategy. And, as in Queensland, the release of the strategy comes as similar audits have shown a comprehensive breakdown of the state’s ICT service delivery capabilities.

The document states that one new principle is that “cloud-based business technology services will be evaluated first for new and renewed systems”. It adds: “As systems become due for replacement, the opportunity will be taken to first evaluate cloud- based business technology services. The preference will be for standard versions with little or no customisation. Most services that are supplied using ICT are not unique, and many other governments around the world are using standard systems serving similar needs to Victoria’s. Government does not see itself as a builder and owner of large ICT systems in the future.”

Another new principle relates to a new focus on mobile platforms when designing online systems. The strategy states: “Mobility considerations (small, light and focussed) are important even when designing for non- mobile use. Front line information services, such as government websites, must consider ‘responsive design’ principles. There is expected to be an increased use of mobile devices.”

In a statement, Rich-Phillis said in its first year, the state’s ICT Strategy had achieved a number of goals, such as saving more than $15 million through renegotiating whole of government ICT contracts; launching an improved state Internet portal at www.vic.gov.au; beginning the transformation of CenITex from a service provider into a broker and manager of ICT services for the Victorian Government; implementing implemented a new Whole of Government ICT governance arrangement to strengthen ICT focus and to clarify responsibilities; making more than 1,300 datasets available at www.data.vic.gov.au to increase transparency and use for the public; and developing of an ICT capability framework to improve the skills of public servants
provided stronger guidance for ICT projects.

“In light of the fast-paced nature of ICT, the Strategy has been developed to have a rolling two-year horizon with an annual update to ensure it continues to keep up with the sector,” Mr Rich-Phillips said. “The intention of this update is to continue to guide ICT decision-making for the Victorian Government as a whole, as well as in individual departments and agencies.”

Victoria is inviting interested stakeholders to provide feedback on the next phase of its strategy — the update released this week.

According to Rich-Phillips, the framework for the next phase for the Strategy for 2014 and 2015 for consultation includes: Creating simpler access to accurate information and improving efficiency of transactions for users; increasing government productivity by more secure, reliable and efficient information flows to deliver better services; taking greater advantage of the opportunities provided by major technology trends such as location awareness, mobility, cloud-based platforms, faster applications development and improved means of dealing with cyber security; and ensuring engagement, investment and capability to innovate and manage risk are improved.